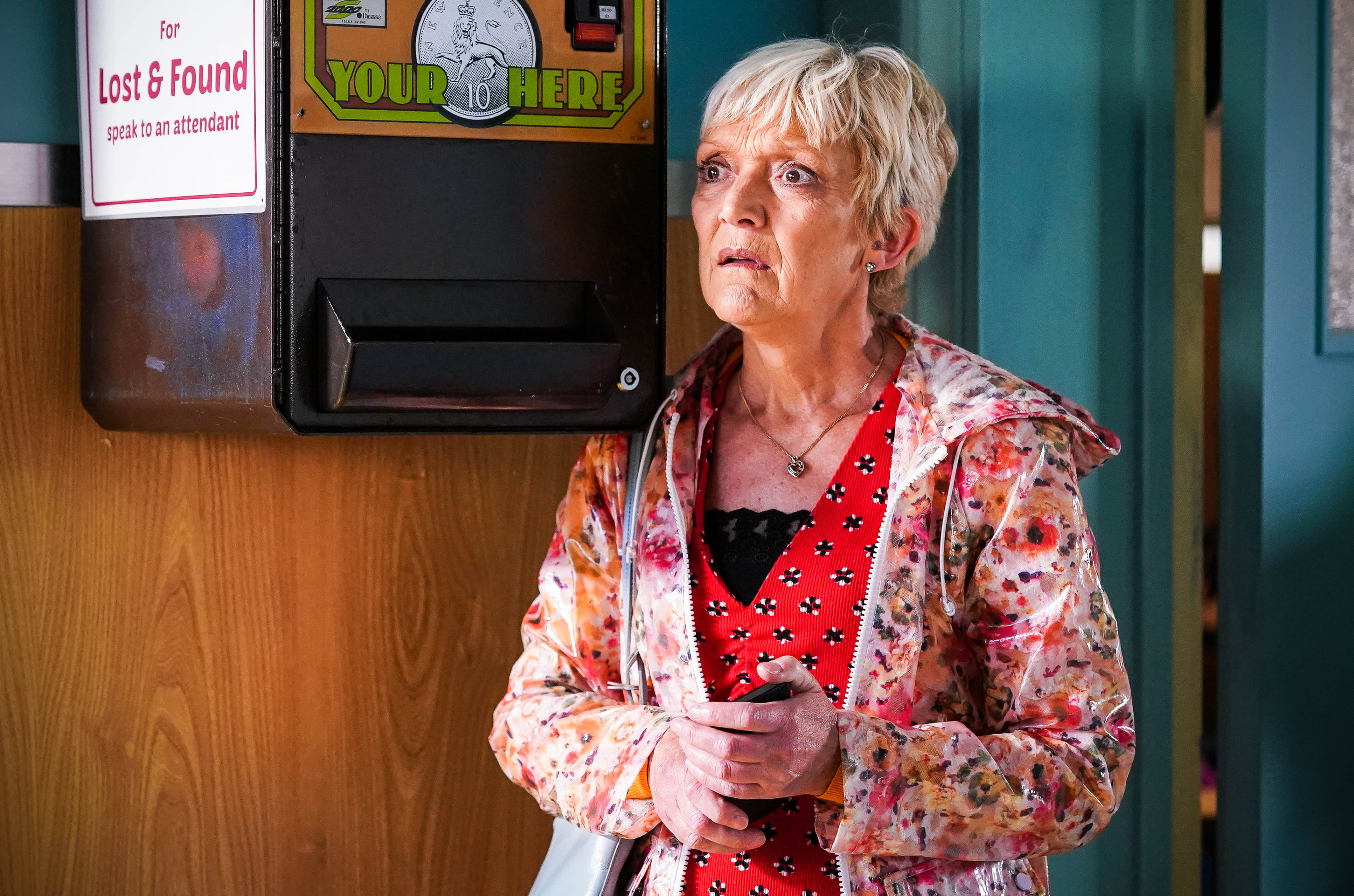 Jean Slater (Gillian Wright) is facing the prospect of time behind bars in EastEnders, following the discovery she was growing drugs in her garage.

During the lead up to Ruby’s (Louisa Lytton) exit scenes, she discovered Jean was growing cannabis and decided to report her to the police.

After the fire at Phil’s (Steve McFadden), Jean was arrested for possession of drugs.

But with her stress increasing, Jean collapsed and was taken to hospital.

Fortunately for Jean, while she was in hospital, she was told that her cancer hadn’t returned.

The happiness for Jean certainly didn’t last long as the detective in charge of her case reminded her she could go to prison for a very long time.

Coming up, Jean heads off to appear in court on drug charges relating to Ruby.

Could Ruby’s betrayal see Jean face time behind bars, so soon after the ordeal with Stacey (Lacey Turner)?

Or will Jean’s lack of criminal activity in her life see the courts decide time in jail isn’t needed?