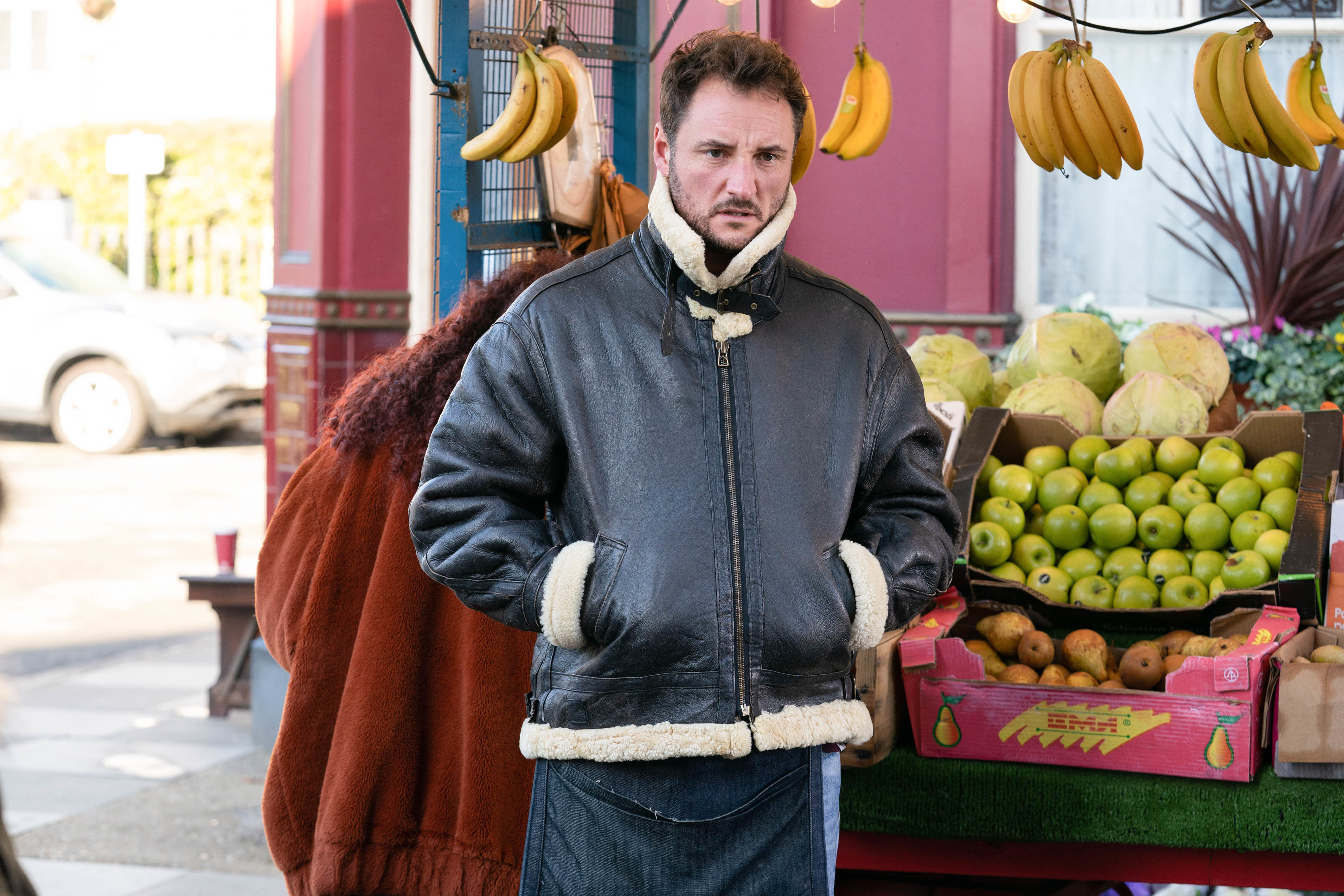 Martin Fowler (James Bye) is in quite the predicament next week in EastEnders, as he’s offered a huge job – right in the middle of discovering Lily Slater’s (Lillia Turner) pregnancy.

After Stacey (Lacey Turner) learnt that her daughter is pregnant, she chose to keep it a secret from Martin.

Because of Lily’s age, the police were involved in the initial aftermath, which meant the Slater family faced questioning – and that included Martin.

When the police arrived at Sharon’s (Letitia Dean), Martin soon learnt the truth and was furious that he found out so late.

Next week, as Jack (Scott Maslen) sorts out a meeting between himself, Martin, Stace, Sam (Kim Medcalf) and Denise (Diane Parish), Martin is given extra to think about in the form of a new job.

We know he’s the fruit and veg stall owner, yes, but Martin is also offered a few weeks’ well-paid work in Turkey but worries about being far away from Lily at such a difficult time.

But will he pluck up the courage to tell Stacey?

As Martin contemplates his options, actor James Bye’s life has been filled with a lot of happiness recently, as he and wife Victoria headed to St. Lucia to renew their vows.

However, the ever-changing weather decided to test the couple, their friends and family, as torrential rain and strong winds threatened to put a halt to their day.

Fortunately, as the sun broke and a rainbow appeared, Victoria and James’ ceremony went ahead, surrounded by their friends and family.