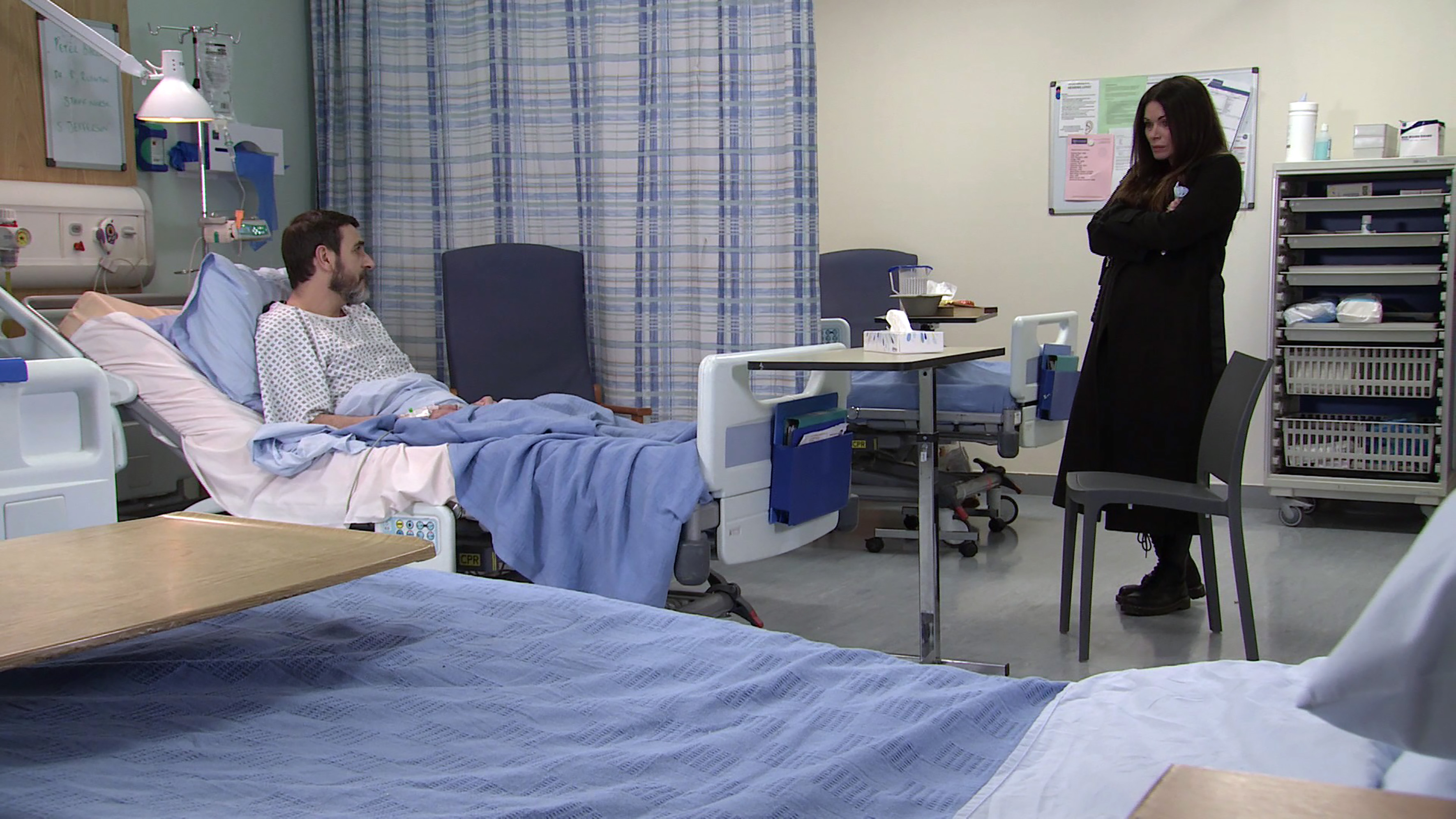 It’s been a difficult few months for Carla Connor (Alison King) in Coronation Street. As she continues to support Peter Barlow (Chris Gascoyne) through his alcohol recovery process, it’s safe to say Carla is worried sick about him, and in the coming weeks, her worry increases as Peter collapses and is rushed to hospital once more.

Peter enters No.1 from the back yard stumbling into a piece of furniture as he tries not to wake the family.

When Peter fails to show up for his shift on the switch, Steve (Simon Gregson) is furious to find him at No.1 slurring and stumbling all over the place.

As he accuses him of drinking, Peter struggles to speak to ask Steve for help. Disgusted by his apparent drunkenness, Steve bars his exit.

As Steve tears into him for drinking again, Peter weakly gasps that he’s sober but unwell. Steve refuses to believe him and locks Peter inside.

Elsewhere, Lucas (Glen Wallace) convinces Carla to take some time for herself and they head into town.

Over at No.1, Peter looks terrible, and tries to drag himself to the door but collapses.

Carla and Lucas arrive back to find Steve waiting with the news that Peter has been rushed to hospital, drunk.

It’s another trip to hospital for Peter, but what will the doctor say about his health this time?

Is Peter telling the truth about not drinking?