Pablo Larraín’s upcoming Princess Diana drama “Spencer” has found its Prince Charles in English actor Jack Farthing. The 35-year-old performer is currently filming the project opposite Kristen Stewart as Princess Diana, a new photo of which has been released (see below). Larraín has been filming “Spencer” in Germany, but now the production is heading to the United Kingdom for the final stretch of principal photography. Neon will be releasing “Spencer” in theaters later this year.

The official “Spencer” synopsis reads: “December, 1991: The Prince and Princess of Wales’ marriage has long since grown cold. Though rumors of affairs and a divorce abound, peace is ordained for the Christmas festivities at Sandringham Estate. There’s eating and drinking, shooting and hunting. Diana knows the game. This year, things will be a whole lot different.”

“Spencer” is a contained narrative set over the course of a single Christmas weekend as Diana comes to terms with the end of her marriage to Charles. The supporting cast also includes Timothy Spall, Sally Hawkins, and Sean Harris.

The roles of Diana and Charles have proven to be awards bait for “The Crown” stars Emma Corrin and Josh O’Connor, who picked up Golden Globes and Critics Choice Awards for their performances as the British royals in the most recent season of Netflix’s “The Crown.” The performers are nominees at the Screen Actors Guild Awards next month and are favorites for the Emmy Awards later this year. Will Stewart and Farthing have similar awards success? Neon is certainly hoping, as the fall “Spencer” release plan positions it for the 2021-22 Oscar season.

Farthing is best known for his performances on television series such as “Blandings” and the BBC One drama “Poldark,” in which he starred as the villain George Warleggan. The actor’s film credits include last year’s time-loop Netflix romantic comedy “Love Wedding Repeat.”

With Stewart and Farthing leading the film in front of the camera, Larraín has assembled an all-star crew behind the camera to bring “Spencer” to life. The creative team includes cinematographer Claire Mathon (“Portrait of a Lady on Fire”), costume designer Jacqueline Durran (a recent Oscar winner for “Little Women”), and composer Jonny Greenwood (“There Will Be Blood,” “You Were Never Really Here,” and Oscar nominee for “Phantom Thread”).

Neon is eyeing a fall 2021 theatrical release for “Spencer” ahead of the 25th anniversary of Diana’s death in 2022. Check out the latest look at Stewart as Diana in the photo below. 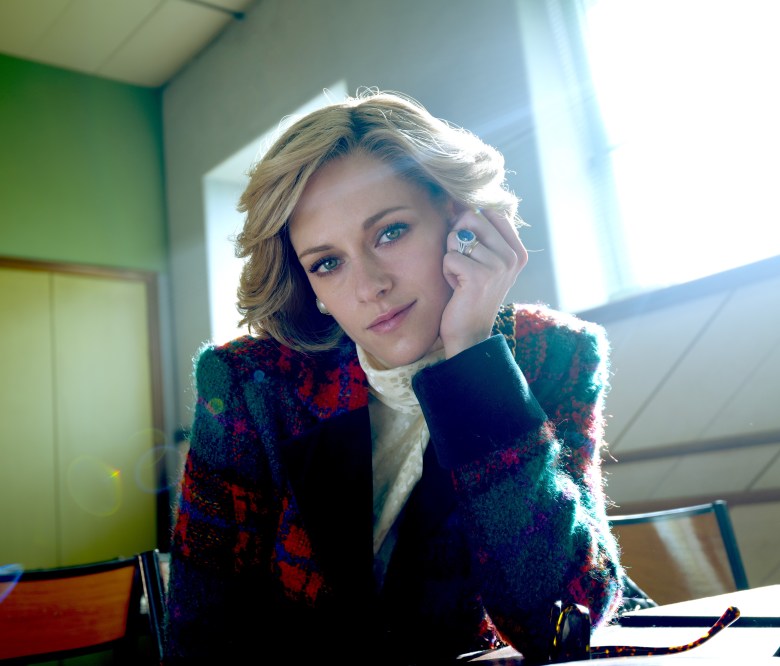 Election Night Preview: How The Networks Plan To Cover The Finale To A Campaign Of Chaos And Confusion