SOPHIE Turner was seen for the first time since welcoming daughter Willa as she enjoyed a stroll with her husband Joe Jonas.

The couple was seemingly taking a break from their new duties as parents for some much needed fresh air. 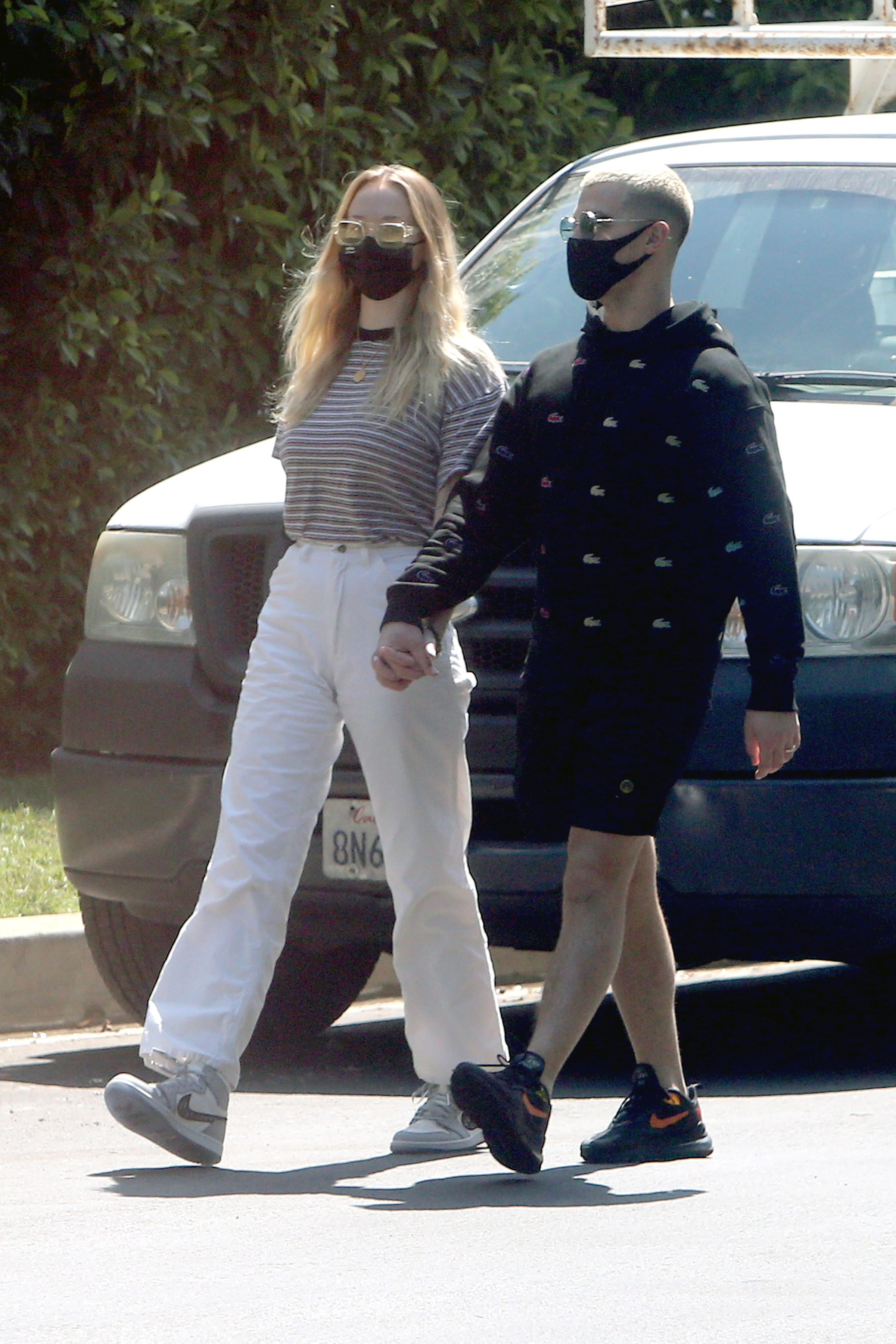 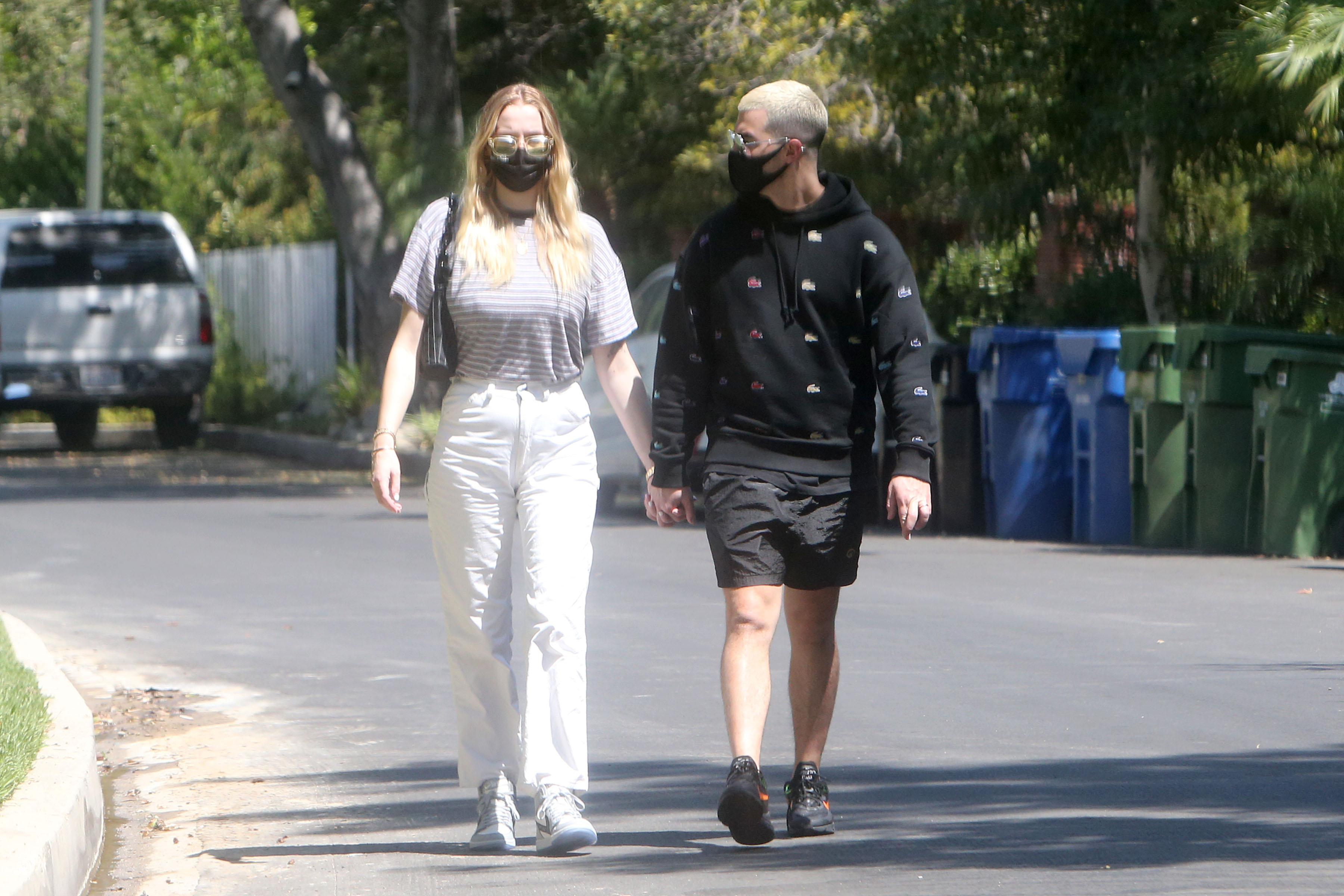 Sophie, 24, and Joe, 31, were spotted holding hands as they walked around their Los Angeles neighborhood on Thursday.

She rocked a stripped shirt tucked into a pair of white mom jeans – no pun intended – and gray Nike high-top sneakers.

The mother of one rocked her blonde hair down and complimented her look with yellow-tinted sunglasses, a black face mask,and a tiny black purse. 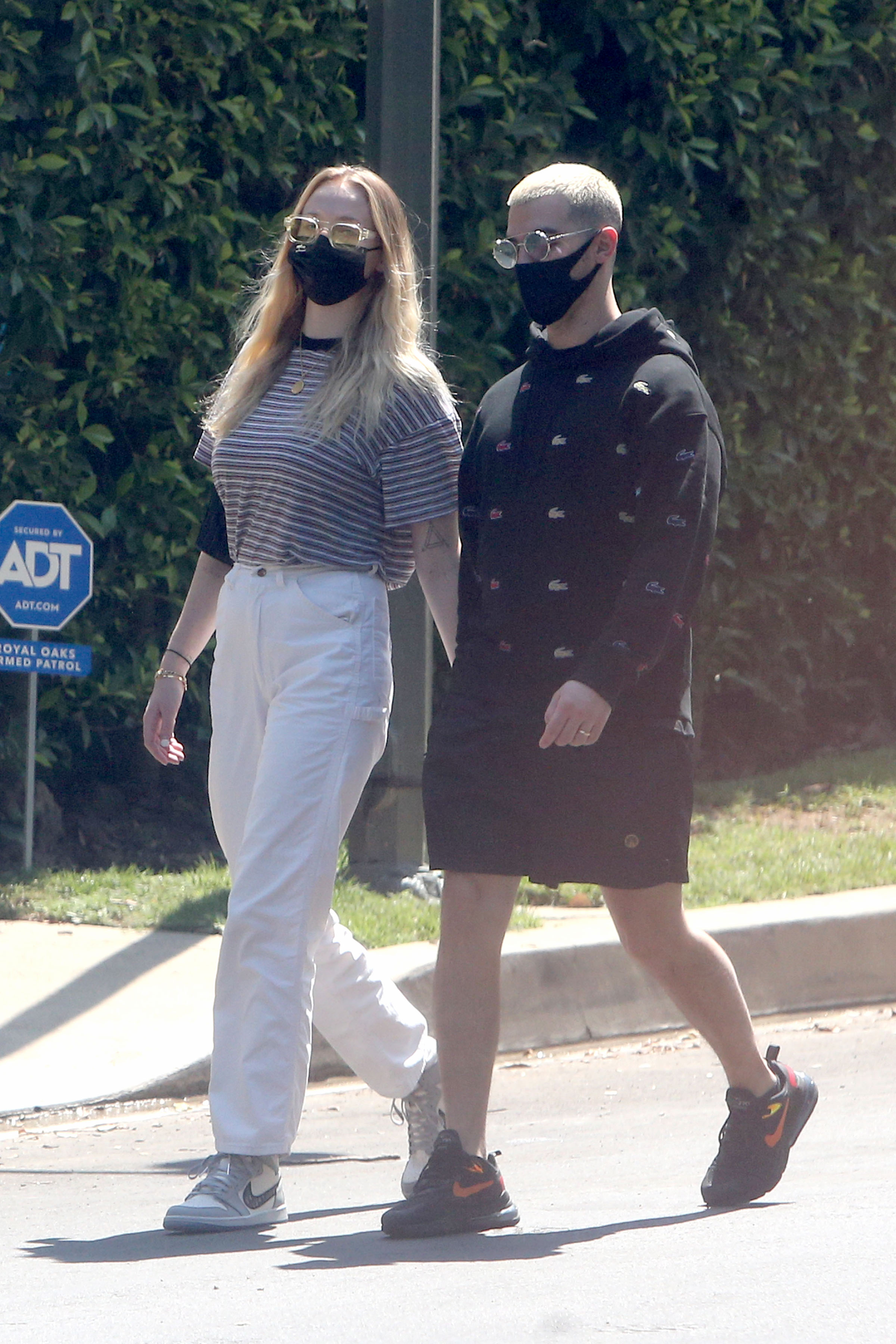 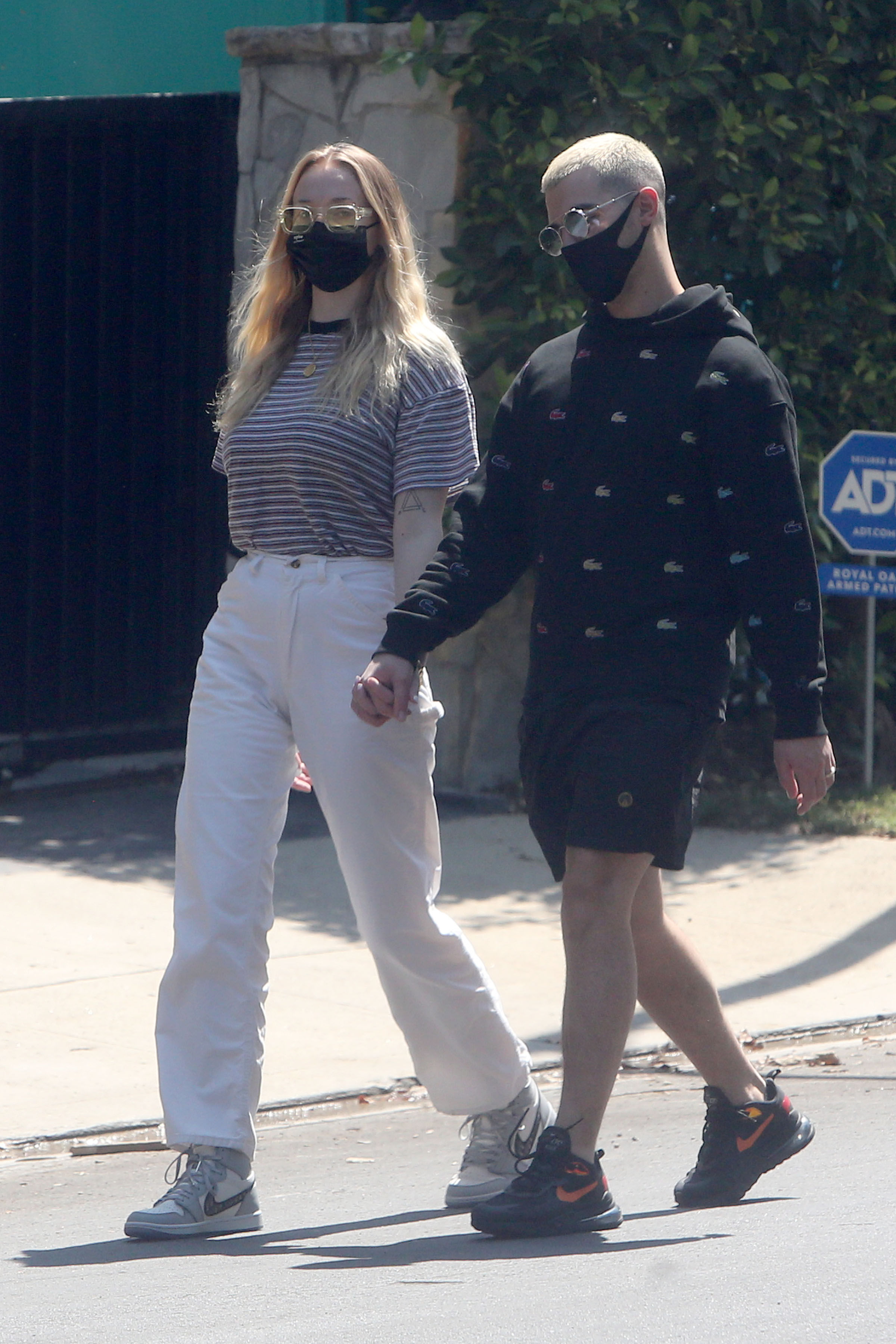 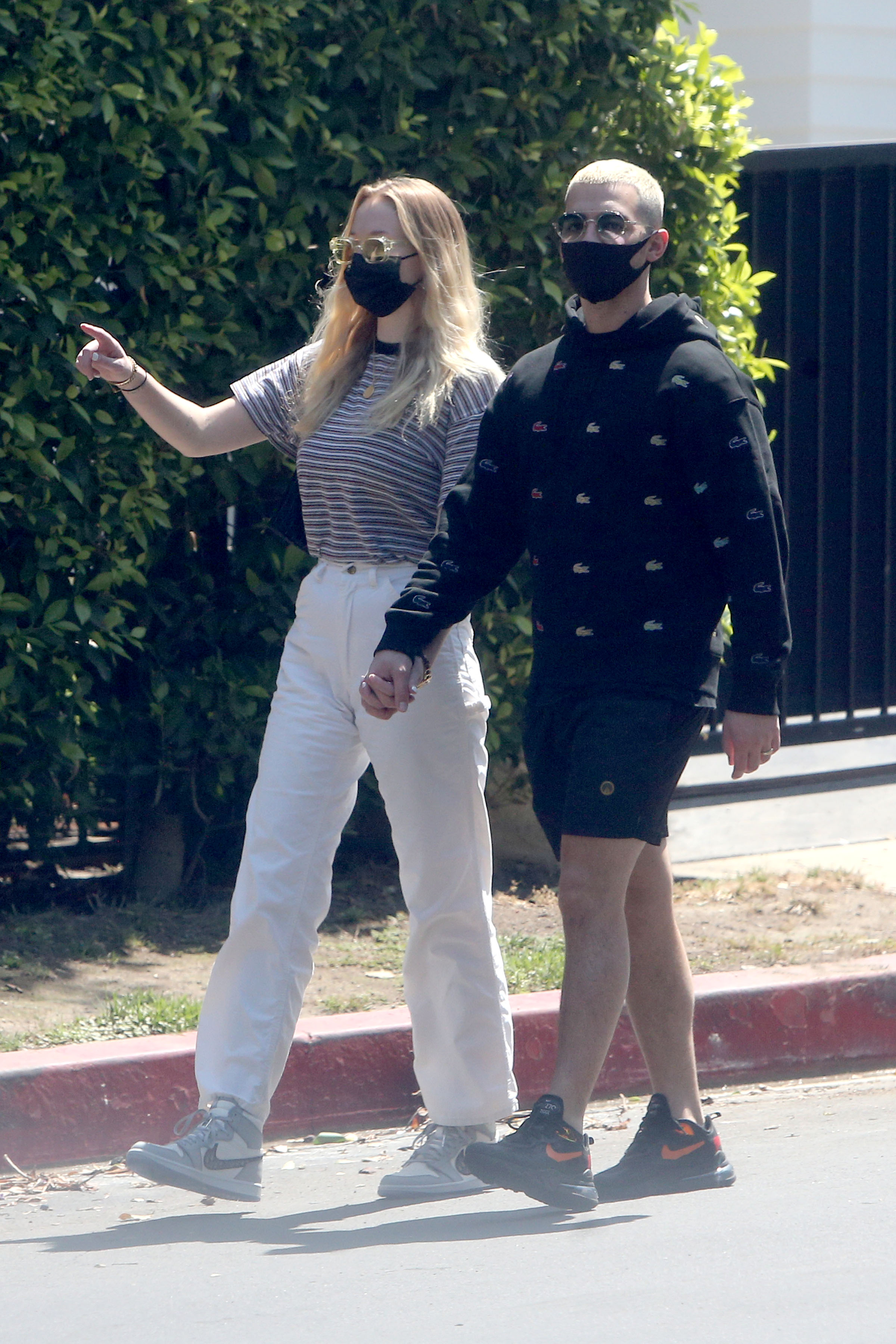 The Jonas brother – who showed off his matching blonde hair – stood close by her side as he held on to her hand.

He wore a black hoodie under the blazing California sun with black shorts and black Nike sneakers.

The former DNCE singer also wore round sunglasses and a CDC-approved face mask. 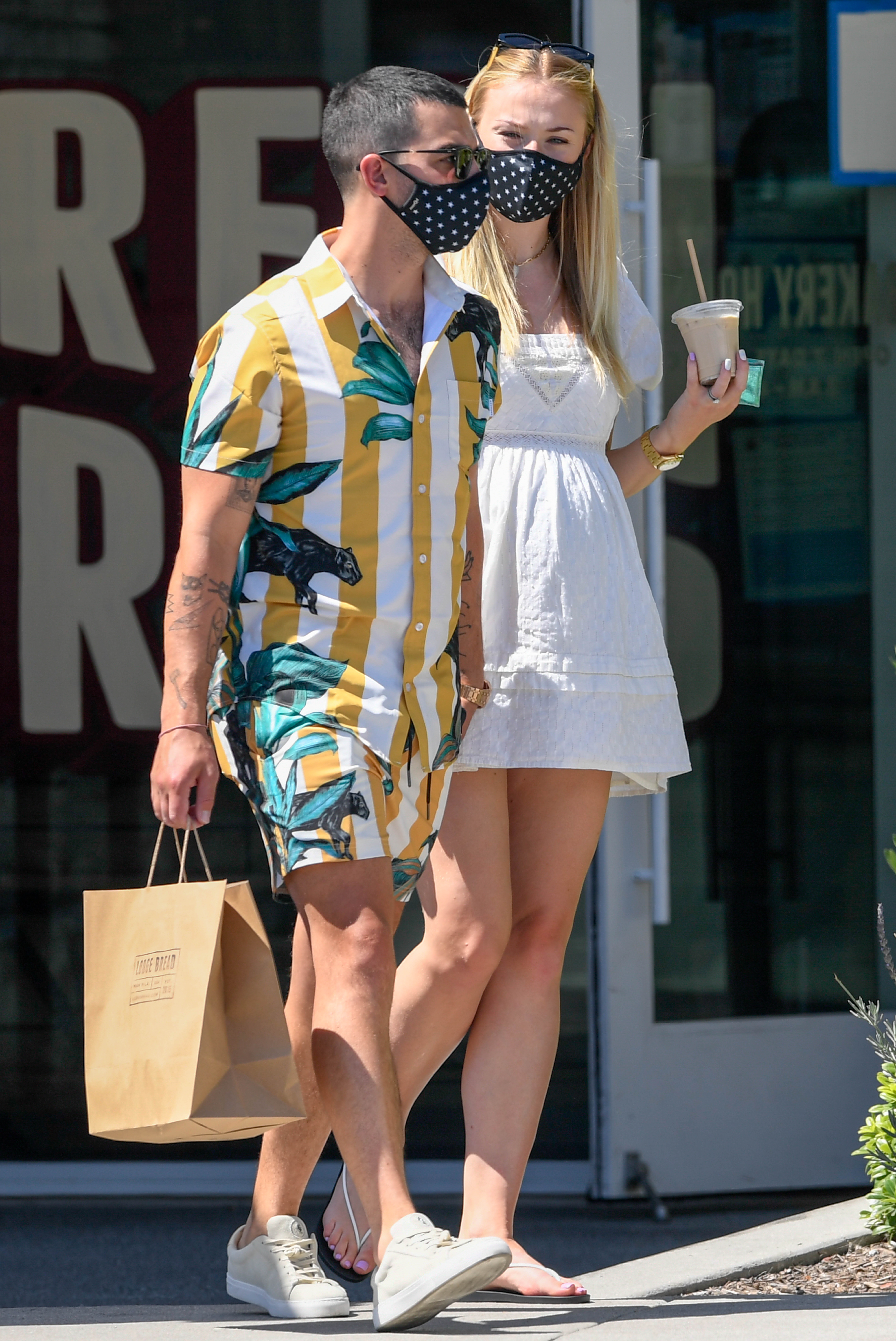 Just one month ago, Joe and Sophie urged their fans to continue wearing their masks as cases rise around the world due to the coronavirus pandemic.

Mocked up as a magazine cover, the one headline reads: “WEAR A MASK, THAT’S THE TEA”.

Unfortunately, there was no sign of their daughter Willa and fans might not get to see her for a very long as the couple never officially announced they were expecting. 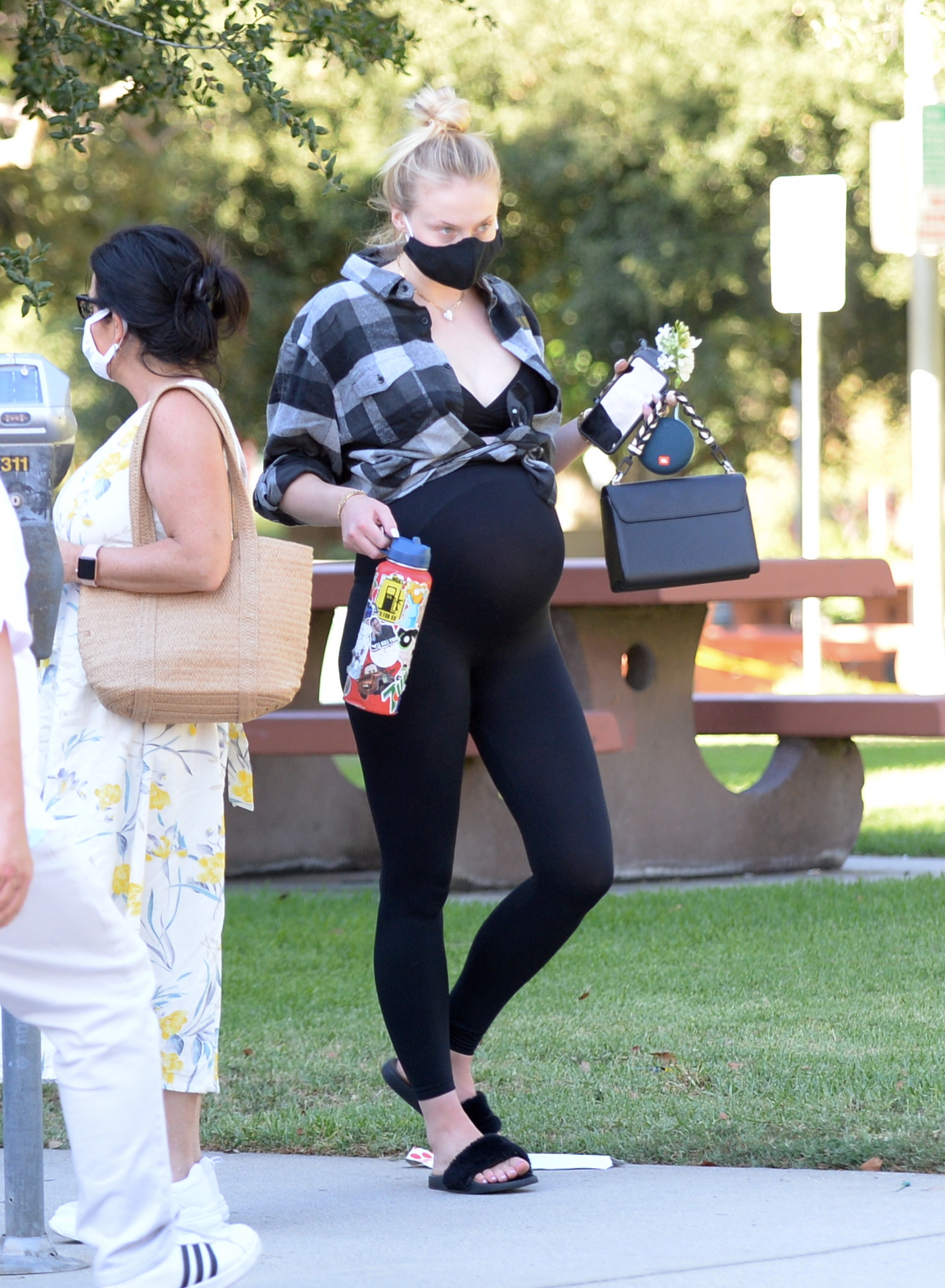 Reports that Sophie was pregnant with her husband's baby began back in February 2020.

The pair never officially confirmed they were expecting their first child but in May 2020, the couple was spotted out and about in LA with the actress proudly showing off her baby bump.

“The couple is keeping things very hush hush but their friends and family are super excited for them," sources told Just Jared earlier in the year, while another source told E!: "They told their families recently and everyone is ecstatic and so happy for them." 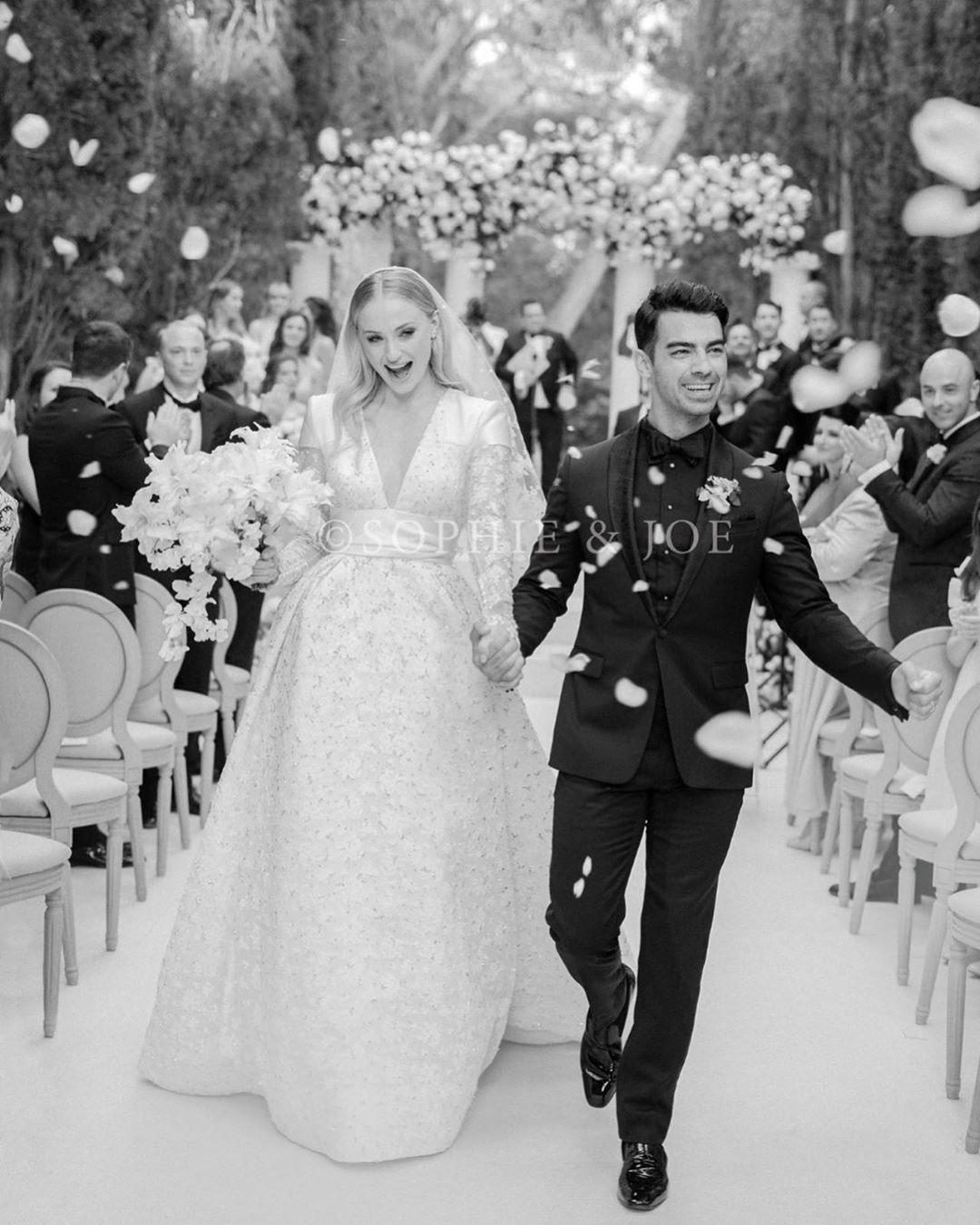 Sophie and Joe officially were married in Las Vegas in an eloped ceremony after the Billboard Awards in May of 2019 where the Jonas Brothers were performing.

Shortly after the show ended Sophie and Joe – along with a small group of friends and family – made their way to the Chapel L’Amour inside A Little White Wedding Chapel. 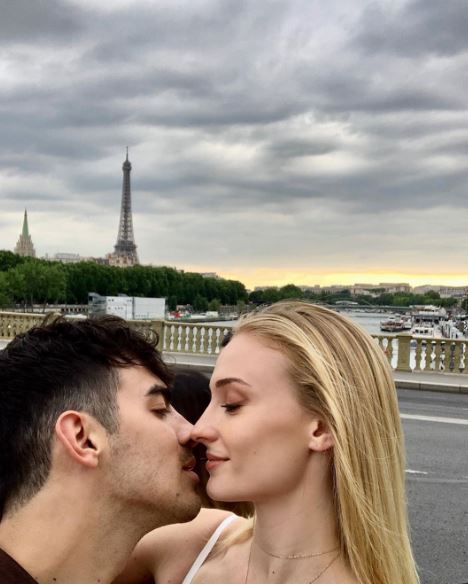 After their Vegas rendezvous, the newlyweds had a formal wedding in late June of 2019.

Their second wedding was held at the Chateau de Torreau in the south of France.

Sophie was joined for the big day by her former co-star and best friend Maisie Williams, who helped her get ready, and the large group of friends and family later partied the night away in a huge marquee set up in the grounds.

It’s thought The Jonas Brothers may have performed at the ceremony as a keyboard and music stands were set up in the marquee.

Actor Nigel Havers reveals all about his raunchy sex life

Legacies season 3 cast: Who is in the cast of Legacies?