Selena Gomez will make the trek from the Arconia to 30 Rockefeller Plaza later this month, when the Only Murders in the Building star makes her Saturday Night Live hosting debut. 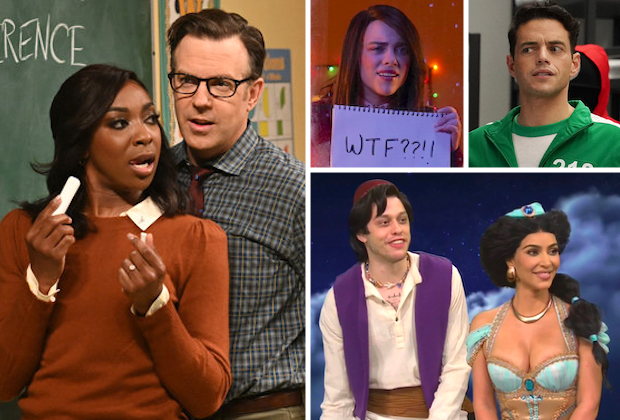 NBC on Friday announced that Gomez, who previously served as musical guest in 2016, will return to Studio 8H to lord over the penultimate Season 47 episode, airing Saturday, May 14.

Gomez will be joined by first-time musical guest Post Malone, who will perform in support of his forthcoming album “Twelve Carat Toothache,” which is set for release on Friday, June 3.

The host and musical guest for the May 21 finale will be announced at a later date.

Gomez currently stars as Mabel Mora, one-third of the true crime-solving trio at the center of Hulu’s Only Murders, which is set to return for Season 2 on Tuesday, June 28 (get scoop). It’s perhaps worth noting that her OMITB costars, Steve Martin and Martin Short, have previously hosted 13 and three times, respectively, and have been known to make the occasional cameo. In fact, Martin has already appeared twice during Season 47 — first in a pre-taped segment, opposite Short, during the Paul Rudd-hosted, COVID-impacted Christmas show, then again in February to usher John Mulaney into the Five-Timers’ Club (watch here).

As previously reported, Doctor Strange in the Multiverse of Madness star Benedict Cumberbatch will make his SNL encore this weekend, with fifth-time musical guest Arcade Fire.

Are you looking forward to Selena Gomez’s SNL hosting debut? What about Post Malone? Sound off in Comments.

'The Office': Why 1 of the Stars Was Nicknamed 'The Statue'