Sir Tom Jones moved fellow The Voice UK coach Anne-Marie and viewers to tears on Saturday night’s opening episode of the new series as he paid tribute to his late wife.

The legendary Welsh singer was encouraged by the audience during a break between auditioning acts to give an impromptu performance after the coaches discussed which song they would use if they were trying out for the show.

Having shared he would go for a ‘power ballad’, he then opted for the song I Won’t Crumble With You If I Fall from his 2021 number one album Surrounded by Time.

Remaining in his red spinning coach chair for the spine-tingling rendition, he had a visibly moved Anne-Marie as well as fellow judges Olly Murs and Will.i.am in thrall, alongside the silent studio audience.

After finishing, Anne-Marie told him: ‘I think that was one of the best moments of my life,’ while Olly said that it ‘was so special’.

However, when the It’s Not Unusual star opened up about the meaning he connected with the song, it moved the 2002 singer to tears. 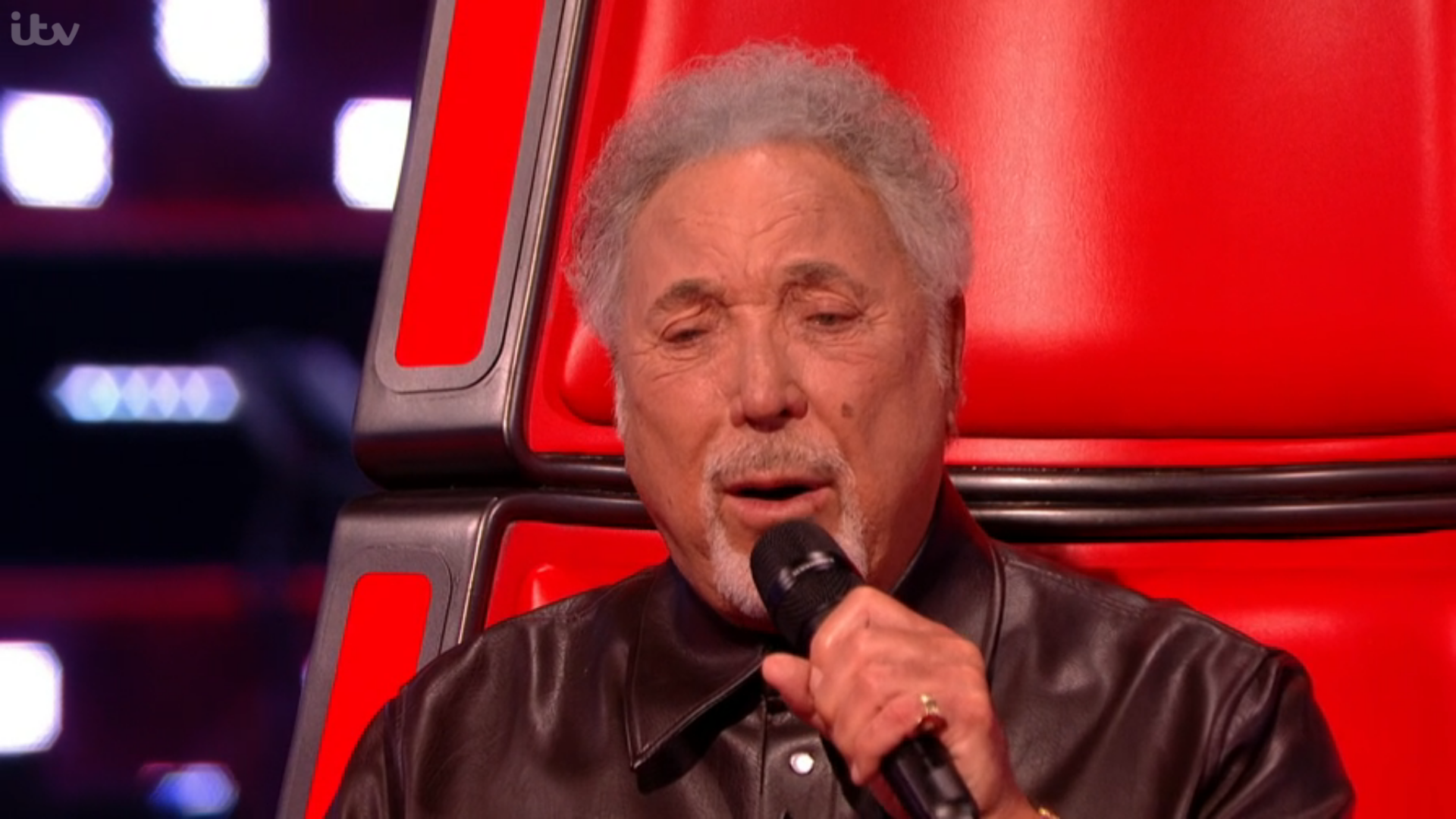 ‘My wife, she was dying of lung cancer,’ he began, referencing his spouse of almost 60 years Melinda’s death in 2016.

‘But she said you can’t crumble with me, don’t fall with me now, you’ve done everything you can, you must carry on and do what you do.

‘When I heard it I thought, “My God it’s like this was written for this situation”. It’s a lovely song.’

Anne-Marie had previously revealed that she had to walk off set afterwards because she was so overcome after his performance.

‘Not because it was bad because it was so emotional, this is a testament to him and why he’s been able to stay around so long because he feels it,’ she told the Daily Star and other press.

‘Every word he says and every song he releases is because he means it and he was singing that song and he said this is to my wife and it f**ked me up.’

Olly added: ‘When you see someone who loves his wife so much you could see the pain.’

Viewers were also moved by Sir Tom’s voice and words.

‘Ah this moment of deep emotion,’ commented one fan, while another added: ‘Truly beautiful.’

‘This bought a tear to my eye, so emotional,’ wrote one fan. ‘Thank you for sharing this beautiful song with us. Watching the way Ollie [sic], Will and Anne-Marie look at you in ore [sic] and with such love and respect is so heartwarming.’

‘Thank you for the beautiful words at the end about your late wife,’ they added.

The Voice continues next Saturday at 8pm on ITV.

Euphoria season 2 episode 1 cast: Who is in the cast?