The Shondaland founder told Vanity Fair that she was “really shocked” when fans reacted with heartbreak and disbelief, with even stars like Kim Kardashian sharing their responses on social media. “We didn’t even kill him, he’s still alive,” Rhimes joked, noting that she usually gets that sort of reaction when she’s killed off a fan-favorite character who’s been around for a long time. Page has only starred in the first season of the cheeky regency drama, but it was obviously an unforgettable performance! Although the Duke of Hastings continues to be a presence in author Julia Quinn’s bestselling novels, he is no longer the primary focus as the stories shift to different family members, so his absence isn’t far-fetched.

According to Rhimes, she didn’t expect “this much of an explosion” since the Bridgerton series centers on a different romance in every book, rendering Page’s presence less necessary after his initial season, but chalks the intense reaction up to a job well done. “[Regé-Jean] is a powerful, amazing actor and that meant we did our job — every season, our job is finding the right people and putting together this incredible, world-shifting romance,” she said. “I mean, really: what would Regé-Jean do, you know what I mean? We gave them their happily ever after! And now we have this next couple coming.”

Pleasure and a privilege! An honour to be a member of the family – on and off screen, cast, crew and incredible fans – the love is real and will just keep growing ❤️💫 https://t.co/YBk4RvKNpx

Rhimes’ production partner, Betsy Beers, noted that it’s “delightful” that fans are invested in Page and his character, because the 31-year-old British actor is “a terrific guy.” Rhimes added that finding performers that audiences will love and become “incredibly overly attached to,” has been their job for 20 years now, and the goal is for fans to get “enraged” when they move them around — or kill them off.

The Bridgerton executive producer confirmed that Page had a one-season deal at the beginning of the first season and that anything else was “extra.” Rhimes also clarified that Page and a few other characters were invited to return for season 2 cameos, but Page ultimately turned it down. The actor previously told Variety that he was drawn to the role because it was a “one-season arc” with a “beginning, middle, end.” He said it was always his intention to “contribute my bit and then the Bridgerton family rolls on.”

On the bright side, Netflix recently renewed Bridgerton for seasons 3 and 4, which means there’s a lot more saucy drama in fans’ futures. Rhimes wouldn’t say who might be returning for either installment, but gave the reminder that the entire concept of the series is a new “hot couple” to fall in love with every season. So it’s up to fans to lay back and get ready to fall in love!

Dearest readers, this author brings a most exciting announcement… pic.twitter.com/sV0QiYcn8z

Season 2 of Bridgerton will begin shooting in London this spring and focuses on Daphne’s older brother, Anthony (Jonathan Bailey), as he “intends to dominate the social season.” Sex Education‘s Simone Ashley is set to play Anthony’s love interest, Kate Sharma, newcomer Charithra Chandran will play Kate’s younger sister, Edwina, and Rupert Young will stars as a new character specifically created for the series.

As for where fans can see Page next, the actor has lined up a few high-profile projects, including Ryan Gosling and Chris Evans’ The Gray Man and the film adaptation of Dungeons & Dragons.

How Shonda Rhimes Transformed TV, From 'Grey's' to 'Bridgerton'

Regé-Jean Page Says 'the Love Is Real' After Leaving 'Bridgerton' 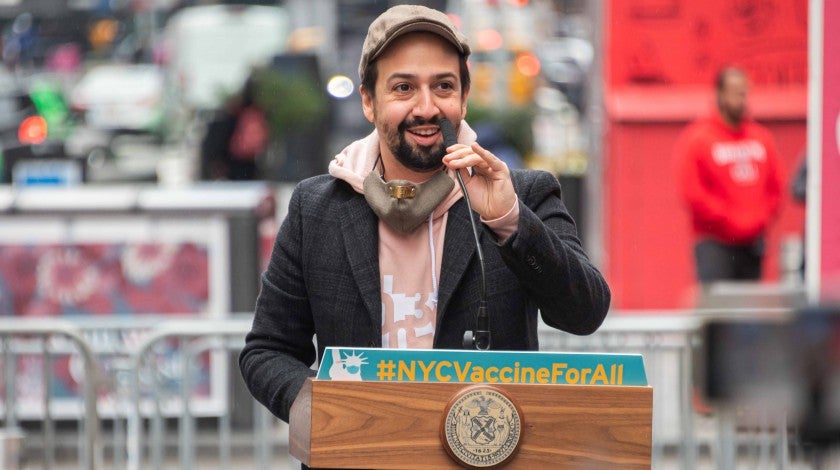 'NCIS': Pauley Perrette Helped Sean Murray Get Through a Difficult Scene With a Trick That Made Him Feel Like ‘The Worst Actor in the World’