Selling Sunset season three is on Netflix and fans got emotional watching Chrishell Stause go through her divorce. The real estate agent at The Oppenheim Group had been married to TV star Justin Hartley, but he initiated the separation. Season three showed how Stause responded after she received a text about the divorce from Hartley.

How did Chrishell Stause respond to Justin Hartley’s divorce text?

Fans could not help but shed a tear for Stause as she spoke candidly about her divorce from Hartley this season.

At the end of season two, fans learned no-one at The Oppenheim Group suspected what was about to happen.

Stause said she too was heartbroken to hear of the news, and within hours it was known across the world.

She revealed to Mary Fitzgerald she had found out about the divorce via text message, and Fitzgerald looked shocked.

The couple got married in 2017 and Stause believed they were happy as they had recently bought a new home together. 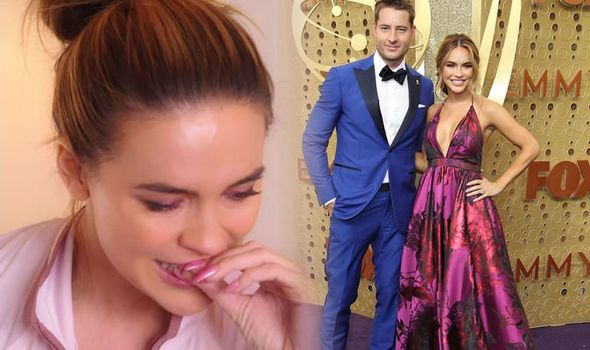 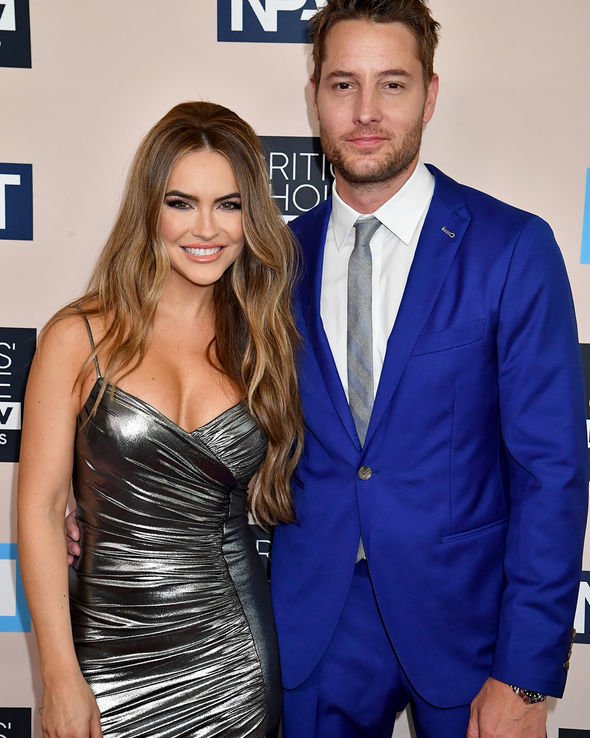 Presenters Sangita Patel and Graeme O’Neil spoke during ET Canada Live about the way Stause found out about the break-up.

“According to Chrishell they were even on good terms 24 hours before he filed.”

In an emotional scene on Selling Sunset, Stause told Fitzgerald: “Sorry I’m kind of still in shock with it all.

“I’m trying to keep it together but it’s a lot all at once because everybody in the whole world knows the same time that I knew.”

Fitzgerald asked if the pair had been in an argument in the period leading up to the divorce. 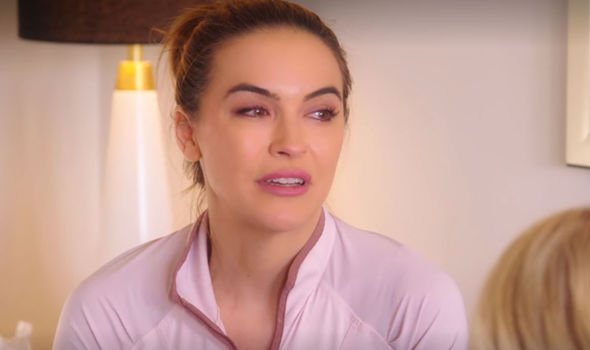 Stause said: “We had a fight that morning over the phone and I never saw him since, we didn’t talk things through.

“Before we had a chance to figure anything out, he filed.” Fitzgerald asked how she had found out and whether Hartley had spoken to her.

Fitzgerald’s face dropped when Stause said she found out via text message and she said: “He just blindsided you?”

Stause said: “Because of the crazy way in which this went down people want answers, I f** want answers.” 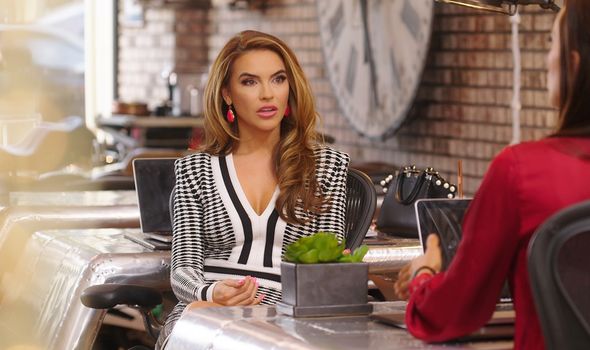 Viewers had a lot of thoughts about the way in which Hartley had told Stause about the divorce.

One fan said on Twitter: “Even if Chrishell knew there were problems in their marriage, it’s still humiliating to get a TEXT from your spouse saying that they filed for divorce.

“It doesn’t matter if Justin was nice. That wasn’t a nice thing for him to do #SellingSunset.”

Another fan said: “I feel so bad for Chrishell. I can’t imagine my husband telling me he wants to divorce over TEXT.”

Hartley had listed the couple’s separation date as July 8, 2019 while filing for divorce. However, Stause listed it as November 22, 2019 – the day he filed.

She said she had found out minutes before leaving the house for work, so she grabbed a few things and left.

Us Weekly spoke to a source close to Hartley about what he made of Stause speaking of their divorce on Selling Sunset.

The source said: “He’s irritated that she’s airing their private information publicly and knows there is more to the story than is being told.”

Co-star Amanza Smith updated fans on how Stause was getting on post-divorce, and she said she was “doing awesome”.

Stause was nominated for a Daytime Emmy Award in 2020 for her role in Days of Our Lives.

Selling Sunset is available to watch on Netflix now

Why is Caprice Bourret not on Dancing on Ice tonight? – The Sun