During season 4 of Selling Sunset, viewers got to meet Emma Hernan. Right away, the real estate agent was embroiled in drama with Christine Quinn as the two of them had some history together.

However, it seems Hernan and Quinn are not moving past their differences anytime soon. Hernan recently shared that there is “zero” chance of her and Quinn being friends.

The biggest storyline of season 4 might have been the feud between Hernan and Quinn.

According to Quinn, her ex-boyfriend, Peter Cornell, cheated on her with Hernan. However, Hernan insisted that Quinn and Cornell had already broken up by the time Hernan and Cornell got together. Quinn also alleged that she and Cornell got engaged, but Hernan maintained that that never happened.

The other cast members on Selling Sunset quickly took sides. Mary Fitzgerald, who was friends with Quinn for years, took Hernan’s side, as did Chrishell Stause. Meanwhile, Vanessa Villela grew close to Quinn and wanted there to be more conversations between Quinn and the other agents in the office.

In a new interview with E! News’ Daily Pop, Hernan talked about the ex-boyfriend storyline. She admitted that the drama with her and Quinn made her hesitant about joining the show.

“That that was my hesitation, for sure, with joining,” Hernan said. “I didn’t really want to have to deal with that because I’ve dealt with it for so long, for so many years, with such negative energy … But in the same breath, it was an opportunity for me to go out there and show everything that I’ve accomplished on my own as a woman entrepreneur. I’ve worked really hard my entire life.”

However, Hernan does not expect anything more to happen between her and Quinn. She told E! that there is “zero” chance of them becoming friends.

“I mean, I’m sorry, we’re just too opposite,” Hernan explained. “If you could pick two more opposite people in the entire world, that would be the two of us. We’re on two completely different ends of the spectrum and I’ve tried for so long.”

Hernan added, “You’ve seen it with the other girls as well. It’s not only me: She’s done things that are really below the belt to people that I care about and genuinely love. For me, there is just no hope.” 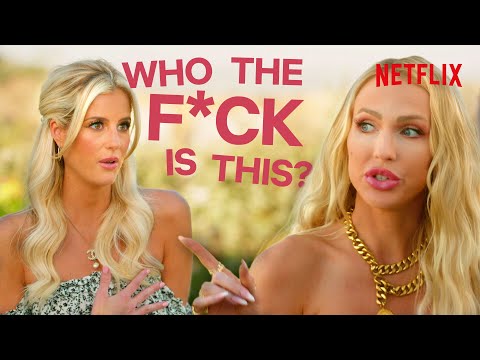 In Dec. 2021, Hernan also revealed on the Not Skinny But Not Fat podcast that she did not expect the storyline to be such a large part of the show.

“I thought, you know, it’d have to be touched on. We’d address it and move forward, but no, it went to a whole other level,” Hernan admitted.

She also believes Quinn had an “infatuation” with the storyline and wanted to push it out there.

Hernan said, “There’s an infatuation with the relationship that happened years and years ago. I don’t understand it, and I don’t agree with it. So for me, every time I hear things being said it was just like eye-rolling. But also too like I don’t understand what is wrong with somebody that is so infatuated with a situation that happened so far in the past.”

Star Wars Celebration Is Still On (For Now)