Following the popularity of Seaspiracy on Netflix, This Morning hosts Alison Hammond and Dermot O’Leary spoke to create Ali Tabrizi and a British fisherwoman about the accuracy of the claims in the documentary. The hosts also questioned whether the public should really give up eating fish all together.

Alison and Dermot both asked Ali if they should be cutting fish out of their diet while the fisherwoman insisted fishing could be sustainable and fish could still be caught.

She pointed out that she wasn’t sure how accurate the study of the Great Pacific Garbage Patch is with regards to how damaging it is to the environment.

The Great Pacific garbage patch is described as the Pacific trash vortex, a gyre of marine debris particles, in the central North Pacific Ocean. 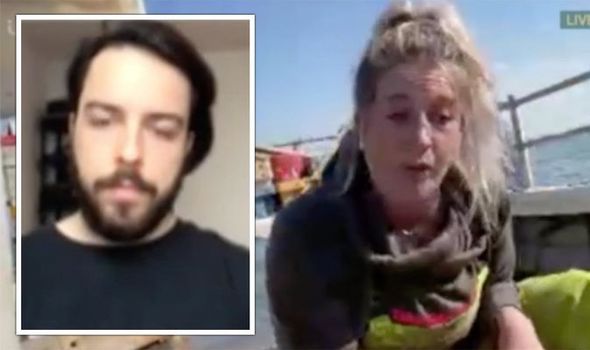 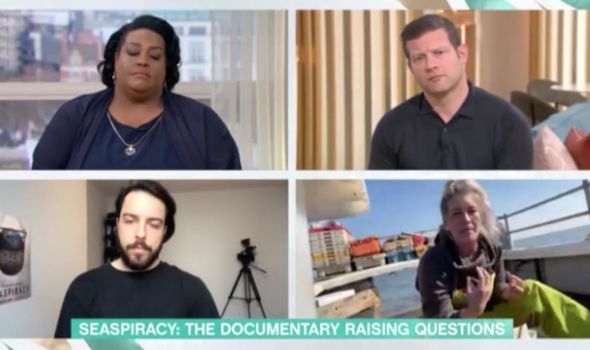 “There’s some great initiatives surrounding recycling, the nets and things like that which do wash up.

“I actually thought the Great Pacific Garbage Patch, the 46 percent of fishing gear was actually, the project that caught it was actually trawl net, it was trawled up.

“Anything small in that trawl would have gone through it. I don’t know how accurate that study is.

“Also, micro plastics, they’re not going to have been hauled up in that study, and they’re thinner so things like the straws, it’s going to break down a lot quicker. 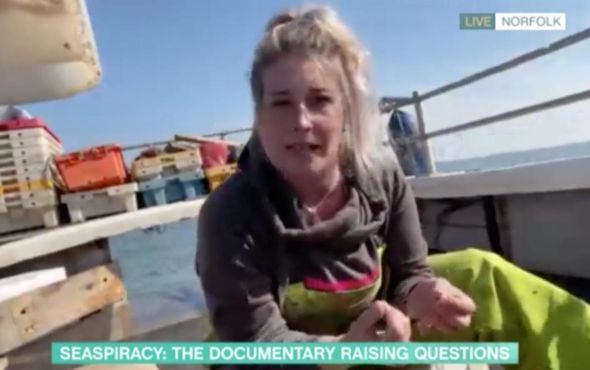 Dermot O'Leary reveals he 'was a partner of a fish restaurant'

“How accurate that study is, I’m not sure so.”

“Well, you know it’s absolutely fascinating this conversation, thank you for joining us,” Alison said.

As she wrapped up the debate, Ali could be seen shaking his head in exasperation.

Earlier in the chat, Dermot has clashed with Ali as he said he knew first hand fishing could be sustainable as he had run his own fish restaurant.

“I was a partner in a fish restaurant in Brighton for seven years and we prided ourselves on being sustainable,” Dermot said.

“In those seven years we never served cod as our fish and chips once. We served dogfish which you market as rock salmon, we served whiting, we served pollock, all of this stuff we made sure we sourced sustainably so there is a way of doing this. Ali do you agree?”

Ali hit back: “Well it depends because sometimes you could get by-catch and say well let’s just keep it and that will be sustainable but all that means is that population of say dogfish starts getting depleted.

“Time and time again we have this ‘adapt to diminishment.’

“So those measures might be better but ultimately I think we need to be leaving your oceans alone at this point.”

This Morning airs weekdays on ITV at 10am.

Seaspiracy is available to watch on Netflix now.