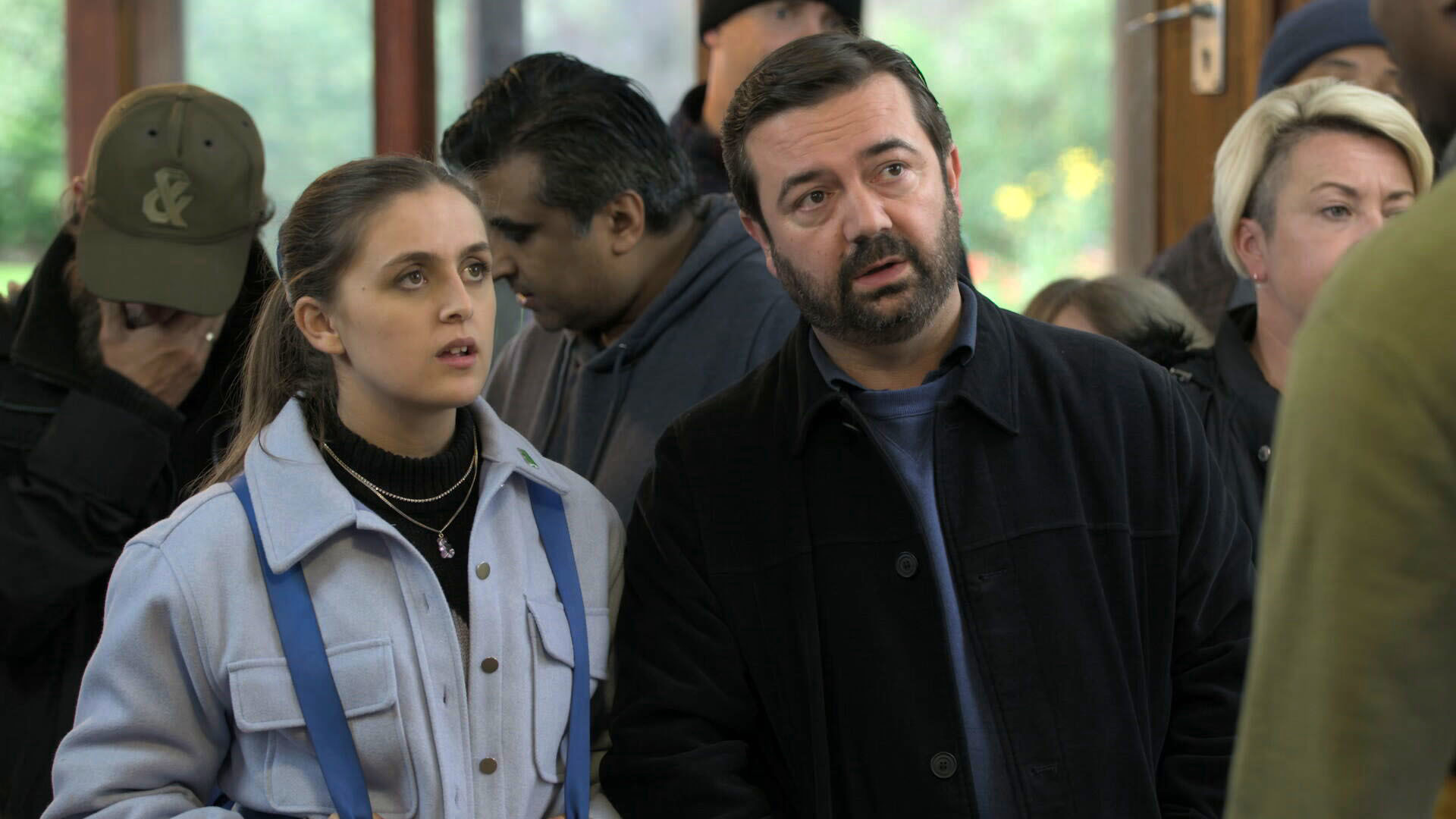 The house is always cold because the heating is turned off and at one point Scarlett is reduced to the indignity of cleaning her hair with washing-up liquid. Brian laughs at this which doesn’t really help. Scarlett is desperate and appeals to Zara (Elisabeth Dermot Walsh) for an advance on her pay.

Scarlett is determined to conceal the true extent of her financial hardship from the world. But the cracks are starting to show and Zara is starting to suspect Scarlett is in some kind of trouble. However, a phone call interrupts their conversation and Zara is unable to probe further.

Later, Brian tricks Scarlett into accompanying him on a trip to the food bank. There they meet Carl (Alexander Mushore) who makes a list of what they need after checking Brian’s referral letter. Despite everything, Scarlett still feels a sense of grudging admiration for her father.

Things then seem to be going better when Brian gets a call for a job interview. But things go from bad to worse when Brian makes a joke which the interviewer deems inappropriate and he doesn’t get the job.

This bad news combined with Kirsty’s (Kiruna Stamell) tendency to rub Scarlett up the wrong way at work, pushes her closer and closer to the edge. Where will it all end?

Why is Caprice Bourret not on Dancing on Ice tonight? – The Sun