Saturday Kitchen fans were enjoying the friendly show this morning as Matt Tebbutt delighted with some unusual and delicious recipes.

In the first half of the BBC show, the chef introduced a thrilling video from Rick Stein which saw him in South America sampling tripe soup.

When Saturday Kitchen returned, Matt explained how the divisive ingredient probably wasn’t for everyone’s taste, but he had something that was.

While interviewing Marvin Humes, the presenter prepared a green soup which hails from Mexico, and to keep it healthier, he used hazelnuts to thicken the dish.

The simple recipe made use of onions, garlic, chillies, spinach and avocado among a couple of other ingredients.

However, it was the latter which caused a little problems for Matt.

The presenter dropped some avocado on the floor, which can prove to be very dangerous indeed.

Towards the end of the segment, Matt headed across the kitchen but slipped on the green fruit.

All of the presenter’s guests gasped as he remained on his feet, as he yelled: “Ooh!”

Marvin reminded Matt about the avocado he dropped on the floor. 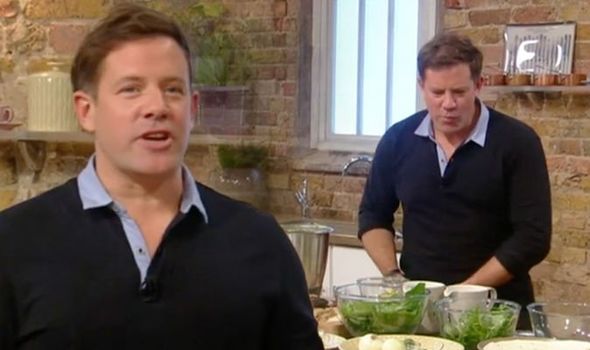 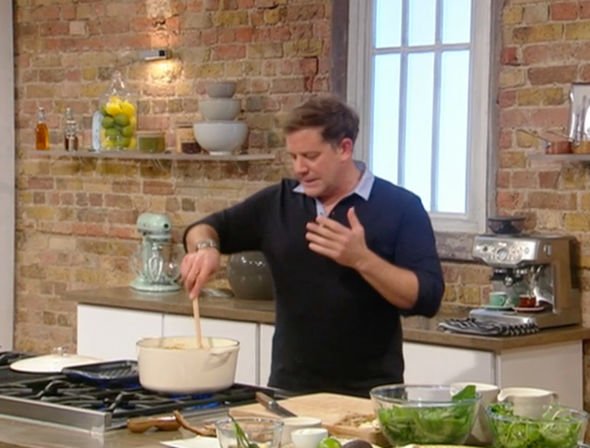 “So slick,” Matt joked as he got on with the recipe, thankfully unharmed.

It took viewers a while to get over the tripe soup as many weren’t keen on the ingredient which is made from the edible lining of the stomachs of various farm animals.

They flocked to Twitter in disgust over the dish and weren’t convinced it could be used as a “hangover cure” as Rick thought it was.

One said: “Just Googled what tripe actually is…”

Another added: “Rick stein talking tripe about tripe while pushing it around his bowl rather than eating it.” 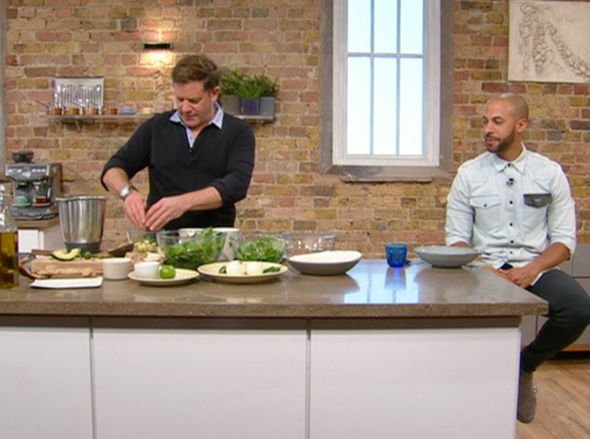 A third joked: “#SaturdayKitchen Today’s show is sponsored by the Tripe Marketing Board.”

A fourth said: “Tripe soup as a hangover cure? Bleurghhhh.”

The presenter got a crucial ABBA fact wrong and his guests were forced to correct him.

Saturday Kitchen airs Saturdays on BBC at 10am.