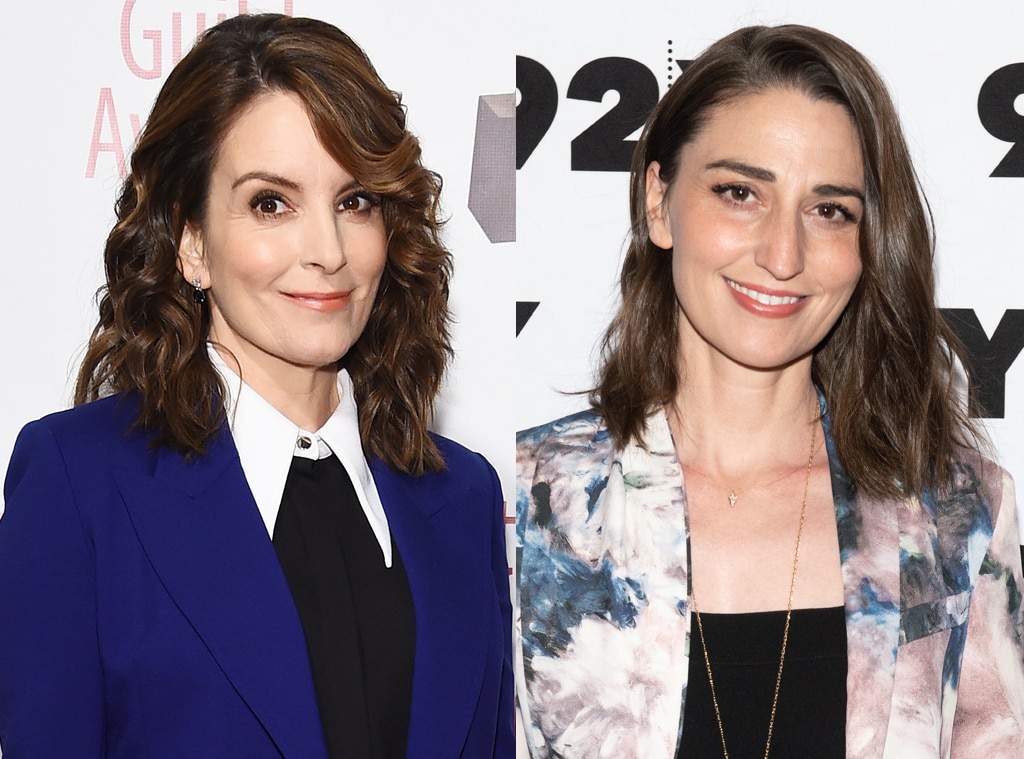 Sara Bareilles wasn't in any real '90s girl groups, but now you could say she was in a fictional one.

The singer/songwriter/Broadway star has been cast in a lead role in Tina Fey and Robert Carlock's new comedy Girls5eva, which is coming soon to Peacock.

Girls5eva is about a one-hit-wonder girl group that gets sampled by a young rapper and is inspired to reunite to give their pop star dreams one more shot. "They may be grown women balancing spouses, kids, jobs, debt, aging parents, and shoulder pain, but can't they also be Girls5eva?" the description reads.

Bareilles stars as Dawn, former member of the group, who is now a bit restless in life as she manages her family's small Italian restaurant in Queens. When the opportunity arises, Dawn reluctantly gets the band back together for a Girls5eva reunion, and it might just be exactly what she needed.

Meredith Scardino (Unbreakable Kimmy Schmidt) will write and executive produce the series, while Fey and Carlock also serve as executive producers along with Jeff Richmond, David Miner, and Eric Gurian.

Bareilles developed and starred in Broadway's Waitress, and appeared in the "Kidney Now!" episode of 30 Rock as herself, but this is her first onscreen acting role.

Simon Cowell Speaks Out After Breaking His Back in Bike Accident

"It is a pinch me moment to get to cross paths creatively with women like Meredith Scardino and Tina Fey, who I have been a fan of forever," Bareilles said in a statement. "I am a longtime admirer of the characters they have brought to life in other projects, and I am already in love with the women at the center of Girls5eva. I am so excited to help bring to life what I know will be a smart, creative, hilarious show with a lot of heart."

No premiere date has been announced for the series but let's be honest: We'd be willing to wait 5eva.

E! and Peacock are both part of the NBCUniversal family.