On Monday, the nation watched as Queen Elizabeth was laid to rest following her death earlier in the month.

World leaders flew in to attend her funeral, while thousands of mourners threw flowers at her hearse.

The full funeral procession included the military were also there in full force as they marched alongside the Queen’s coffin to her final resting place in Windsor Castle.

The Royal family, including the Monarch’s cousins from Europe, were in attendance to bid farewell to the longest-reigning British monarch. 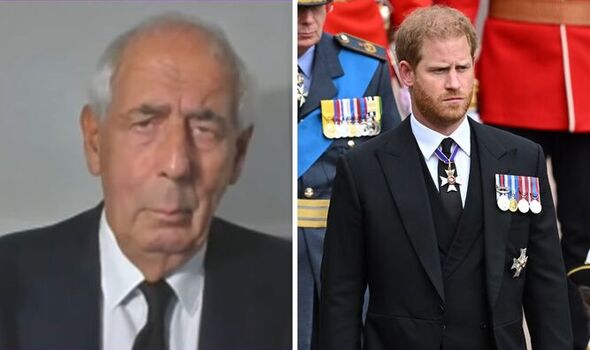 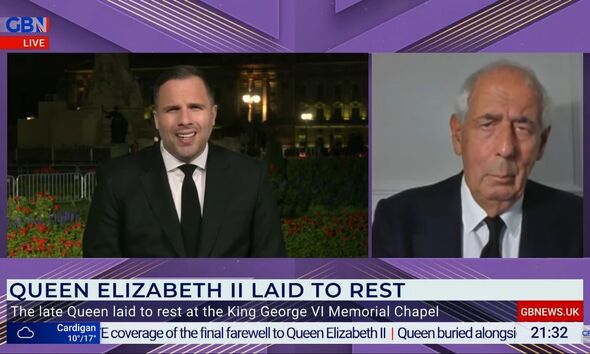 After Queen Elizabeth was laid to rest, royal historian and author Tom Bower joined host Dan Wootton to provide his analysis of the state funeral.

Tom spouted: “I thought that the body language of Harry throughout the day told volumes, I thought especially as he got into the car after the service at St George’s in Windsor.”

“He looked really quite angry, “ the historian added.

“Perhaps I’m wrong but I didn’t see him singing gustily God Save the King, inside Westminster Abbey, either.” 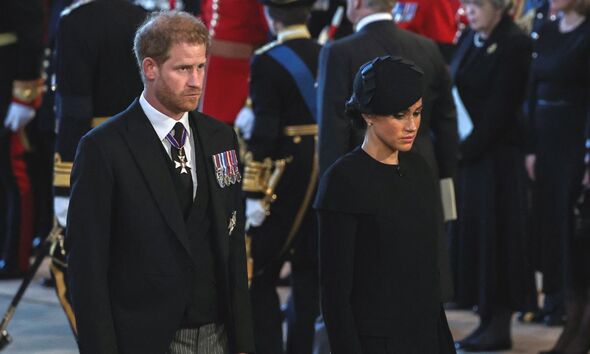 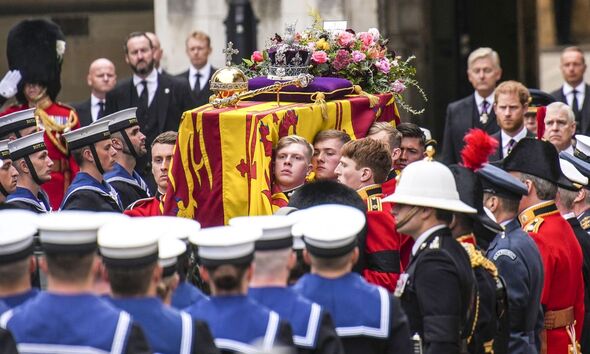 Tom continued: “Meghan has got a sort of pastiche, plastic Hollywood smile permanently on, but Harry in my view was not hiding his anger.

“And these stories, whether it’s about, hearing late about the Queen’s death, which I doubt and being stripped of the ER on his uniform and not being invited to an occasion.

“When really, he shouldn’t be there, he represents absolutely nobody.”

The author claimed: “He’d only be there with Meghan to sow danger and descent all come from him.”

Tom added: “And of course, this is typical Harry and Meghan, it’s all about them.

“In the week that we’re mourning the death of the Queen all we get from Harry and Meghan is ‘wail about me, woah, woah, woah, me and me.’”

“It’s going to be very bad,” he stated, “I don’t think Charles has got much time to sort this out, I think that he’s got the hit buttons to sort this out pretty quickly as King.

“To sort out Harry and Meghan, to sort out Prince Andrew, both of those men have got one major problem now, that with the Queen’s departure there is no one in court who’s fighting for them.”

After the public learned about the death of the Queen, it was reported that Harry was the last to know about her passing and suggested he was even told after Prime Minister, Liz Truss.

However, on the eve of the Queen’s funeral, a spokesperson for Buckingham Palace stated: “The public was only informed after every family member had been informed.”

As a result, The Telegraph published an amended copy of the article and claimed Prince Harry was not treated any differently from other members of the Royal Family.

Buckingham Palace also hit back at claims Harry and Megan, weren’t invited to a reception hosted by Charles and clarified the reception was for working royals, only.

Riviera season 3 release date: How many episodes are in Riviera?