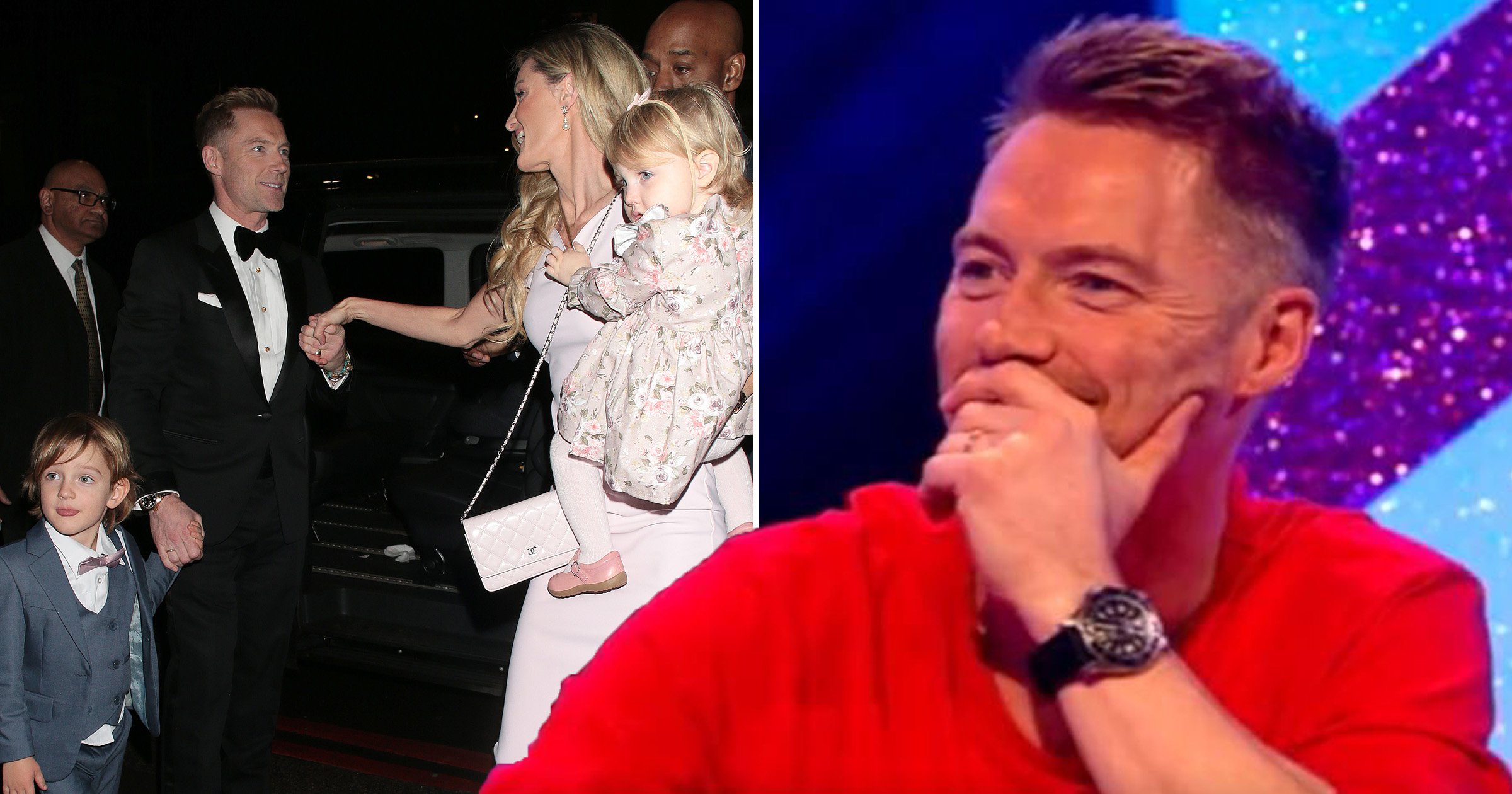 Ronan Keating has revealed he underwent a vasectomy this year after welcoming his youngest child Coco in lockdown.

The Boyzone star, 44, didn’t make it more than two minutes in to a Christmas episode of Celebrity Juice before Keith Lemon made him reveal whether he had undergone the operation.

Keith probed: ‘Last time you were on Celebrity Juice, we broke the news that you’d been considering the snip. Can you confirm or not confirm that you’ve had it?’

Proving that he was doing pretty well after the op, Ronan then proceeded to do some hip thrusts to George Michael’s Freedom.

The couple had previously spoken about him having ‘the snip’ after Coco was born at the start of the pandemic, believing five children was enough.

He revealed on Loose Women: ‘Storm said it to me about two or three weeks after Coco was born.

‘She said “Right, well that’s it now, you’ve got to get the snip,” and I was like “What? We haven’t talked about this!”’

Ronan confirmed: ‘No, that’s it. We’ve got five wonderful, healthy children and I’m really, truly blessed but I think that’s it, we’ve got to call it a day.’

Celebrity Juice is the first time Ronan has spoken out about his vasectomy since actually having the operation, and it is not known exactly when he went under the knife.

‘The Man Who Sold His Skin’ Review: Tunisia’s First Oscar Nominee Is an Art Satire About a Million-Dollar Tattoo

‘NCIS’: How Gibbs Will Know It’s Time to Retire