Peston, 60, is best known for holding Government ministers to account in his role as a political broadcaster for ITV. However, last month, viewers saw a very different side to him as he showcased his singing talents on All Star Musicals as he performed his rendition of Luck Be A Lady from Guys and Dolls. However, it seems journalist Andrew Pierce, 60, was not impressed as he shared his views of his colleague’s new career move on Good Morning Britain whilst talking about returning to the theatre.

Pierce expressed his desire to watch Mamma Mia! live once more as lockdown restrictions begin to ease in the next few months.

Offering an alternative, host Adil Ray, 46, said: “There is a series of ITV musicals, maybe (you could take part in that?)

“Robert Peston was terrible,” the journalist remarked as he brutally critiqued the political broadcaster but his review didn’t stop there.

“He was terrible and I would have done a lot better,” the panellist continued with Kevin Maguire, 60, in agreement.

Ranvir Singh, 43, explained to the guests the GMB director thought Peston “did well” by showcasing his singing abilities. 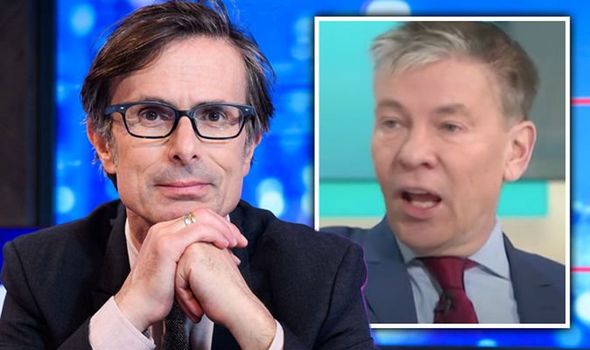 “Peston can’t sing,” Pierce replied, with Ranvir telling him it seemed the “jury was out” over their critique of the political broadcaster.

“No, the jury is not out. He was terrible,” the journalist hit back at the host’s remark, who went on to ask if he would take part.

Pierce said he would love to showcase his musical abilities, with Maguire adding: “Your director thinks he can have both points of view.”

‘Borne’ Universe Novels In The Works For Television By AMC Studios