Rick Edwards, 40, took to Twitter to make the dig.

Referring to the current HBO TV adaption of the catastrophic nuclear disaster, the star wrote: “Caroline is the colour of the fellas who get exposed to the radiation in Chernobyl (great show).”

This seems to suggest she didn’t take offence to his observation.

The bombshell looked stunning as she rocked a teeny denim dress, teamed with long curled locks.

Last night’s show saw the islanders couple up for the first time. 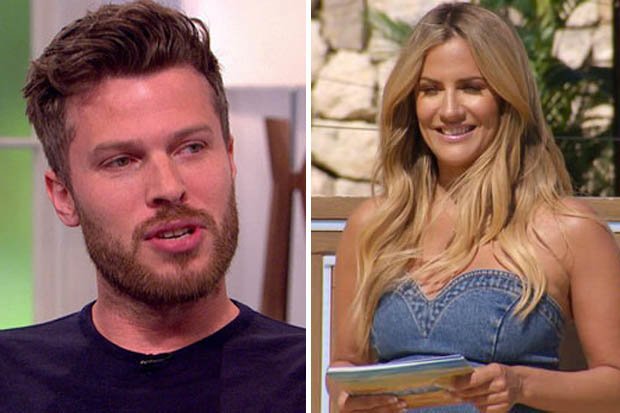 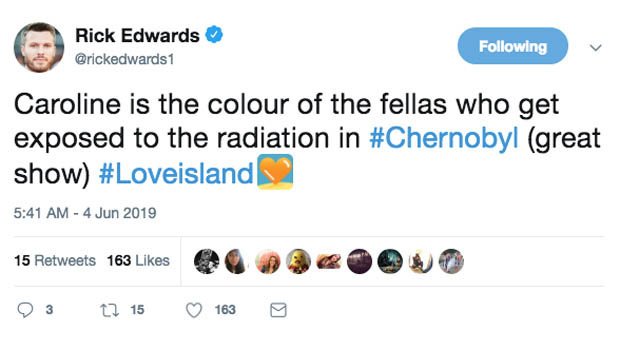 So far, Anton Danyluk and Amy Heart are together, as are Callum MacLeod and Amber Gill.

Michael Griffiths and Yewande Biala have also coupled up for now, while Anna Vakili and Sherif Lanre are together.

Joe Garratt and Lucie Donlan make up the last couple.

However, things aren’t going to stay that way for long, as Tommy Fury and Curtis Pritchard entered as last-minute game-changers. 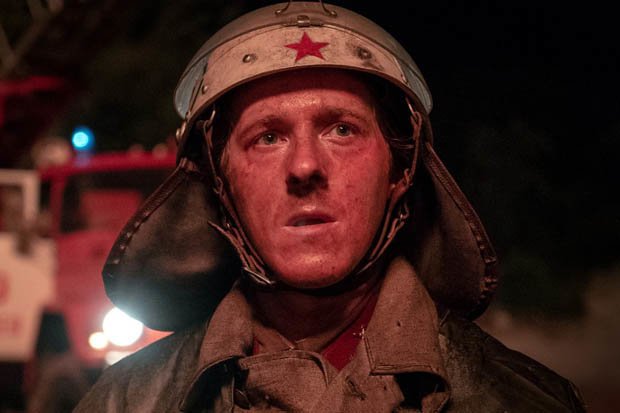 The two hunks have to steal one of the girls from the original lads by the end of the week.

Eek, things are about to get interesting.