With the Emmy award-winning animation now in the midst of its fourth season, Rick and Morty has proved a hit with viewers in the USA, UK and all over the globe. The series, created by Dan Harmon and Justin Roiland, joins an impressive list of globally successful animated series to rack up Emmy wins, including The Simpsons, South Park and King of the Hill. Also on the list is Futurama but some fans are convinced the two series have a lot more in common than an award win.

Does Rick and Morty and Futurama exist in the same universe?

Futurama came to an end on Comedy Central way back in 2013, the same year as Rick and Morty season one premiered.

While the timing could be merely coincidental, eagle-eyed viewers of Rick and Morty have spotted several easter eggs hinting at a possible connection to Futurama in a number of episodes.

The most notable connection comes in the form of the Planet Express ship.

In Futurama, the Planet Express ship is a luminous spacecraft seen in a number of episodes. 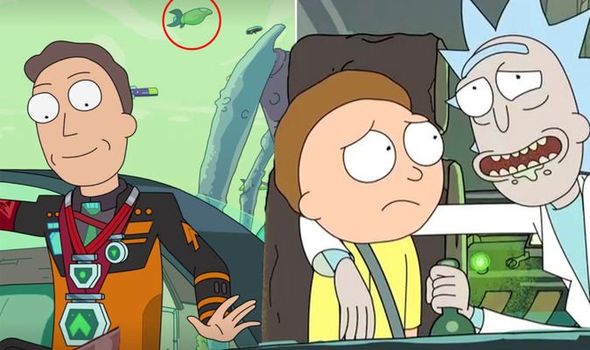 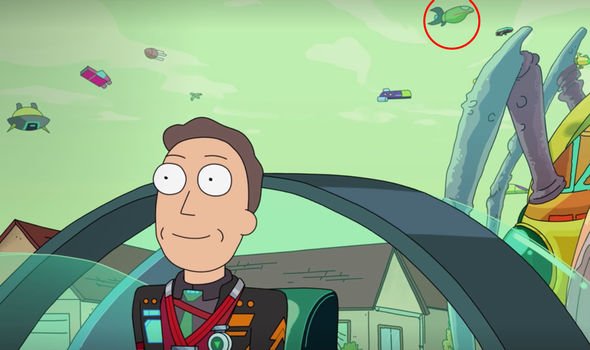 The spacecraft was used by the likes of Bender (played by John DiMaggio), Fry (Billy West) and Leela (Katey Segal) to fly through the galaxy.

Fans would’ve been forgiven for expecting the Futurama finale to be the last time they saw the ship in action.

However, Rick and Morty viewers are convinced they’ve spotted it in the Adult Swim series.

One sighting takes place in the season three premiere The Rickshank Rickdemption. 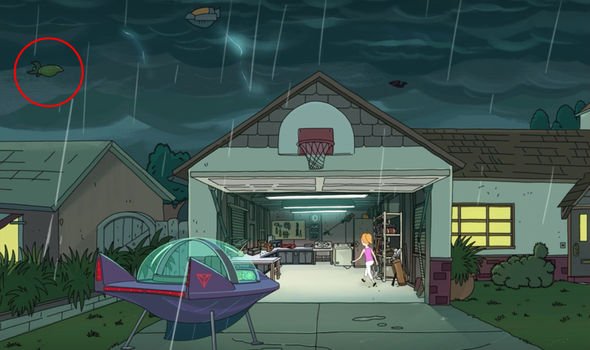 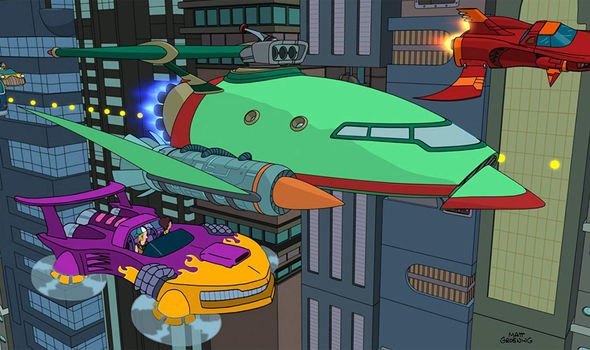 Jerry (Chris Parnell) arrives home in his own spacecraft with a beaming smile on his face.

Flying in the distance behind him, however, is a green aircraft which is incredibly similar to the Planet Express ship.

The spacecraft is only on-screen for a few seconds in the opening moments of the episode but it appears again for a split-second later on.

As Summer (Spencer Grammar) rushes into her garage during a rainy evening, the spacecraft flies overhead again.

While the two shows existing in the same universe hasn’t been confirmed, Harmon and Roiland have both admitted they drew influence from Futurama.

Speaking to Variety in 2013, the pair admitted they “almost combined” Futurama and The Simpsons, both created by Matt Groening, to create Rick and Morty.

Roiland said: “Everything we’ve ever developed together has sci-fi integrally interwoven into its DNA, which is something I just realised right now.

“We knew right away this is sci-fi, which we love, and we can kind of build it around these two voices and just developing it out and adding the family and making a home base.”

Roiland added: “Futurama is this awesome, animated sci-fi show. What we did is we almost combined — not on purpose, it just happened — we combined The Simpsons with Futurama.

“You have this nice home base setting with the family that’s very likeable and appealing.

“From there, you launch into sci-fi stuff that can take you anywhere that they could have gone in Futurama.”

Fans will have to keep their eyes peeled to see if any other Futurama Easter eggs will crop up as season four continues.