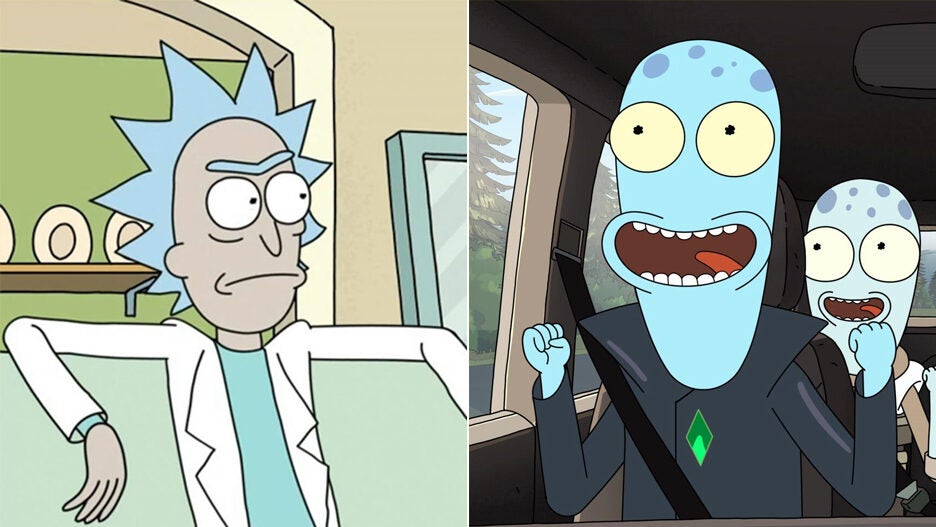 Justin Roiland is half of the brains behind the operations of Adult Swim’s “Rick and Morty” and Hulu’s “Solar Opposites,” with his co-creators on those series being Dan Harmon and Mike McMahan, respectively, and the voice of both animated shows’ brainiest characters: Rick Sanchez on “Rick and Morty” and “Solar Opposites” Korvo. Though their shared high IQs can immediately lead fans to draw parallels between the two, and Roiland himself has had ideas for stories that could work for both characters due to their similarities, there is one key difference that prevents them from being exactly alike: Korvo is not as handy.

“I think the real difference is Rick could just grab a bunch of trash and build something, whereas I think Korvo probably would need to have it already on the spaceship,” Roiland told TheWrap. “I don’t think Korvo’s got the wherewithal to just go and build whatever he needs. He’s pretty smart, but I don’t think he’s as smart as Rick when it comes to making s—. That’s a big piece of it, right? Because if Rick builds a lot of the tech, he kind of knows how it works and knows a lot more about it. And I think Korvo, kind of not really knowing how stuff works exactly, you probably would tackle the stories differently. Because on ‘Solar Opposites,’ you can have the characters really get in trouble with tech, partly because Korvo doesn’t know how it works or doesn’t really understand it, and on ‘Rick and Morty’ we can still get in trouble with tech, but it’s usually because of a malfunction or some other thing that Rick didn’t foresee, not because Rick screwed up. Although we have done s— where he’s f—ed up.” 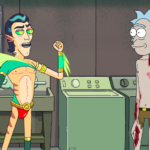 Roiland offered up the “Rick and Morty” Season 1 episode “Rick Potion #9,” a.k.a. the “love pandemic episode,” as both a “great” and “early” example of that “illustrates Rick is not always perfect.”

“But if Rick’s life was on the line, like if he didn’t in the back of his mind know, ‘Ah, if this doesn’t work, we can just pop over to that other dimension I scouted earlier that’s exactly like ours in every single way and it won’t matter,’ like if he didn’t have that in the back of his head the whole episode, he probably would have tried harder and probably would have fixed the problem,” Roiland said. “But we’ve seen him f–k up and not succeed when trying to repair stuff, but he knows what the deeper issues are with some sort of sci-fi tech. That’s one fundamental difference, I’m sure there are a ton more if I were to start digging deeper into it.”

That one key distinction has been what has prevented any plots that arise in both shows’ writers’ rooms to actually make it to screen on both shows.

“There have been a lot of ideas. I mean, they would be handled so differently, obviously, depending on what side of the fence that the idea would fall. But absolutely,” Roiland said. “Once we sort of decided that the ‘Solar Opposites’ guys — the ‘Solars,’ as we’ve been calling them lately, once we committed to the fact that the ship was going to be kind of a TARDIS of sci-fi contraptions, that kind of opened the door.”

Roiland added: “It’s fun though because both shows are super super sci-fi and there’s lots of stuff that crosses both tables of the shows, in terms of just ideas, like, ‘What if we do this?’ ‘Ah, there’s kind of something like that coming up on “Rick and Morty,” how do we do it differently or how do we make it so that it’s completely different?’ But it’s also just awesome because shows like that that are super sci-fi, those are my favorite because there’s just so much in terms of just the playground of toys to play with story-wise. And just there’s just so much stuff you can do that other shows just don’t allow for.”