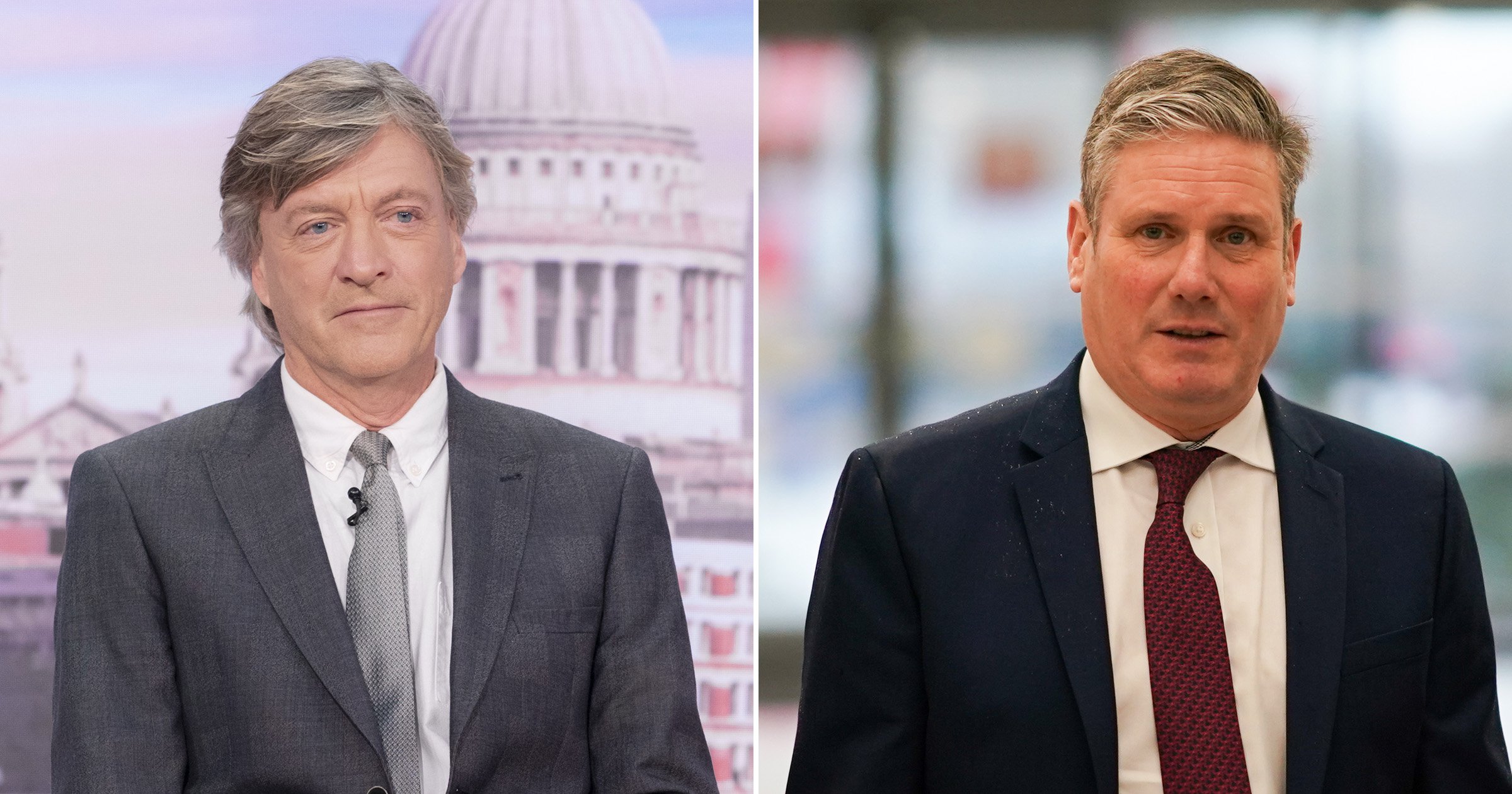 On February 14, it was reported that an investigation had been launched into harmful messages that were sent to the Labour Party leader, after Boris Johnson made the false claim that to prosecute paedophile Jimmy Savile.

Last Tuesday’s edition of GMB saw Madeley discussing Starmer’s experience, explaining that there are trolls who have been ‘calling for his execution’ online, which led the presenter to ask whether it was ‘that big a deal.’

The I’m A Celebrity…Get Me Out of Here! star’s comments didn’t sit well with viewers at home, with some demanding he should be axed from the morning show.

‘Complained to Ofcom for the first time in my life earlier,’ said one angry viewer.’

While another added: ‘I wonder what Richard Madeley’s reaction would be had he been the one on the receiving end of these death threats. Could you imagine if Keir Starmer or any other person had questioned if the threats Madeley received were a big deal.’

The next day, Madeley addressed the controversy and apologised live on air, while stressing ‘the obvious statement’ that death threats are not ‘acceptable’.

‘I want to say one thing very quickly at the top here,’ he said at the beginning of the programme.

‘I tried to pose a question on one of our early discussions on the programme about how prolific online death threats are. I didn’t actually quite press it properly, I didn’t go into it enough.’

The Prime Minister attracted major criticism when he falsely claimed that Starmer failed to prosecute Savile when he was director of the Crown Prosecution Service.

In 2013, Starmer issued an apology for the decision not to press charges against the notorious child sex offender in 2009 when a victim came forward.

Geordie presenters Ant and Dec have also been hit with 59 Ofcom complaints int he latest report over their drag performance on their titular show Saturday Night Takeaway.

The complaints come after a small number of viewers took to social media to voice their criticism, with one writing: ‘Not sure if that was appropriate family entertainment on a Saturday night.

‘RuPaul and gang usually kept on a lesser viewed channel where it belongs. Sad to say I won’t be watching @antanddec anytime soon.’

What is Ofcom and what does it cover?

Ofcom is the regulator for the communications services that we use and rely on each day.

The watchdog makes sure people get the best from their broadband, home phone and mobile services, as well as keeping an eye on TV and radio.

Ofcom deals with most content on television, radio and video-on-demand services, including the BBC. However, if your complaint is about something you saw or heard in a BBC programme, you may need to complain to the BBC first.

Its rules for television and radio programmes are set out in the Broadcasting Code.

The rules in the Broadcasting Code also apply to the BBC iPlayer.

This Broadcasting Code is the rule book that broadcasters have to follow and it covers a number of areas, including; protecting the under-18s, protecting audiences from harmful and/or offensive material and ensuring that news, in whatever form, is reported with due accuracy and presented with due impartiality.

Audiences can complain to Ofcom if they believe a breach of the Broadcasting Code has been made.

Every time Ofcom receives a complaint from a viewer or listener, they assess it to see if it needs further investigation.

If Ofcom decide to investigate, they will include the case in a list of new investigations, published in the Broadcast and On Demand Bulletin.

An investigation is a formal process which can take some time depending on the complexity of the issues involved.

Ofcom can also launch investigations in the absence of a complaint from a viewer or listener.