Leah McSweeney from The Real Housewives of New York City recently shared a jarring encounter she had while dropping off her daughter Kier at Kier’s dad’s house. 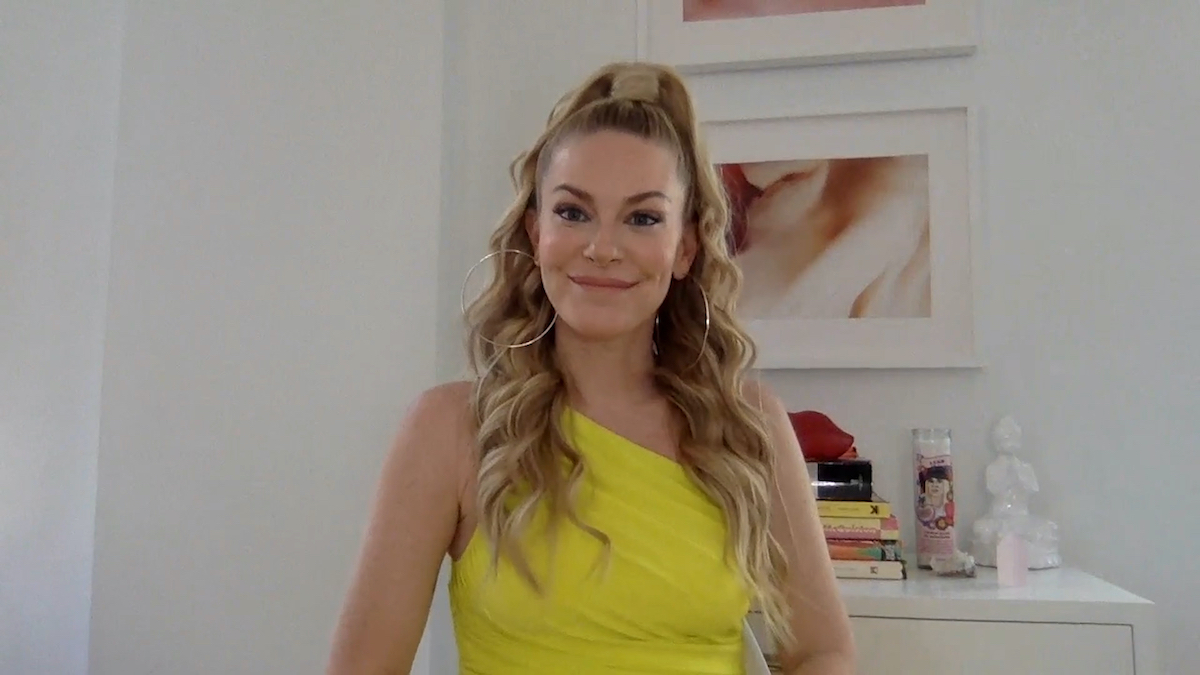 “I’m walking out of the building and there was a homeless man walking down the street who was either intoxicated or not well in some way,” she she told The New York Post. “He said, ‘Do you have a dollar?’ I said, ‘I’m sorry I don’t have any change’ and he went and lunged at me.”

“He was so drunk that it was easy to jump out of the way,” she continued. “But what if that was my daughter? I have a f**king pubescent daughter and I’m not letting her walk down the street alone right now.”

She told The Post that the coronavirus has changed the city. Many residents in her neighborhood fled the city, opting for second homes in the country or moving to the suburbs. New York City movers are having to turn down some business because they are so busy, The New York Times reports.

Jax Taylor from Vanderpump Rules shared that he heard people are fleeing the city. “Just curious, how many people have moved out of New York City since this pandemic, my friends tell me they have seen nothing but uhauls all over the City,” he tweeted. Kyle Cooke from Summer House and New York City resident confirmed Taylor’s suspicion. “So many people leaving. #sad.”

McSweeney slammed Mayor Bill de Blasio for allowing the city to fall apart. “There really is a safety issue in our neighborhood … that’s without a doubt,” she told The Post. “We need leadership at a top level, and, obviously, we don’t have leadership right now.”

Ramona Singer from RHONY also took to her Instagram story to share her shock and disgust with the current state of the city. Singer fled to Florida when the pandemic began. She returned to New York as Florida’s infection rate began to spike. Singer was panned by cast members, especially McSweeney, for ducking out.

Excited for my new noodles to match my outdoor decor!?

Singer has seemingly retreated to her home in the Hamptons. She’s shared photos from the Hamptons home upon her arrival in New York in June.

Love Island 2019: The obvious choices bite the dust as Lucie opts to stay in the villa without Joe

It Looks Like Anavrin, the Store from 'You' Season 2, Is Totally Based on a Real Grocery Store