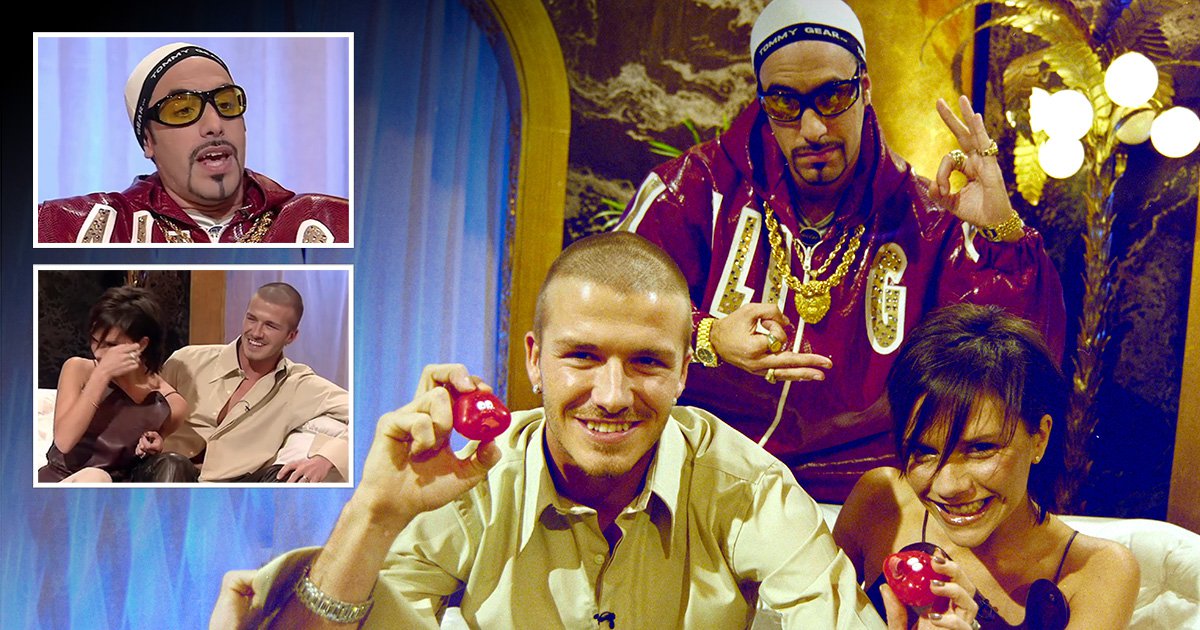 Victoria Beckham marked the return of Red Nose Day 2022 by sharing a clip of Ali G roasting her and husband David in a hilarious yet savage interview that took place 21 years ago.

The Comic Relief segment – which aired in 2001 – saw Posh and Becks getting absolutely rinsed by the fictional character played by comedian Sacha Baron Cohen.

The couple’s eldest son Brooklyn Beckham, who was two-years-old at the time, was brought up several times during the sit-down as Ali quipped: ‘So, tell me does Brooklyn like your music, or is he getting a bit old for it now?’

In honour of tonight’s festivities, the fashion designer reminisced the funny moment with the wannabe (pardon the Spice Girl reference) rapper on Instagram.

Naturally, fans were living for this nostalgic trip, as one said: ‘Absolute classic.’

While another added: ‘still as funny as the first time I watched it.’

Despite Zoe Ball, Joel Dommett, and Kylie Minogue missing out on Friday’s fundraiser due to Covid, the evening will be filled with entertainment gold.

Of the show, Sir Lenny said: ‘What it really means is for all of us to unite and do something brilliant and support for those that need it.

‘The audience can expect more stars than you can shake a stick at, loads of passionate and exciting films demonstrating where the money goes and why.

While the former Doctor Who star added: ‘It’s one of those things that makes you proud to be British. The mix of being daft and being big-hearted seems to be something we do well. It’s always an honour and a joy to be involved.’

You Me Her season 5 Netflix release date: Will there be another series?

Emmerdale spoilers: Paedophile teacher Maya Stepney handed ultimatum by Eric Pollard as she returns to the village for Jacob Gallagher