With a broadcast show, it takes a certain degree of moxie to go full-on ridiculous, right from the start — those hourlong dramas that appear serious – yet are so serious the only choice is to laugh – can alienate viewers before they hook ’em. Sure, there are some beautifully loopy success stories, but those usually evolve their weird energy over time, pushing too far only to discover it works or amassing so many goofy ticks that acknowledging them is the only way to keep going. “Prodigal Son,” the new Fox drama that turns the Clarice Starling/Hannibal Lecter relationship familial, is chock-full of batshit energy immediately. Even though Chris Fedak and Sam Sklaver throw everything and the kitchen sink into the first three episodes, their serial killer series still feels more bad than “so bad it’s good.”

Meet Malcolm Bright. Malcolm (played by a manic Tom Payne) is the son of a serial killer known as “The Surgeon.” Back in the ’90s, Malcolm’s father, Dr. Martin Whitly (Michael Sheen), was exposed as a mass murderer who cut down at least 23 people before being caught. (The phrase “at least” is repeated enough to make it clear there are more past murders waiting to be unearthed). Now, Martin resides in a cell that looks like a library, complete with a television set and (restricted) telephone.

Each makes it easier to keep tabs on his two kids, especially his daughter, Ainsley (Halston Sage), who works as an on-the-scene reporter in New York, usually chasing homicide investigations. But this isn’t a family story — it’s a father-son story. While Ainsley was too young to remember what her father was like before being tossed behind bars, Martin remembers all too well. He’s haunted by nightmares that are so vivid he shackles himself to his bed every night. While he doesn’t sleepwalk into nearby lakes carrying a cinder block, he does thrash around so violently that he might, say, throw himself through a glass window and dangle ominously above the streets of Manhattan.

Considering this uncontrollable, life-threatening behavior, you might think Malcolm would seek out a therapist (nope!) or steer clear of worrisome triggers (nope again!) — that would get in the way of all the nuttiness, after all. So when “Prodigal Son” opens, he’s a criminal psychologist working for the FBI, and by the end of the pilot, he’s a freelance consultant for the NYPD. Why? Well, they needed his expert ability to “get inside the mind of a serial killer” to get inside the mind of his serial killer father — that’s right! The first killer Malcolm has to catch is a copycat killer, who reunites him with his long locked-up father. 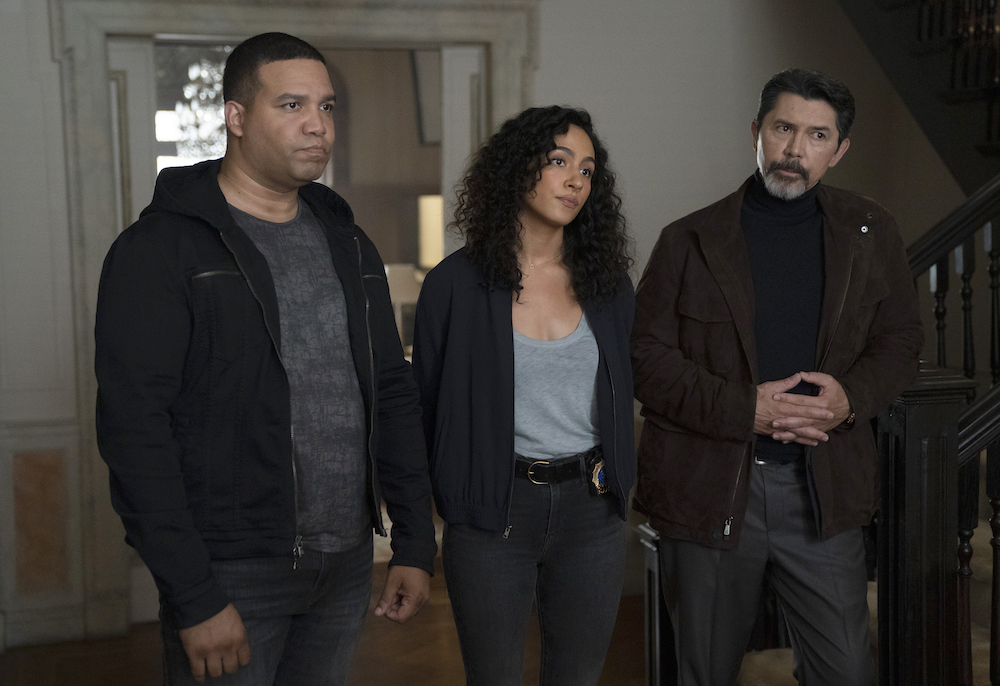 From there, their 10-year break is slowly amended, as Malcolm wrestles with whether or not he’s his father’s prodigal son — yes, they say the title in the first episode — whether his job is a healthy reprieve or a troublesome crutch, and whether his family is holding more secrets than just the one about their homicidal father-surgeon. “Prodigal Son” hasn’t met a possible plotline it doesn’t want to explore, teasing multiple romantic pairings in the pilot and tying characters together through any means necessary. You will not be bored, but for each new bit of madness thrown in your face, there’s a nagging problem to go with it.

Is it the cast? Payne is all over the place, trying and failing to find a consistency in this chaotic lead, while Sheen is somehow too subtle for his Hannibal Lecter moment. Perhaps he’s building to a big reveal, but he’s a dead spot in the early episodes. Maybe the cliches are the problem? It’s bad enough they try to sell Malcolm’s “special ability” by saying he’s the only person to ever look at a crime scene from the killer’s perspective, but smaller stock moments pop up often enough to spoil the unpredictable nature of truly bonkers TV.

Toss in the so-dark-it’s-smoky cinematography and beat-by-beat case work, and “Prodigal Son” feels a little too incongruous to stick with just in case it finds its rhythm. Some tonal tweaks could turn this eagerly outrageous crime drama into something enjoyably out there, but for now, it’s just the craziest “Silence of the Lambs” knock-off yet. (Yes, even more than that one.)