The first few episodes of The Crown Season 4 focus heavily on the courtship between Prince Charles and Diana Spencer, which began in earnest in 1980. Episode 3, titled “Fairytale,” picks up shortly after Diana’s first visit to Balmoral, during which she gets the royal family’s—specifically, Prince Philip’s—stamp of approval. In the wake of that success, Diana’s relationship with Charles becomes more serious, and she begins to draw the attention of the paparazzi. As depicted on the show, Diana lived in London with three flatmates at that time.

According to Andrew Morton’s biography, Diana: Her True Story—in Her Own Words, Diana described her days living in this apartment as “the happiest time of her life.” Ahead, everything you need to know about Diana’s pre-palace years in London and the friends she lived with. 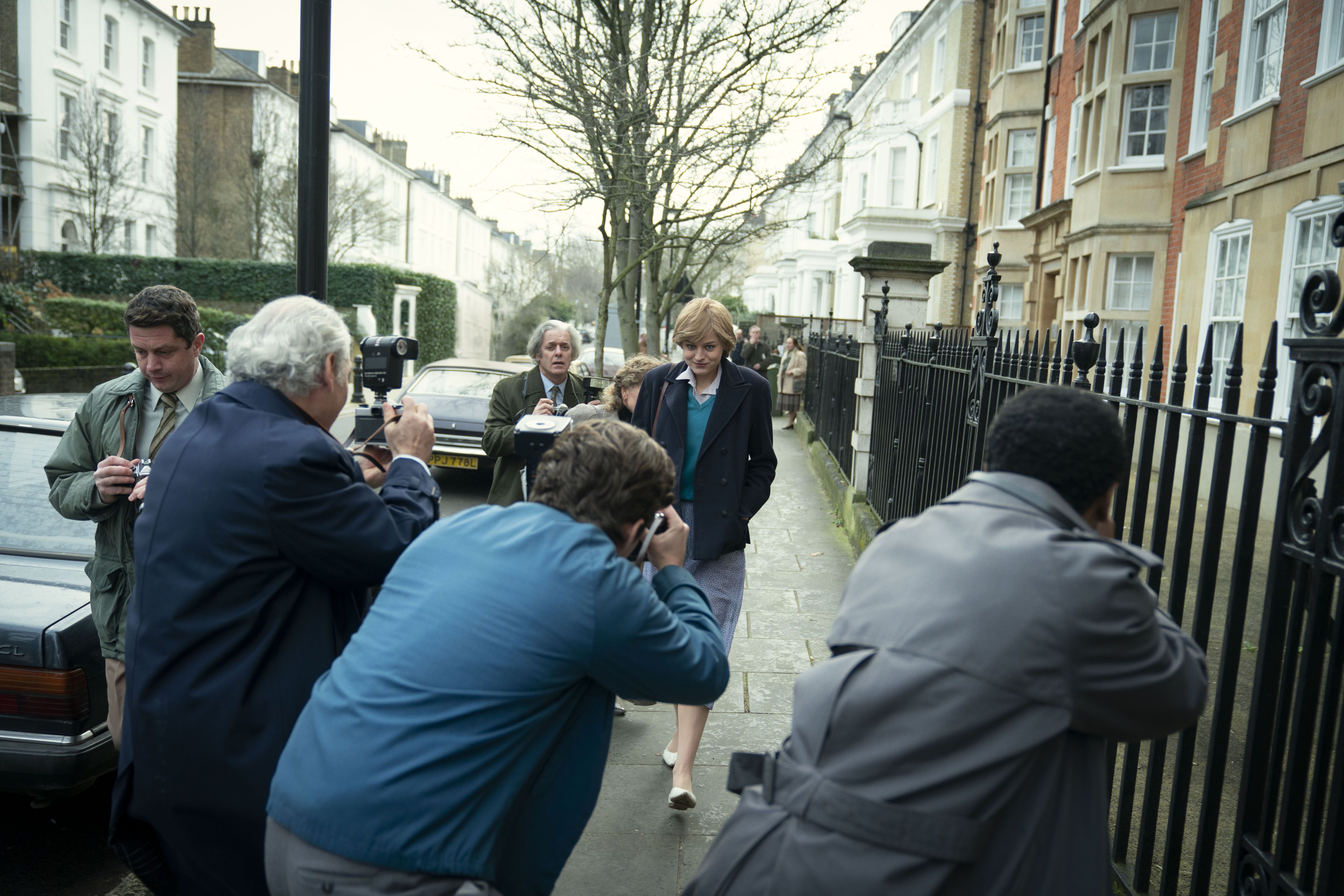 Where in London did Diana live?

In the summer of 1979, when she was 18, Diana moved into a three-bedroom apartment in the ritzy west London borough of Kensington. The flat was purchased by Diana’s parents and secured for her by her sister Sarah Spencer, who worked in real estate at the time. In The Crown, Queen Elizabeth II identifies the flat as being in the Earl’s Court neighborhood, to which Princess Margaret dismissively responds, “Prostitutes and Australians. Isn’t that who lives in Earl’s Court?” Despite this iconic shade, the flat and its surrounding area are both deeply fancy.

“It was juvenile, innocent, uncomplicated and above all fun,” Diana said, per Morton’s book, of her time at the flat. “I laughed my head off there.”

Who were Diana’s roommates?

Diana’s close school friend, Carolyn Bartholomew, moved into the apartment with her in July of 1979, and they were joined by two other schoolmates: Sophie Kimball and Philippa Coaker. But that’s not the foursome depicted in The Crown.

It wasn’t until the summer of 1980, a year after she first moved into the flat, that Diana and Charles reconnected and began their courtship. By this time, the roommate situation had changed slightly—Diana and Carolyn still lived at the apartment, but their new roommates were Anne Bolton and Virginia Pitman. These are the three friends we see surrounding Diana in Season 4’s third episode.

Diana and Carolyn had a very close bond, having first met at West Heath School when they were 12. They shared a dormitory at school and were inseparable by the time they became flatmates. Carolyn would ultimately become godmother to Prince Harry, while Diana was godmother to Carolyn’s son Jack. At a 2017 auction, Diana’s “intimate letters” to Carolyn fetched more than $125,000.

During her years in the flat with Diana, Carolyn was studying singing and piano at the Royal College of Music. In The Crown, she’s played by Allegra Marland.

Anne and Diana first met on a skiing holiday. Anne was a couple years older than the future princess—she was 21 to Diana’s 19 at the time of the engagement—and invited Diana to join her and her friends on the slopes. Anne then discovered that Diana’s sister Sarah was her coworker, and the friendship blossomed from there.

In a 1981 newspaper interview, Anne opened up about the surreal experience of living at the flat after the paparazzi began hounding Diana. “We used to sit at night peering out from behind the curtains, wondering when the last car would leave,” she recalled. “In the morning there might be another 30 down there, waiting for us to go to work.”

In the same interview, she noted that although Diana had moved out of the apartment, they remained close friends. “Diana often comes round to see us, and sometimes she pops into my office for a chat.”

In The Crown, Anne Bolton is played by Flora Higgins.

Virginia, like Anne, was 21 when Diana became engaged to Charles. She had a variety of interests including cooking—she trained at the famous Le Cordon Bleu cooking school in Paris—and travel. According to Tatler, she once “hitch-hiked across Europe to North Africa from her home in Wensleydale, Yorkshire.”

In The Crown, Virginia is played by Letty Thomas.

Who were the Sloane Rangers?

During her time in London, Diana became emblematic of an archetype known as the Sloane Ranger, a fashionable, upper-class Londoner who lived in the area surrounding Sloane Square. The square sits on the boundaries of Knightsbridge, Belgravia, and Chelsea, and in the early 1980s became known as the stomping ground of this particular type of young person. “All easy chic, champagne, polo games and feathered hair,” as Luxury London put it. “[Diana] looked the part, up and down King’s Road.”

Although Diana lived in the London pad for less than two years, her time there had a huge impact on the culture as her relationship with Charles made her a rising star. “When Diana Spencer began to appear in newspapers in the summer of 1980, Sloane Ranger style started to gallop down to the high streets,” noted Peter York, who co-wrote The Official Sloane Ranger Handbook with Ann Barr. “Suddenly, a Sloane—as we saw her—was the most interesting and publicized person in the world.”

When did Diana move into the palace?

Diana moved out of her flat after her engagement to Charles was publicly announced on February 24, 1981. At that point, she left her bachelorette life behind and settled into Clarence House, a residence attached to St James’s Palace, to prepare for her royal wedding.