Power Book IV: Force is just heating up and already, Tommy Egan (Joesph Sikora) has found himself standing in the middle of two of the most notorious drug organizations in Chicago.  Chicago Brothers Incorporated (CBI) which is helmed by brothers Jenard (Kris D. Lofton), and Diamond (Issac Keyes), stems from the South Side of the city. Meanwhile, the Flynn family is helmed by patriarch Walter Flynn (Tommy Flannagan), with his children, Vic (Shane Harper) and Claudia (Lili Simmons) working under him. They rule the North Side.

Though Tommy is working to get both organizations to meet in the middle, he’s unaware of a war brewing between Jenard and Diamond. 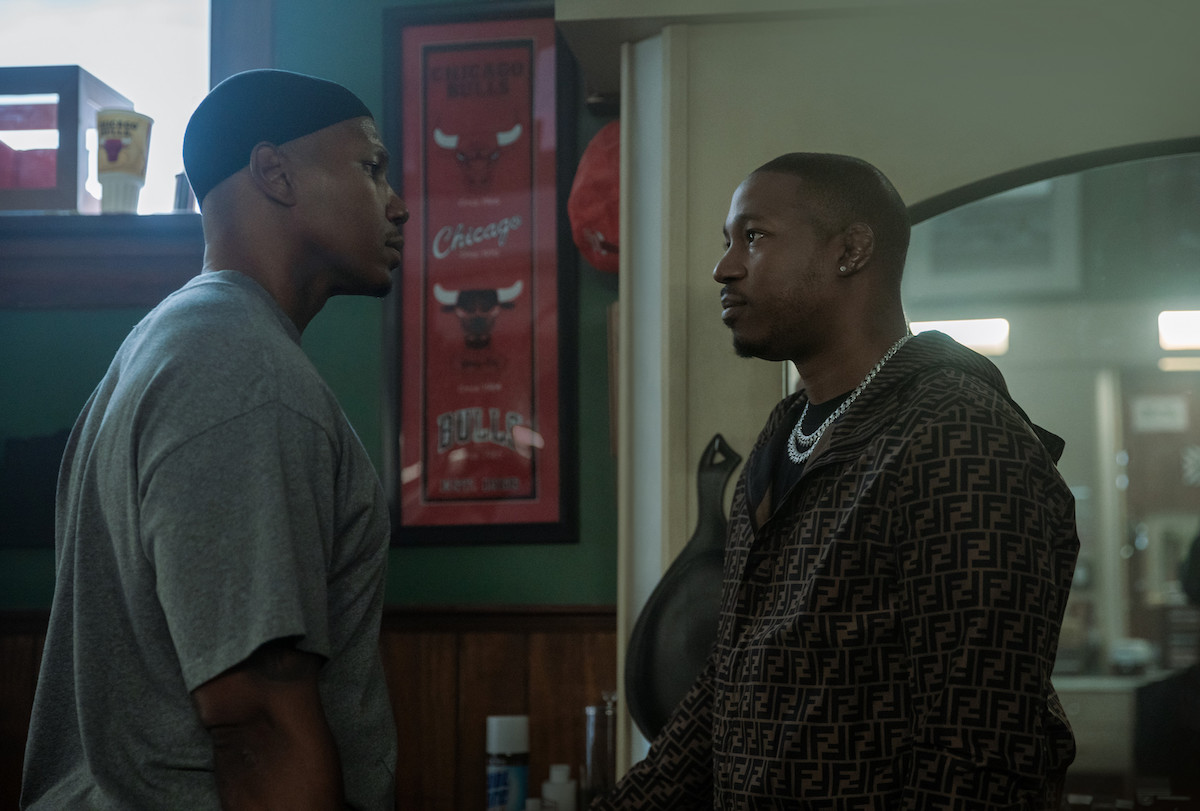 Inside the conflict between CBI and the Flynn Family on ‘Power Book IV: Force’

Chicago is still one of the most racially segregated cities in America. On Force, it’s clear that the Irish, Black, and Latinx gangs don’t mix, it’s something that Tommy, a New Yorker isn’t used to. However, the beef between CBI and the Flynns is deeper than that.

“I think it’s important that they show that because Chicago is known to be a very divisional type city,” Keys told Digital Spy. “Like Diamond comes from the south side, the Irish on the other side, and we don’t really interact. I think it’s important that we show that and why. And I think that it continues because there’s a lot of old history between Diamond and Walter Flynn. Walter Flynn has some ideas in his head, a storyline in his head – the things that he feels Diamond and CBI represent, and some things they’ve done. Diamond’s not really concerned about Walter in a sense, but all the stuff starts to come to the table as the season comes along, as it goes along. It starts to come out, and you’re getting all these different things. It’s like being in a relationship with somebody. It’s like ‘Oh, you felt this way about me all this time, and I didn’t know it?’ And it’s like, you’re starting to see that as it goes.”

A war is brewing between Diamond and Jenard

While CBI is dealing with tension with the Flynns, in the most recent Force episode, “Fire Starter” it’s clear that CBI has issues within its own organization. As we know, Diamond started CBI before getting arrested and sent to prison. At the time, Jenard was poised to go away to college but stayed behind to keep his brother’s organization afloat.

Now that Diamond is out of prison he wants control of CBI and though it appears he has it, it’s very clear that Jenard has something under his sleeve.

“That internal struggle of his brother having to, you know, eventually kind of maybe change his life, his trajectory of where his life was going to look after something, and then when Diamond gets out, him wanting his position back,” Keys told Digital Spy. “And now you have two alpha males just kind of going, but let alone not just alpha males, they’re brothers. And you’ll always know, there’s always competition amongst brothers. And I think there’s a lot of competition amongst them internally. I think Diamond, he doesn’t know. He just wants to love his brother, but his type of love and his appreciation is maybe not being received in the manner that needs to be, by the way, Jenard needs to see it.”

Tommy is struggling to find his footing in Chicago on ‘Power Book IV: Force’

Tommy ends up in Chicago in an attempt to begin rebuilding everything he lost following Ghost’s death. However, he’s certainly had some trouble navigating the politics of the Chicago drug game.

“The racism of Chicago, the dividedness of Chicago, is foreign to Tommy in a lot of ways, and so I think that is going to be a really interesting topic for us to tackle, the separation of Black and white and Latin people in terms of neighborhoods,” Sikora told Entertainment Weekly. “We have these real brilliant homegrown actors who are really showing the diversity and quality of the city of Chicago. I’m really proud of that.”

Strictly Come Dancing 2020: AJ Pritchard was ‘up for’ same-sex pairing before exit

Peter Andre and wife Emily pose for rare pics with Theo, 4, and Amelia, 6, as they transform their home for Christmas