Pointless welcomed a number of science and space writers and authors to the podiums this evening.

The celebrity version of the show brought the intelligent characters to play for prize money donated to their chosen charities.

The high caliber of contestant was not lost on hosts Richard Osman and Alexander Armstrong, who gleefully commented on how incredible the players were sure to be.

Richard announced: “Wow! What a line up!

“This is the cleverest bunch of people we’ve ever had on the show.”

However he then went on to insult one of his contestants, Rick Edwards in a jovial swipe.

He continued: “I tell you what: You know you have a clever show when Rick Edwards – Cambridge maths graduate and quiz presenter – is the thickest person on the show!”

Instantly Rick began shouting at the host in disagreement.

He vehemently said: “Hold on a minute! We haven’t established that yet!” 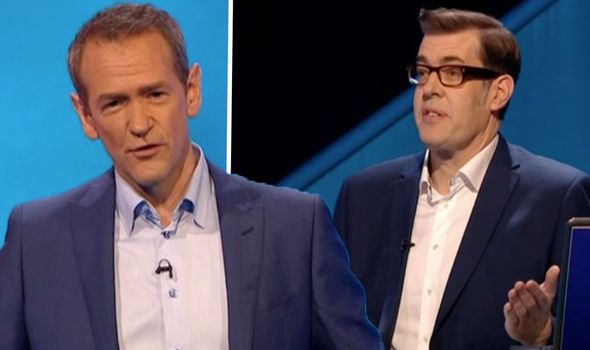 Hold on a minute!

To which Rick laughed: “Yeah, all right. Fair enough.”

As the audience erupted into laughter, the game then moved on to the first round of the competition.

The joke was on Richard as Rick managed to get to the final round of the difficult BBC quiz.

Richard wasn’t the only host hitting out at contestants, as recently Alexander gave a warning to Strictly Come Dancing star Katya Jones.

Strictly star Oti Mabuse was not doing well when she arrived on the show, prompting Alexander to say: “Oh it was touch and go for every single one of you apart from Oti and Ore. 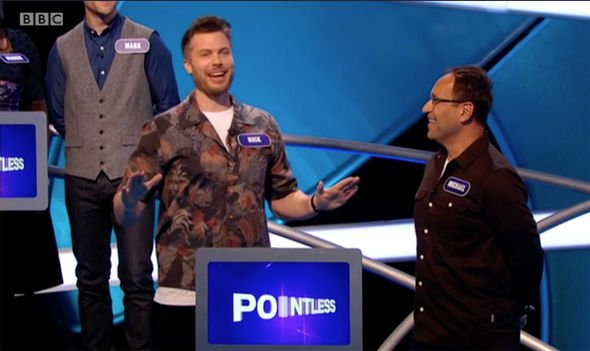 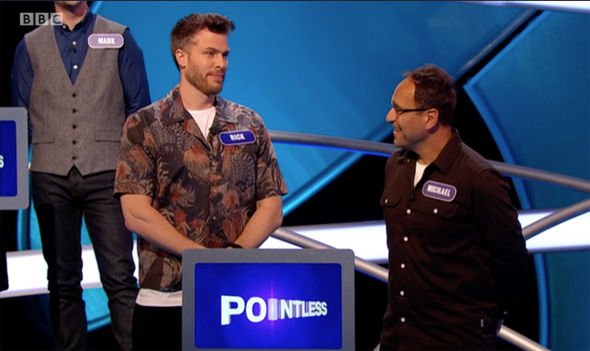 He then went on to call out Oti’s colleague, Katya, as he began: “Um, but yeah, Katya and AJ.

“I am just going to say, yes, pull your socks up!”

AJ Pritchard made light of the situation, however, as he pointed out that he in fact was not wearing any socks, leaving the audience chuckling.

Unfortunately the duo did not make it to the end of the show.

Pointless Celebrities continues Saturday at 6.20pm on BBC One.