Piers Morgan, 54, and Susanna Reid, 48, were back on hand to present Good Morning Britain today and the pair interviewed Liberal Democrat MP Chuka Umunna, 40, as the party conference continues in Bournemouth. As the hosts quizzed the politician about how the party would approach Brexit, Morgan was left riled when Mr Umunna appeared to dodge his question on why the British public should respect their decision regardless of 17.4 million voters choosing to leave the European Union in 2016.

You haven’t answered my question

As the interview got underway, Mr Umunna tried to explain the Lib Dems’ stance on Brexit after questions about whether they’d respect the 2016 referendum, but as Morgan strongly disagreed, he voiced his uncertainty to the MP.

“I love you coming on our programme,” Morgan began.

“But, I have a real problem with what the Liberal Democrats are doing. I think they’re doing it for politically shameless reasons.

“There are lots of people out there who voted to Remain. You can raise your support with this position but it’s the absolute opposite of democracy,” the host declared as he shut down the politician. 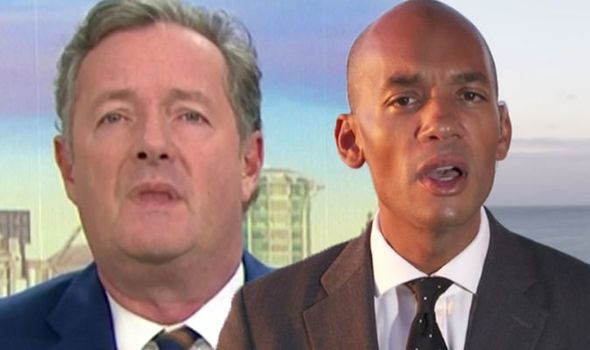 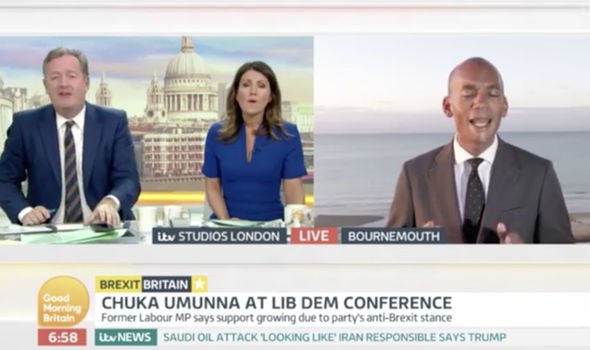 Mr Umunna told the host he had answered his questions, but the presenter hit back: “No, you haven’t answered my question.”

The guest replied: “I’ve answered your question. You may not like the answer Piers but the answer is a referenda are not the only way to determine things in this country, we also determine them by general election.”

Mr Umunna went on to explain when he was a member of the Labour party, he voiced his opposition of their stance, before saying if people voted for the Lib Dems in a General Election, then another referendum wouldn’t be needed as the manifesto would clearly angle towards stopping Brexit.

“People are fed up talking about Brexit,” the politician stated. 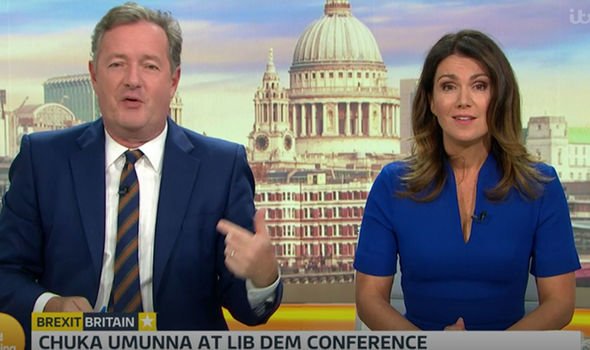 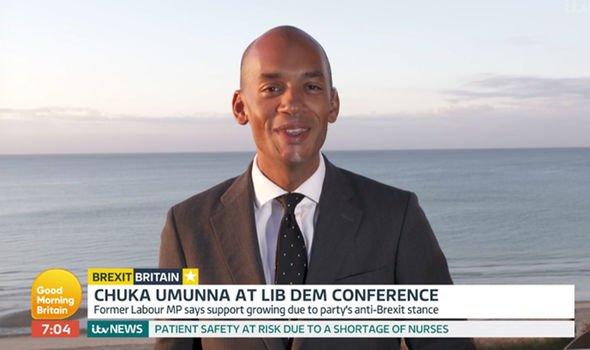 Continuing, Mr Umunna said “They want it settled and resolved once and for all and the only way you can do that is you either just get on with it regardless, which is the Prime Minister’s position, or you put a stop to it.”

“And we’re clear we want to put a stop to it. I have no idea where Labour is on that but there is going to be a clear choice in the General Election.”

Trying to get a definitive answer to his original question, Morgan told the MP: “You want to be clear, you keep talking about clarity and clear.

“I’ve asked you many times this question this morning and I’m going to ask you one more time.

“Why, if Liberal Democrats win a next Election, a majority, why should anybody either accept it or respect it if you have not accepted or respected the last big vote, or the one before the last Election – the referendum – why should we accept or reject it if you win?

“Explain to me that. Answer that question,” Morgan sternly asked the guest.

Mr Umunna replied: “Because the British public are entitled to take a different view and if they vote for us and we get a majority, I think it will be quite clear there has been a change in view in this country and the important thing is the democratic reference point is a General Election.

“If we want to run our country and decide every issue by a referendum, we probably need to change our constitution.”

The guest added: “But generally speaking, the way we make decisions in this country is through general elections and some might argue actually it’s a better way to determine things.

“That’s my answer,” he replied to the host.

Concluding the interview, Mr Umunna explained: “It’s a specific issue and I had a very different view to the Labour party.

“And the important thing is what is what is said and done before a General Election is done.”