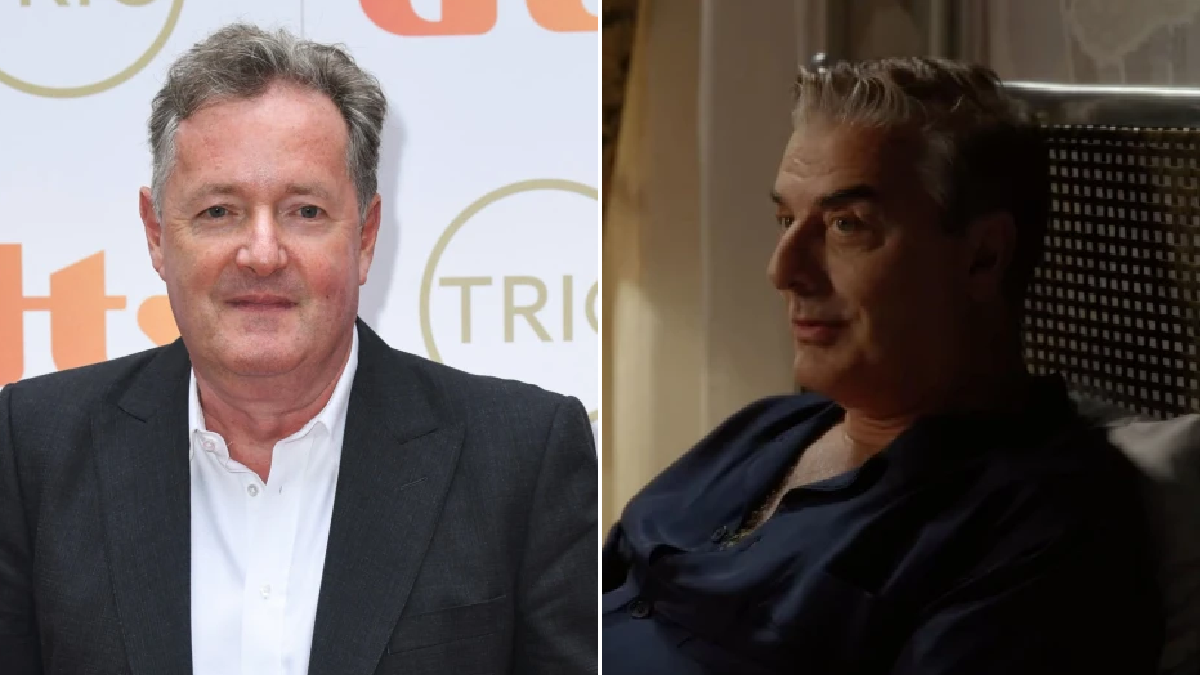 *Warning: This piece contains MAJOR spoilers for the first episode of And Just Like That…

Piers Morgan has issued a major warning to middle-aged men following the first episode of the new Sex And The City reboot And Just Like That.

Chris Noth’s character Mr Big was killed off by a heart attack in shocking scenes after a rigorous workout on his Peloton at the end of the opening chapter, leaving fans across the globe completely devastated.

‘And just like that, Big was dead,’ Sarah Jessica Parker’s Carrie is then heard saying in the voiceover as the episode cuts to credits.

And, just like the rest of us, former Good Morning Britain presenter Piers was troubled by one thing… Carrie Bradshaw taking her sweet time to call for help.

Reacting to the jaw-dropping moment, Piers tweeted: ‘If you’re a middle-aged man watching the first episode of revived Sex in the City with your wife/girlfriend and she doesn’t immediately scream “Why isn’t Carrie calling emergency services?” as she leisurely cuddles Mr Big’s *STILL ALIVE* body… dump her asap,’ he wrote, alongside a photo of Carrie cradling Big.

And Just Like That… is available to stream on NOW.