PHIL Vickery "stormed off" This Morning after Eamonn Holmes insulted his soup.

The celebrity chef, 59, appeared on Wednesday's show to cook a veggie soup live from a pumpkin farm. 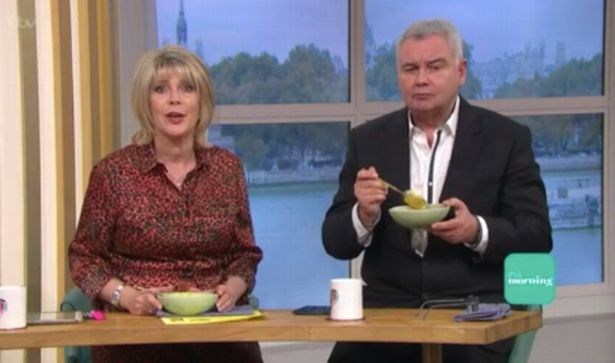 Hosts Ruth Langsford and Eamonn Holmes were able to try their own version in the studio – and even mopped it up with a chunk of bread.

However, once they'd finished, Phil said: "It [pumpkin] tastes like squash. Have you had squash Eamonn?"

Eamonn suggested the chef was talking about orange squash, leading Phil to reply: "I knew when I said that it as a waste of time."

Then the This Morning presenter turned to his wife and said: "You know when you look at a menu in a restaurant and you think, 'I don't think I'll like that' – basically all soups tastes the same." 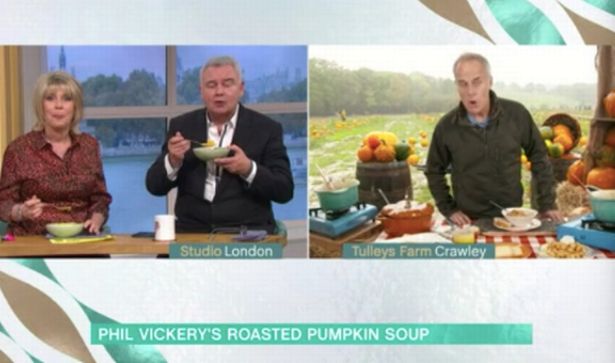 Ruth jabbed back: "What are you talking about? How can mushroom soup taste like pumpkin soup?"

He replied: "Put a bit of pepper on it and it all tastes the same."

Ruth tried to apologise to Phil, but he'd already jokingly stormed off at Eamonn's comments. 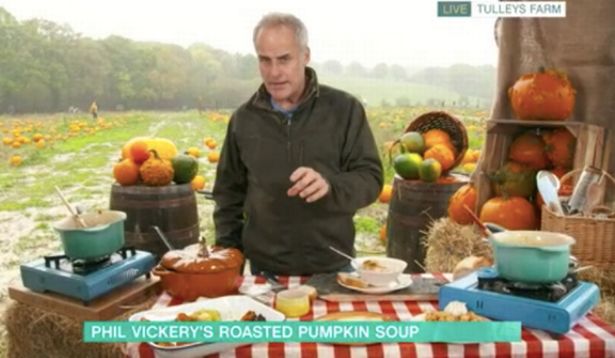 She said: "Phil I'm so sorry, the man's a philistine what can I say?"

Luckily the chef returned later in the episode to cook the husband and wife duo a pumpkin risotto.

The Holidays Are Here! UPtv Announces 500 Hours of Christmas Programming and 5 New Films