Arthur Shelby (played by Paul Anderson) isn’t afraid of getting his hands dirty and is often caught up in a fight. In season five of Peaky Blinders, fans of the BBC series saw him attack a man who had been meeting with his wife Linda (Kate Phillips). While they’d only met to talk and for tea, Arthur saw red and ended up murdering the man. Fans were horrified by the bloody and violent scene but it seems an even more violent fight was set to go in the season five finale.

When Thomas Shelby (Cillian Murphy) plotted to have Oswald Mosley (Sam Claflin) assassinated at a rally he was hosting, the Peaky Blinders ended up getting into a scrap when his plan was foiled.

Arthur was expected to be part of a particularly bloody fight but stunt co-ordinator Dean Forster has revealed it was deemed too graphic to be included.

He explained actor Paul is “quite a method actor” so wanted to be heavily involved. 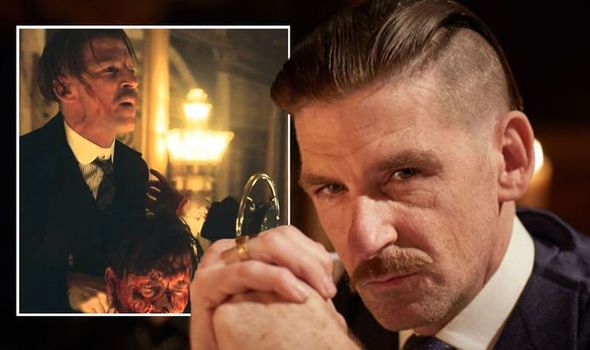 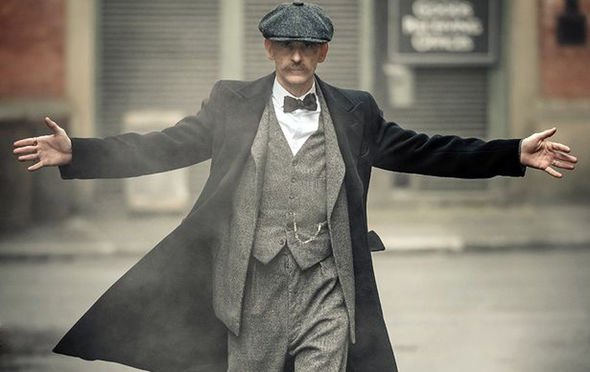 “We actually… put together a fight that was really nasty, it was really, really violent,” Dean recalled.

“We filmed it on our iPhones, sent it to the director, and the director went ‘Nope, don’t like it, it’s not scripted like that.’

“So we had to change this really violent, violent fight, where he basically breaks my neck, into what was scripted,” Dean told Metro.co.uk.

The stunt co-ordinator explained the graphic fight would have seen Arthur bend his victim in half, snapping his back. 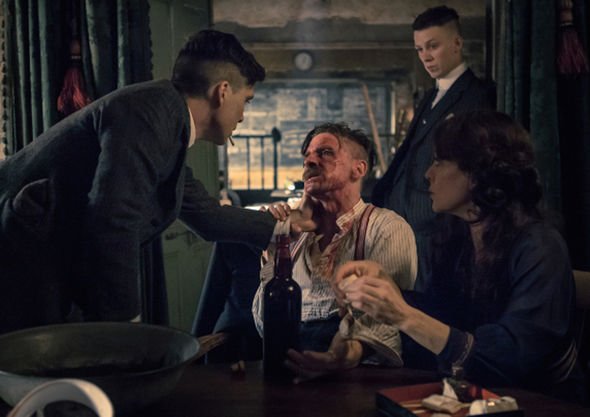 “It looked really, really violent because I just fell dead on the floor,” he remarked.

Actor Paul recently sent fans of the BBC series into a frenzy when he teased its imminent release.

Posting a drawing of his character Arthur on Instagram, he told his 541,000 followers: “Season 6 #comingfknsoon thanking you all for the wait,it will will be worth it.”

Filming for the sixth season began in early 2020 but had to be put on hold due to the coronavirus pandemic.

However, director Anthony Byrne previously started he was hopeful filming would resume at the end of 2020.

“We were so close to the start of filming season six,” he remarked.

“Sets were built, costumes were made. Cameras and lenses tested. Locations were booked.

“All the prep was done. It’s a real shame not to be able to make it for you at this time.”

He told Digital Spy: “n an ideal world it would be great to be prepping again towards the end of the year [2020] with a view to start shooting early next year [2021].

“That feels achievable, whether that’s true or not, I have no idea.”

Anthony said he if they began filming in January, it is like it wouldn’t be finished until May or June before editing could take place.