John Cena’s Peacemaker is in quite a predicament — and his captor can’t even be bothered to set down a bag of chips! — in TVLine’s exclusive peek at HBO Max’s upcoming offshoot of The Suicide Squad.

Premiering Thursday, Jan. 13, 2022 (with three episodes, followed by weekly releases), Peacemaker explores the character that Cena first portrayed in writer/director James Gunn’s The Suicide Squad — “a compellingly vainglorious man who believes in peace at any cost, no matter how many people he has to kill to get it.”

In the full image below, Peacemaker and his cohort Vigilante (UnREAL‘s Freddie Stroma) find themselves held captive by Judomaster (The Kroll Show‘s Nhut Le), who is casually chomping a snack food while deciding their fates. 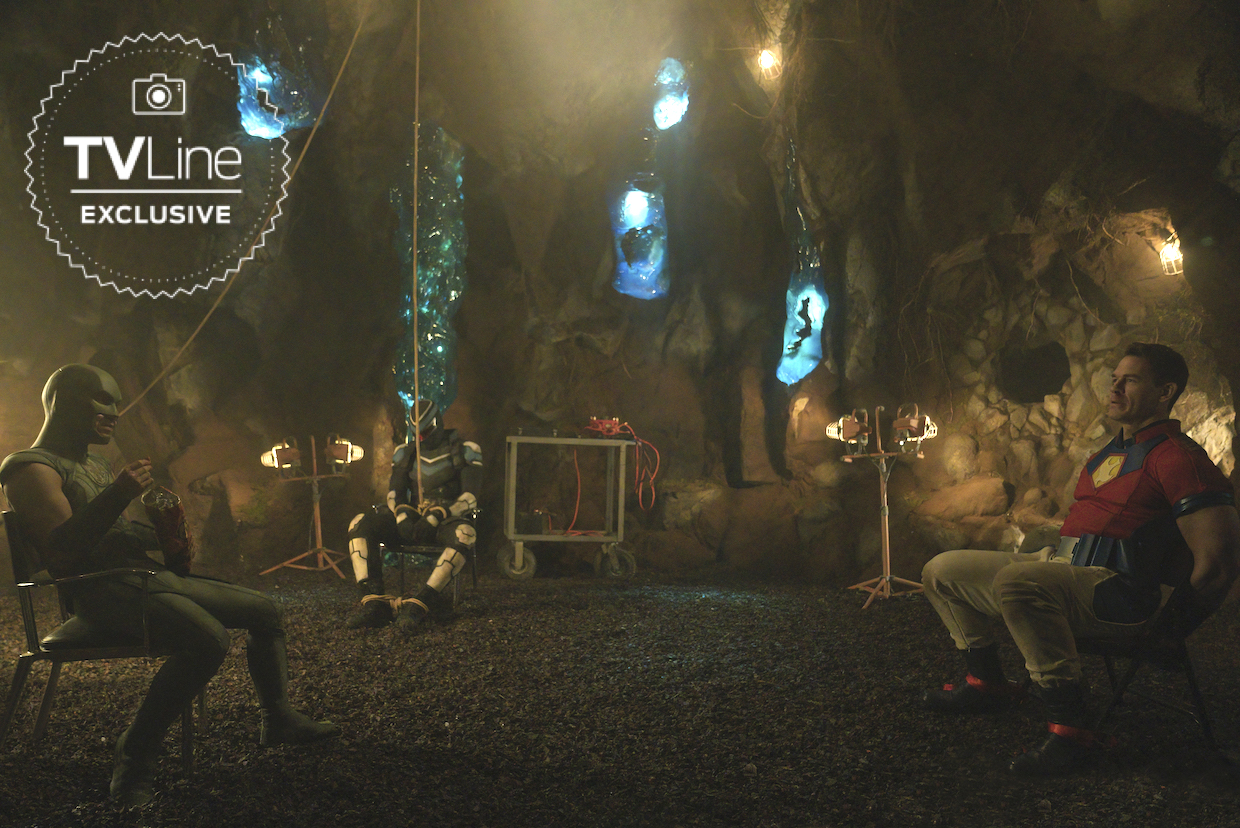 Gunn wrote all eight episodes and directed five, including the premiere. Gunn, Peter Safran and Matt Miller serve as executive producers on the series, while Cena has a co-EP title.

Want scoop on Peacemaker, or for any other show? Email [email protected] and your question may be answered via Matt’s Inside Line.