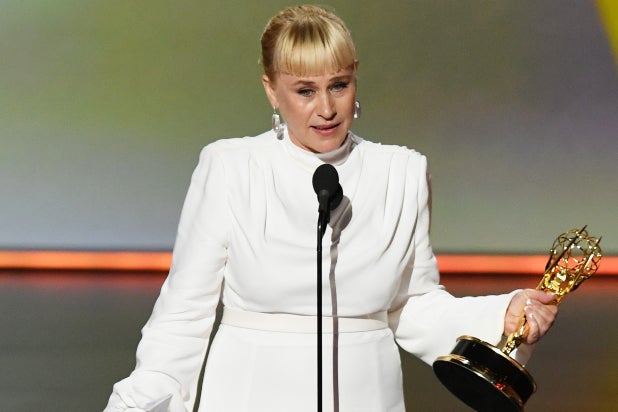 Patricia Arquette paid tribute to her late sister, Alexis, and argued for transgender rights during her Emmy acceptance speech on Sunday.

“I just have to say I’m grateful to be working. I’m grateful at 50 to be getting the best parts of my life. And that’s great, but in my heart I’m so sad that I lost my sister Alexis, and that trans people are still being persecuted,” she said, while accepting the award for Outstanding Supporting Actress in a Limited Series or Movie.

“I’m in mourning every day of my life, Alexis, and I will be for the rest of my life for you, until we change the world so that trans people are not persecuted,” she continued. “And give them jobs. They’re human beings, let’s give them jobs. Let’s get rid of this bias that we have everywhere.”

Alexis Arquette, a transgender activist and actress known for appearing in “The Wedding Singer,” died in 2016 at the age of 47. Her transition was documented in the 2007 film “Alexis Arquette: She’s My Brother.”

Patricia Arquette won for her role as Dee Dee Blanchard in Hulu’s “The Act.” She was also nominated for her role in Showtime’s “Escape at Dannemora,” where she will go against her “Act” co-star Joey King. That award was won by Michelle Williams for “Fossy/Verdon.”