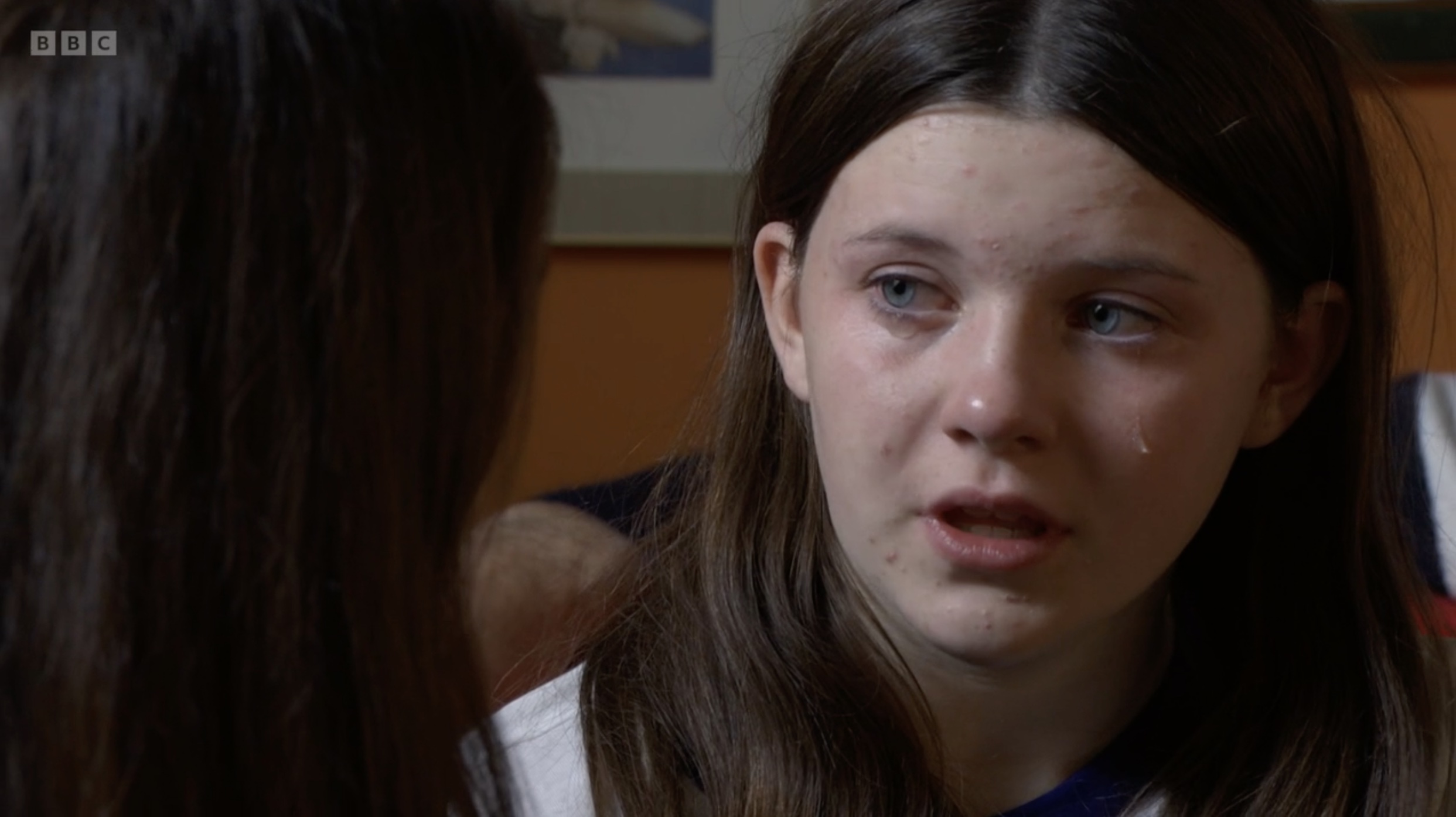 Lily Slater (Lillia Turner) made a decision about her baby in EastEnders, telling her parents that she’s going to have an abortion.

The 12-year-old, as viewers know, discovered that she was pregnant on New Year’s Day, after a trip to the hospital following a carbon monoxide leak.

Due to her age, authorities were informed, and Lily was subjected to questions from both the police and social services, who were eager to know who the father of her unborn child is.

Stacey (Lacey Turner), meanwhile, pleaded with Lily to tell her the identity of the dad. Lily did just that, confirming that the father is Ricky Mitchell (Frankie Day), before begging her mum to keep quiet.

Despite an ongoing investigation, Stacey has kept true to her word, refusing to divulge what she knows about the father, much to the dismay of Martin Fowler (James Bye), who was adamant that Lily should have an abortion.

Lily, however, didn’t know what she wanted to do about the baby, and proceeded to lash out at her parents for putting pressure on her to make her mind up.

Friday’s (January 20) edition of the serial drama saw Martin stop by No.31, hoping Stacey would help talk their daughter into an abortion.

Stacey, however, refused, commenting that she was pressured by Bradley Branning (Charlie Clements) into an abortion 16 years ago, which is something she regrets, and thus she’s not going to do the same to Lily.

Martin saw sense and backed off, while Lily spoke to Whitney Dean (Shona McGarty), who is pregnant with a child of her own.

After much deliberation, Lily told Stacey and Martin that she’s going to have an abortion.

EastEnders continues Monday January 23 at 7:30pm on BBC One.