The very first episode of Ozark threw Netflix viewers right into the thick of the action as Marty Byrde (played by Jason Bateman) and business partner Bruce Liddell (Josh Randall) got on the wrong side of their drug kingpin boss Del (Esai Morales). The pair had been money laundering for the Navarro Cartel, but Del had his suspicions money was being stolen, prompting him to kill Bruce right in front of Marty when he was proved correct. But in true Marty Byrde fashion, he managed to convince Del he had nothing to do with the theft and set up shop in the Ozark’s.

With a gun pointed to his head, Marty convinced Del he could keep cleaning the cartel’s money but away from Chicago.

“Are we ready?” Del warned Marty as he lifted his gun to his head, prompting the Byrde man to plead: “No, no, no, no. Hang on, hang on. Just talk to me for one second.”

Suddenly a lightbulb went off in Marty’s head as he retrieved a brochure for the Ozark’s from his pocket that Bruce had given him earlier.

On the spot, Marty conjured up a convincing money-saving plan for Del and the cartel which appeared to intrigue the murderous drug lord. 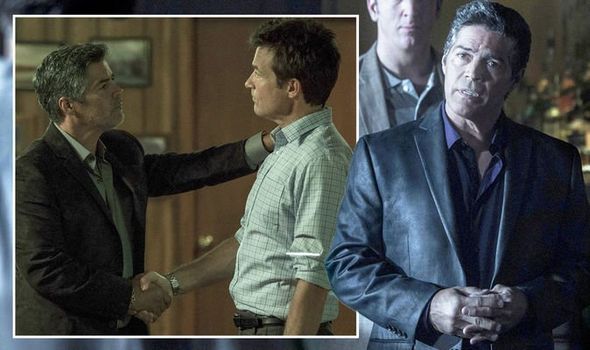 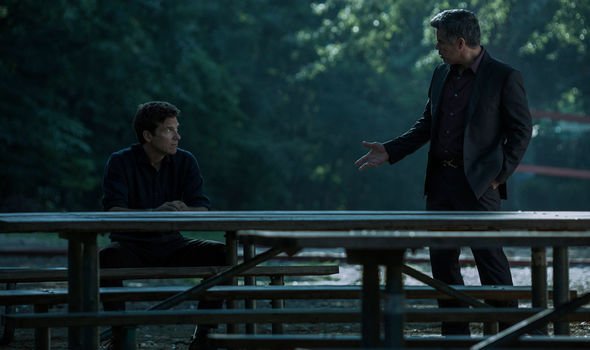 “More shoreline than the whole coast of California,” Marty began as he showed Del the brochure.

Marty then came up with a plan to move himself, wife Wendy (Laura Linney) and their two children to the Ozark’s to launder money due to the heat Del was facing in Chicago.

“We need a new hub. I need a new hub,” he pleaded to Del before insisting he could not only launder the money he and Bruce had been previously given but could cut costs by laundering every cent the cartel earned in the States.

Del eventually came round to the idea, deciding to spare Marty and his family’s lives and give him a shot at putting the wheels in motion on his impromptu plan. 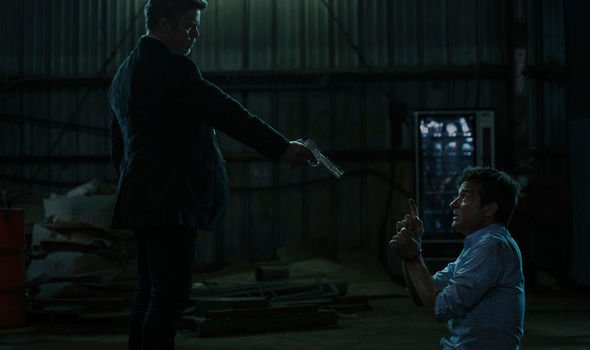 For the rest of the series, Netflix viewers watched as Marty juggled moving to a completely new area, laundering the cartel’s money, and trying not to get on the wrong side of his new neighbours, the Snells.

Of course, this was easier said than done as time after time, Marty escaped near death after manipulating and toying with everyone around him.

However, fans also discovered in the series just why Del wanted Marty to launder his money in the first place through a series of flashbacks which showed him work tirelessly to get Marty on board in the first place.

But it’s this detail in Del and Marty’s backstory which has left some fans wondering whether the drug lord was ever going to shoot Marty in the first place and thus, making his move to the Ozark’s unnecessary.

Taking to Reddit, Ozark fan checksurposthistory explained: “Was Del really going to kill Marty? Scare him, sure, but actually kill him until he could find someone to replace him with?

“Del really liked Marty and wanted to work with him exclusively from the beginning. He thought Bruce was a liability and was probably thrilled to get rid of him. Del could have shot Marty right away like he shot everyone else but instead kinda took his time toying with him.”

They conclude by pointing out Del could likely have let Marty live without the Ozark’s plan given his fondness for the businessman.

Not only that, but if Del had killed Marty, it didn’t exactly sound like he had a backup plan for laundering the cartel’s money – something it took years to hone with Bruce and Marty.

Surely these factors combined mean Marty never actually had to move to the Ozark’s and opens up a seeming ‘plot hole’ in the narrative?

However, some fans have argued that Del would’ve still killed Marty as it’s the cartel’s nature.

But given Marty didn’t have anything to do with the theft and seeing the consequences if he were to be, it’s unlikely he wouldn’t have been a trustworthy asset if he stayed in Chicago.

Ozark seasons 1-3 are available to stream on Netflix now.