Season one of Outlander launched the historical drama with audiences introduced to the world and characters created by Diana Gabaldon. The show started off with 20th century nurse Claire Beauchamp Randall (played by Caitriona Balfe) accidentally travelling through time to the 1700s and falling for Jacobite Jamie Fraser (Sam Heughan). As season one progressed, viewers saw the lives of Jamie and Claire becoming more intertwined as she became involved in his dangerous world, which featured characters like Captain Black Jack Randall (Tobias Menzies), Geillis Duncan (Lotte Verbeek) and Dougal MacKenzie (Graham McTavish).

Why was Geillis and Jamie Fraser flirting scene cut from series?

Season one was the longest run of Outlander to date with a total of 16 episodes, which were split into two eight-instalment blocks.

However, for brevity, certain scenes got the chop including one between Jamie and Geillis from season one, episode nine.

The scene came after Claire gave Jamie the cold shoulder after he whipped her with a belt as punishment for running away.

She had been attempting to get back to Craigh na Dun and travel back to her own time but was captured by Captain Black Jack. 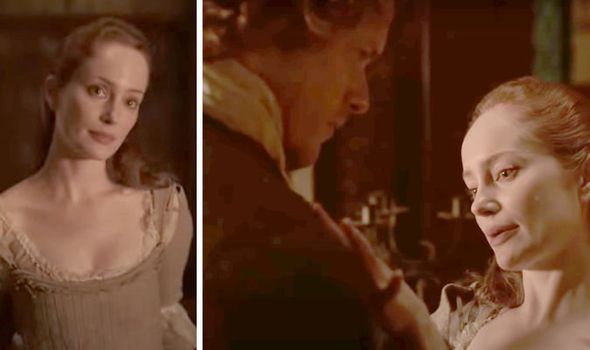 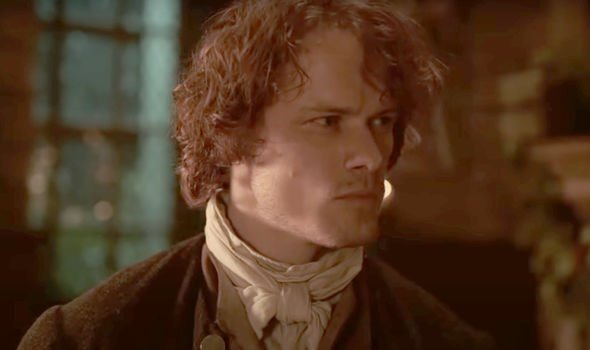 Jamie and his men took a huge risk when they went to rescue her, which they managed to do successfully.

Nonetheless, Jamie’s men were furious at Claire’s apparently reckless behaviour which put them in unnecessary danger.

In the deleted scene, which was originally part of the midseason premiere for the first series, Jamie encountered Geillis at Castle Leoch.

Jamie spied an argument between Geillis and her husband Arthur Duncan (John Sessions) as he hid behind a column as the couple quarrelled. 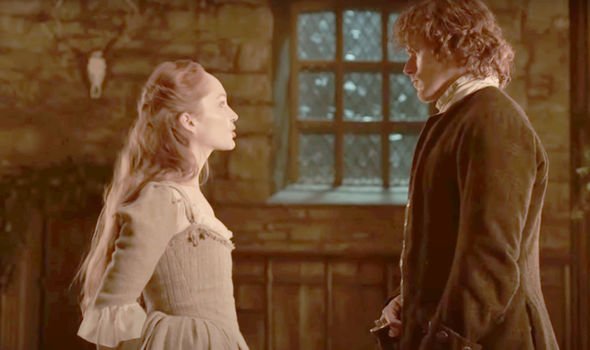 Once Arthur stormed off, Geillis told Jamie to stop lurking in the shadows and confronted him about his wife, warning him not to lay hands on Claire again.

Geillis threatened Jamie, telling him never to hurt her again physically or to break her heart otherwise she would use a concoction to punish him.

She also described Jamie as a “pretty package” which she would hate to destroy but would do so if need be.

Speaking on the Outlander season one DVD, Outlander producer Ronald D. Moore explained why the scene ended up on the cutting room floor. 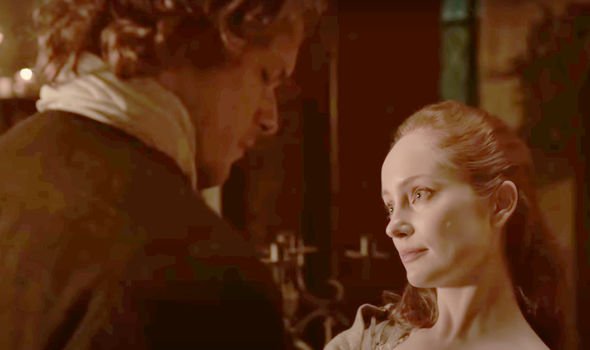 He said: “Again, this scene was cut primarily for time. However, I always had mixed feelings about this scene.

“I loved it and then I was little afraid of it at the same time.

“It was great to put Geillis Duncan in the show, particularly on the return to Castle Leoch to re-establish the character because she was going to play such a big role in upcoming episodes – and it was unfortunate there wasn’t an opportunity to play her with Claire because this was a Jamie point of view episode.

“It was just supposed to be a way to unsettle him and remind us that Geillis Duncan is an interesting character with a lot of different layers to her.”

Moore continued: “I think if we had kept it in the show, it might have sent the audience down the wrong path.

“But it’s one of those judgment calls you make when you’re sitting in editorial.

“You’re always asking yourself, ‘What is this scene telling the audience and is this consistent with where we’re trying to go with the episode?’ But it’s an interesting scene.”

‘Annabelle Comes Home’ Rings Up $3.5M In Tuesday Night Previews, Ahead Of Both ‘Conjuring’ Movies