Fans of Outlander will remember Lizzie (played by Caitlin O’Ryan) began to fall for Young Ian (John Bell) in season four when she arrived at Fraser’s Ridge with Brianna Fraser (Sophie Skelton). While Ian went on to become part of the Mohawk tribe, his return in season five prompted an elated response from Lizzie who was undoubtedly thrilled to have him back. Viewers know Ian has been through something traumatic with the Mohawk but he could be about to find happiness with Lizzie.

In the second instalment of the Outlander: End of Summer series, John and his co-star Lauren Lyle, who plays Marsali, shared a deleted scene from season five.

The clip shows Young Ian preparing to head off with his uncle Jamie Fraser (Sam Heughan) to rescue Claire (Caitriona Balfe), who has been abducted.

As he puts on his war paint, Lizzie begs him not to leave the Ridge and instead stay behind with her.

Speaking ahead of the deleted scene, John remarks: “Today we are filming the DVD extra scene, Warpaint.” 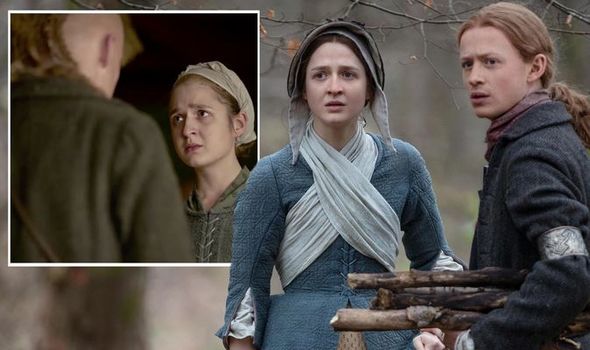 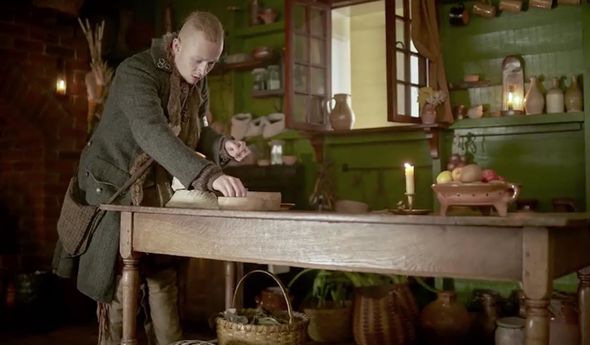 “What the scene is about, is Young Ian preparing to go to war, really for the first time,” showrunner Matthew B Roberts adds.

John continues: “Ian is looking for ingredients in order to make a blood red paint, which is really his form of armour.”

“Ian is asking Lizzie to help him get ready for battle,” Caitlin explains.

“She’s terrified that by doing something for Ian, such as that, she would let him down again.” 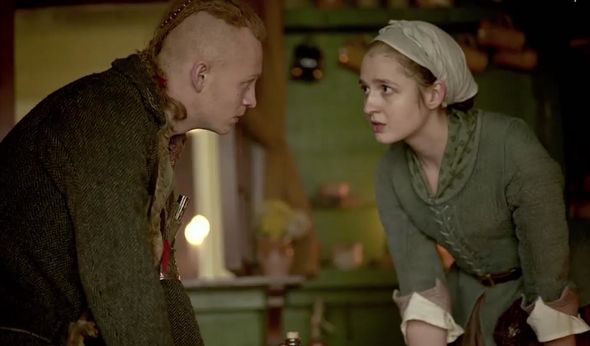 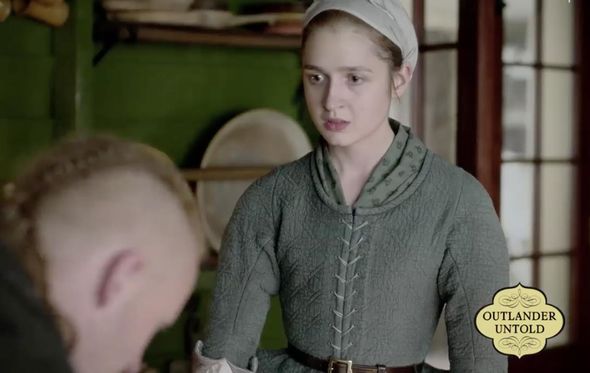 John shares: “She certainly puts it into perspective what he’s doing and challenges him. That almost gives him more confidence.”

Hinting there is more to come from Lizzie and Ian, Matthew adds: “They almost bolster each other to do the thing they need to do.”

The deleted scene then shows Lizzie and Ian in Claire’s surgery as they try to find paint for the youngster to put on his face.

“I’m going with Uncle Jamie, I’m going to war,” Ian tells her. “The paint is for my face.

Lizzie exclaims: “Please, you don’t have to go with them, with the other men.

“Please do not go leave us. You might get hurt. This house is so big, and now you’re here, you’ve come back.

“How empty it will be without you. We’ll be alone here.”

But Ian ignores her protests and hits back: “I must go Lizzie.”

It’s clear there is affection from both Ian and Lizzie for one another but whether they act on it remains to be seen.

However, this is the biggest hint yet that they could embark on a passionate romance.

Speaking of Lizzie’s upcoming storyline, executive producer Maril Davis told fans watching the Outlander virtual panel at Paley Fest LA: “Caitlin O’Ryan, who plays Lizzie, has a great story, and she is such a phenomenal actress. There are just so many exciting things.”

Black Lightning: Will The CW’s other DC superhero series ever join the Arrowverse?