In the first ever episode of Outlander, Claire (played by Caitriona Balfe) travels to Inverness with husband Frank Randall (Tobias Menzies) for their belated honeymoon. Frank takes Claire to Craigh Na Dun one evening to watch local women perform a ritual and it captures the doctor’s imagination. She returns later on during their trip away and hears a buzzing coming from the stones, as she gets closer, she touches them and is transported back to 18th Century Scotland.

Claire wakes up on the other side of the stones and finds herself immediately caught up in conflict between the redcoats and highlanders.

She is chased by the redcoats and her white shift, which she was wearing when she visited Craigh Na Dun, is quickly covered in mud.

Claire is caught by a redcoat who tries to rape her but luckily, Murtagh Fitzgibbons (Duncan Lacroix) comes to her rescue.

He takes her to where his fellow Scots are hiding out and Claire meets Jamie (Sam Heughan) for the first time. 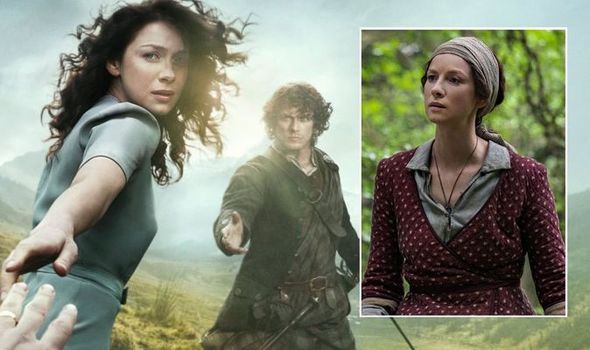 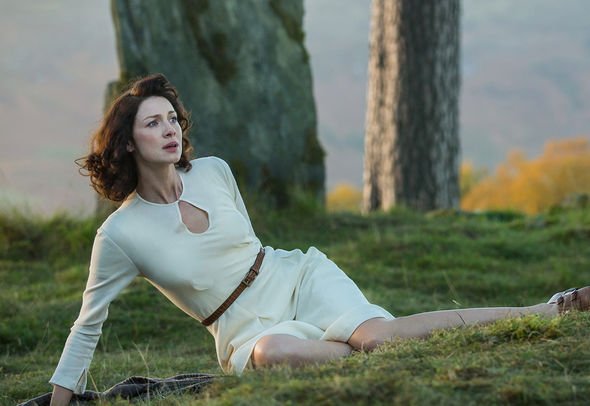 The Scots debate whether or not Claire, who is English, is a spy and if they can trust her.

She soon proves she can be trusted when she fixes Jamie’s fractured shoulder.

The highlander then allows Claire to share his horse as they ride back to Castle Leoch.

Fans have pointed out throughout this sequence, Claire’s clothing changes. 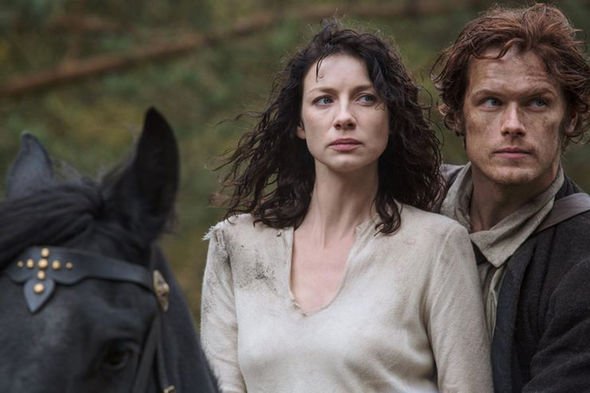 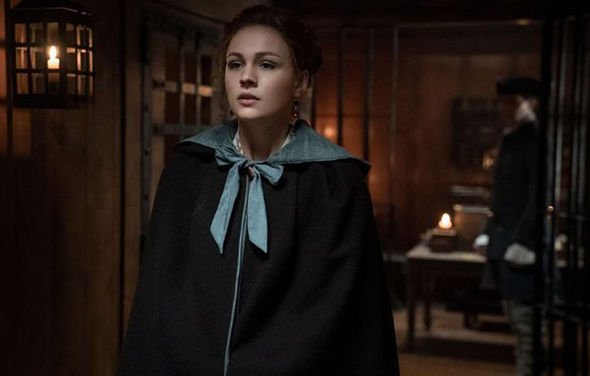 When Claire heads to Craigh Na Dun, she is wearing a white shift dress with a belt.

The dress hugs her tightly and shows off her figure, and is fixed with a pearly button at the neck.

But when she is running away from the redcoats, the dress has changed dramatically.

The belt and button have both disappeared and the dress is slightly looser.

This may be to help actress Caitriona move during the chase scene.

It’s not the only clothing inaccuracy on the Starz series as her daughter Brianna Fraser’s (Sophie Skelton) cape changes in season four.

In episode 12 of season four, Brianna insists she accompany Lord John Grey (David Berry) into Wilmington so she can visit her rapist Stephen Bonnet (Ed Speelers).

When she joins him in the carriage, she is not wearing a cape.

However, when she arrives at the jailhouse, Brianna can be seen wearing black cape with a blue ribbon.

Given that Brianna didn’t have it with her when she left Jocasta’s house to accompany Lord John, it’s not possible that she could wear it.

Have you spotted any inaccuracies in Outlander?

A Visual Guide to the 'Impeachment: American Crime Story' Cast

Why Nene Leakes Is Feuding with Wendy Williams: 'Stop Bringing Up My Name'