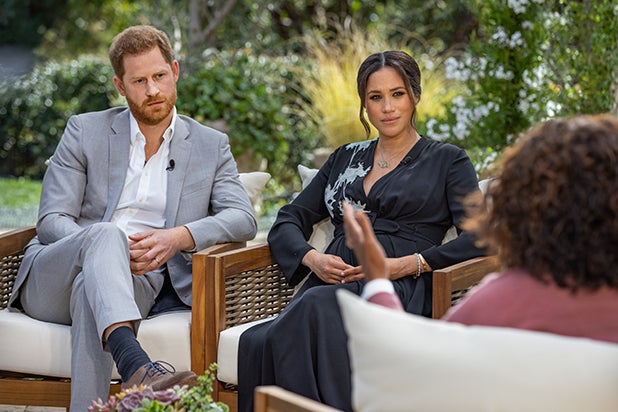 CBS paid upwards of $7 million to air Oprah Winfrey’s sit-down with Prince Harry and Meghan Markle this weekend, according to a report from the Wall Street Journal on Friday.

The two-hour interview came with a price tag between $7 million and $9 million, the report said, citing multiple unnamed sources familiar with the deal. Representatives for CBS and Winfrey’s Harpo Productions did not immediately return TheWrap’s request for comment.

The two-hour special, set to air Sunday on CBS, is the couple’s first televised interview since they stepped aside from their roles as senior members of the royal family last year. A spokesperson for the couple told WSJ that Harry and Meghan were not paid for the interview.

Earlier this week, ITV landed the rights to broadcast the special in the U.K. in a deal reportedly worth around 1 million euros, or about $1.4 million.

According to CBS, the first portion of the interview, a one-on-one conversation between Markle and Winfrey will cover “everything from stepping into life as a Royal, marriage, motherhood and philanthropic work, to how she is handling life under intense public pressure.” Harry, the Duke of Sussex, will join for the second part of the conversation to “speak about their move to the United States and their future hopes and dreams for their expanding family.”