The Voice UK made its return last weekend and saw a host of fresh talent take to the stage in a bid to impress the judges. Sir Tom Jones even reduced Olly Murs, Anne-Marie and Will.i.am to tears after he sang I Won’t Crumble With You If You Fall as a tribute to his late wife Linda.

Sir Tom lost his wife Linda in 2016 after a battle with lung cancer.

The singer has paid a tribute to Linda on The Voice in the past, and he often recalls fond memories of their life together.

While it is understood Sir Tom is single, Olly discussed his love life and how his co-star once kissed his mum on the lips.

When asked about whether he has tried to set Sir Tom up with anyone, the Troublemaker star said to Express.co.uk and other press: “The last time he came around, he took my mum home. 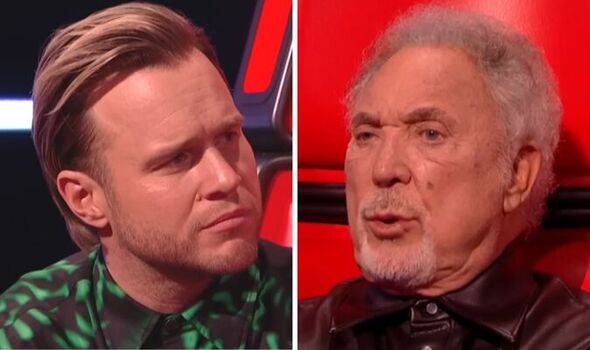 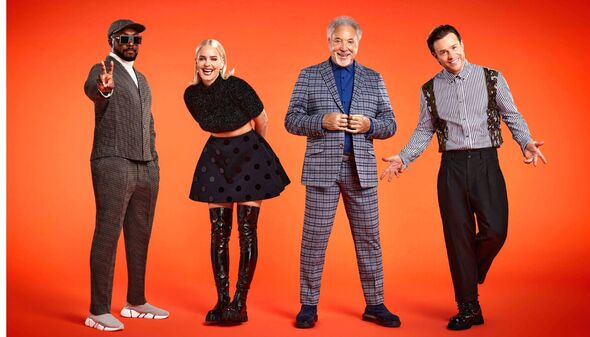 “If you look online, there’s a picture of them kissing,” the former X Factor finalist added.

“Genuinely I thought he was going to give her a kiss on the cheek, and he just went,” Olly added as he demonstrated what Sir Tom did.

“My mum was like, ‘Alright, Pete, it’s over’,” Olly joked referencing the smooch. “He is a great guy, he really is.”

Sir Tom and his late wife met as teenagers and married at the age of 16. 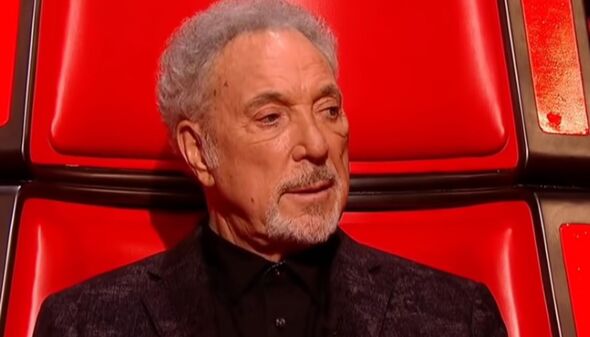 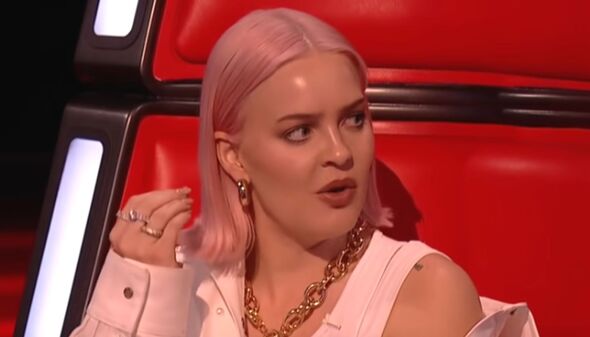 They later went on to have their son, Mark, who has helped to manage his father’s career.

On Saturday, Sir Tom spoke about his wife before he sang one of his latest tracks.

“I try to pick songs that mean a lot to me,” Sir Tom told his co-stars.

“And this song is trying to tell you… the people that you love sometimes need to be backed up and you need to give them strength.

“This is what this song means, ‘I’ll do anything for you, but I won’t crumble with you if you fall’.”

Anne-Marie even admitted to walking off The Voice set in tears as she was so overcome with emotion by Sir Tom’s song.

“Tom sang one of his songs called Crumble for his wife,” the 2002 hitmaker recalled.

“I think this is like a testament to him and why he has been able to stay around [for] so long because he feels every word he says and every song he releases he means it.

Olly chipped in: “To see someone who loved his wife so much, you could see the pain.”

The Voice airs on Saturday at 8pm on ITV.