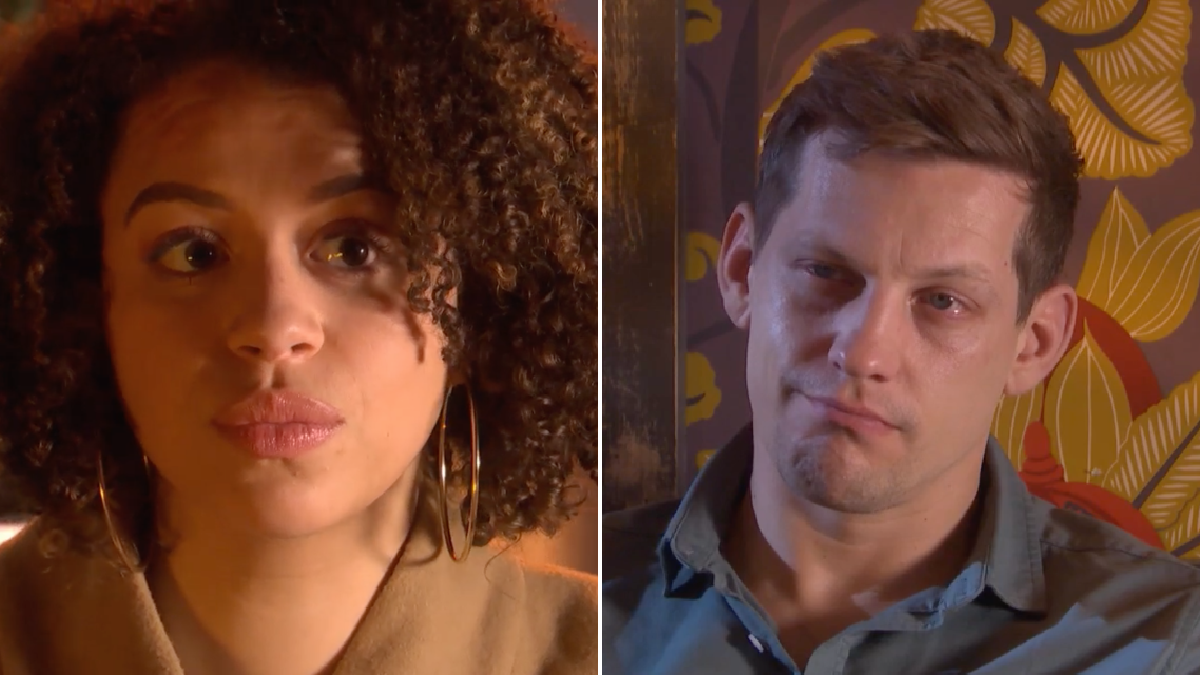 Bet you didn’t see that coming!

John Paul, as viewers know, has been struggling to come to terms with the bus crash tragedy last week.

The deputy head teacher was designated driver during a school trip, which ended in disaster when he lost control of the vehicle.

Olivia was injured in the crash, as was student Freya (Ellie Henry), who was left with life-changing injuries.

Despite the incident having been declared an accident by the police, John Paul has felt responsible.

While he wasn’t under the influence at the time of the accident, he told Prince (Malique Thompson-Dwyer) that he ‘needed’ a drink, and his hands where shaking when the crash took place.

Things took an interesting turn during Friday’s (March 25) edition of the Channel 4 soap, after John Paul received a note from an anonymous resident, who claimed to know what he did.

Monday’s (March 28) offering picked up the following day, with the deputy head teacher seeking solace in the booze, concerned about the blackmail note.

With the pressure of it all getting too much for him, he accused Prince of writing the note, and even lashed out at student Mason Chen-Williams (Frank Kauer), suggesting that he was to blame.

Following the classroom incident, JP tried to focus his attention on his job, but he soon received another shock, when another message was left on his blackboard.

This one told him to quit his job.

Olivia, meanwhile, offered to support him in any way he needs, but viewers soon caught a glimpse of her writing and, spoiler alert, it matched the writing on the blackboard!

It was revealed via flashback that Olivia had overheard Prince and JP’s discussion in the hospital, in which the latter admitted to being responsible for the crash and to being an alcoholic.

Olivia is clearly intent on using this discovery to her advantage by torturing John Paul with mysterious notes, and it appears as if she might have got her wish in getting him to quit, as the post-credit scene of the episode revealed that John Paul had signed a letter of resignation.

Will Olivia get her hands on his position at school?

Hollyoaks continues Tuesday March 29 at 7pm on E4, or catch the next episode on All4 that very morning.