The British politician, 56, stepped down from the Reform Party last night after he claimed to have completed his “life’s work”. Said he was delighted Brexit had finally happened, saying in a Twitter video last night now was “the moment” for him to rest, look back and say ‘I have done it’”.

Mr Farage masterminded the UK’s exit from the EU and said after the EU referendum he wanted his “life back”.

The former leader has remained a divisive figure in politics and has been involved in many intense confrontations.

One of the most notable was with Mr Campbell, who served as former Prime Minister Tony Blair’s communications and strategy director.

When Mr Farage and the ex-Labour spin doctor appeared on Good Morning Britain they launched into a heated debate over Brexit.

The tense discussion left Piers Morgan surprisingly silent and, at times, both him and Susanna Reid laughed at the political heavyweights. 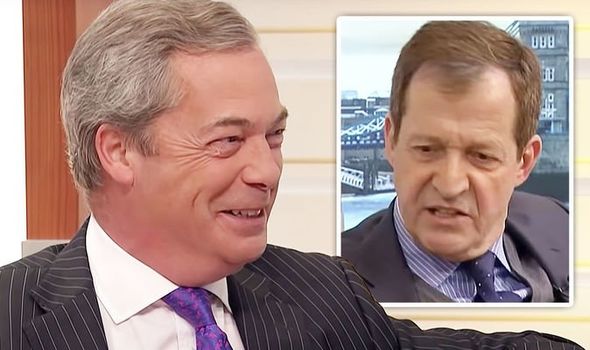 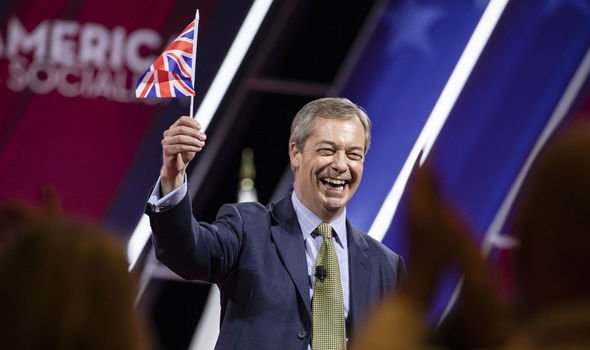 In the 2017 debate, Mr Farage claimed the UK would “reach out to a way bigger world than Europe” by leaving the EU, which he described as “exciting”.

Mr Campbell didn’t think it “made any sense at all” to “come out of the biggest marketplace in the world” to create a “global Britain”.

He vented: “We’re taking back control! Why are you so miserable? We are getting back our independence, it’s great!”

JUST IN: Should Nigel Farage be given a knighthood? 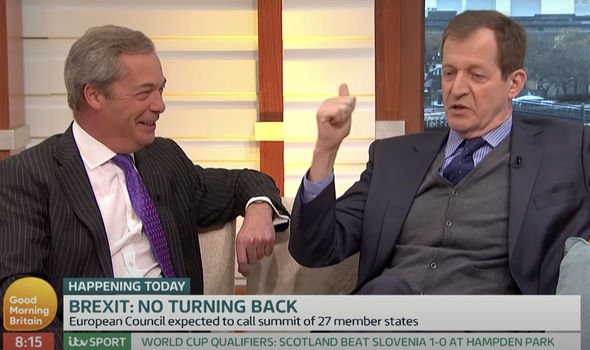 Mr Campbell rejected the claim he was “miserable” before moaning about “losing control of Britain”.

He continued: “I am genuinely worried that we have committed – and you have helped to bring about – an act of economic and political suicide.

“And that we are going into political decline.”

Mr Farage disputed his opponent’s “political suicide” remark by arguing it wasn’t possible because the UK could “make our own laws, in our own country”. 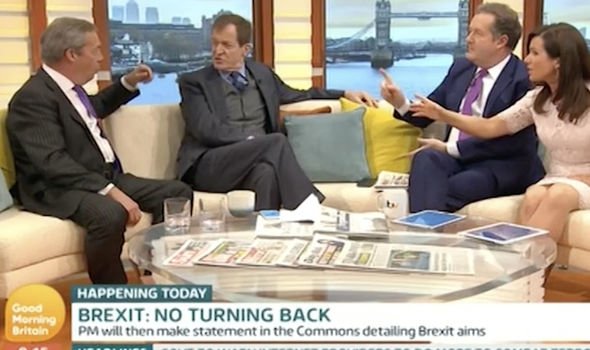 Meanwhile, Piers yelled “Ding, ding!” from the sidelines and Susanna smirked at the coarse exchange.

Mr Farage yelled: “Do you loathe democracy so much?”

Mr Campbell fired back: “Democracy? Let me ask you this about democracy.

“When do you people, when are you… going to be held accountable for the pack of lies you’ve told?” 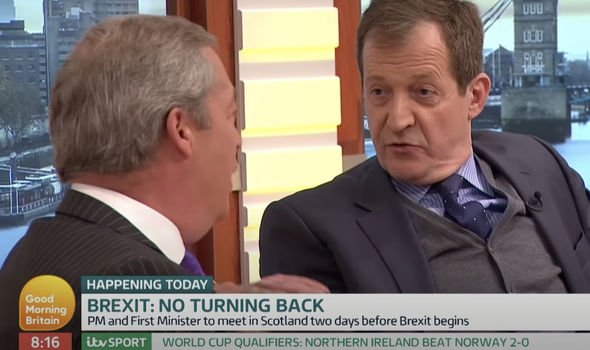 When he asked Mr Farage if the UK would remain in the customs union, the politician firmly said: “No!”

Mr Farage continued: “Shall I tell you the biggest lie? You told us it was a common market, it was about trade and not to worry our little heads…”

The politician said there had been “50 years of lies” and through his movement they had “redressed the balance”.

He continued: “We’re now getting our independence, our pride back, our self-respect back… let’s celebrate.

Mr Campbell fired back: “We’re going to be a laughing stock!”

Mr Campbell replied: “I don’t want lunch because it would be a waste of time, when I can spend my time trying to stop this madness.”

Mr Farage explained he was “not going to stop it” because it was “all over” and added: “It’s done, it’s done!”

In an unusual reference, Mr Campbell asked if Mr Farage, Nicola Sturgeon and Barcelona, when they were three-nil down, “gave up” in the past. 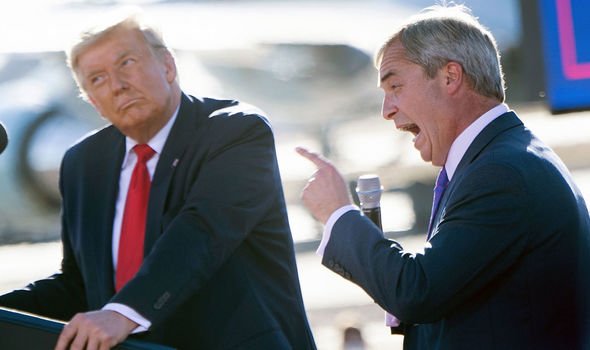 Through laughter, Mr Farage fired back: “We’ve left the Titanic, we’re in a lifeboat. We’re in a great spot!”

While the political figures were amid a tense clash, Good Morning Britain viewers were not impressed by the debate and took to Twitter to air their own grievances.

One user wrote: “OMG this is just noise!! Nobody wants to listen to this on a morning. Farage just shouting over everyone.”

A second added: “No point having these two on the sofa together. All they are doing is talking over each other like a pair of kids”

A third wrote: “PATHETIC Brexit argument between [two] stupid men shouting over each other.”

Alastair Campbell appears on Love Your Weekend With Alan Titchmarsh, which airs at 10am today on ITV.

‘The Pioneer Woman’: What Is Ree Drummond and Ladd Drummond’s Net Worth?