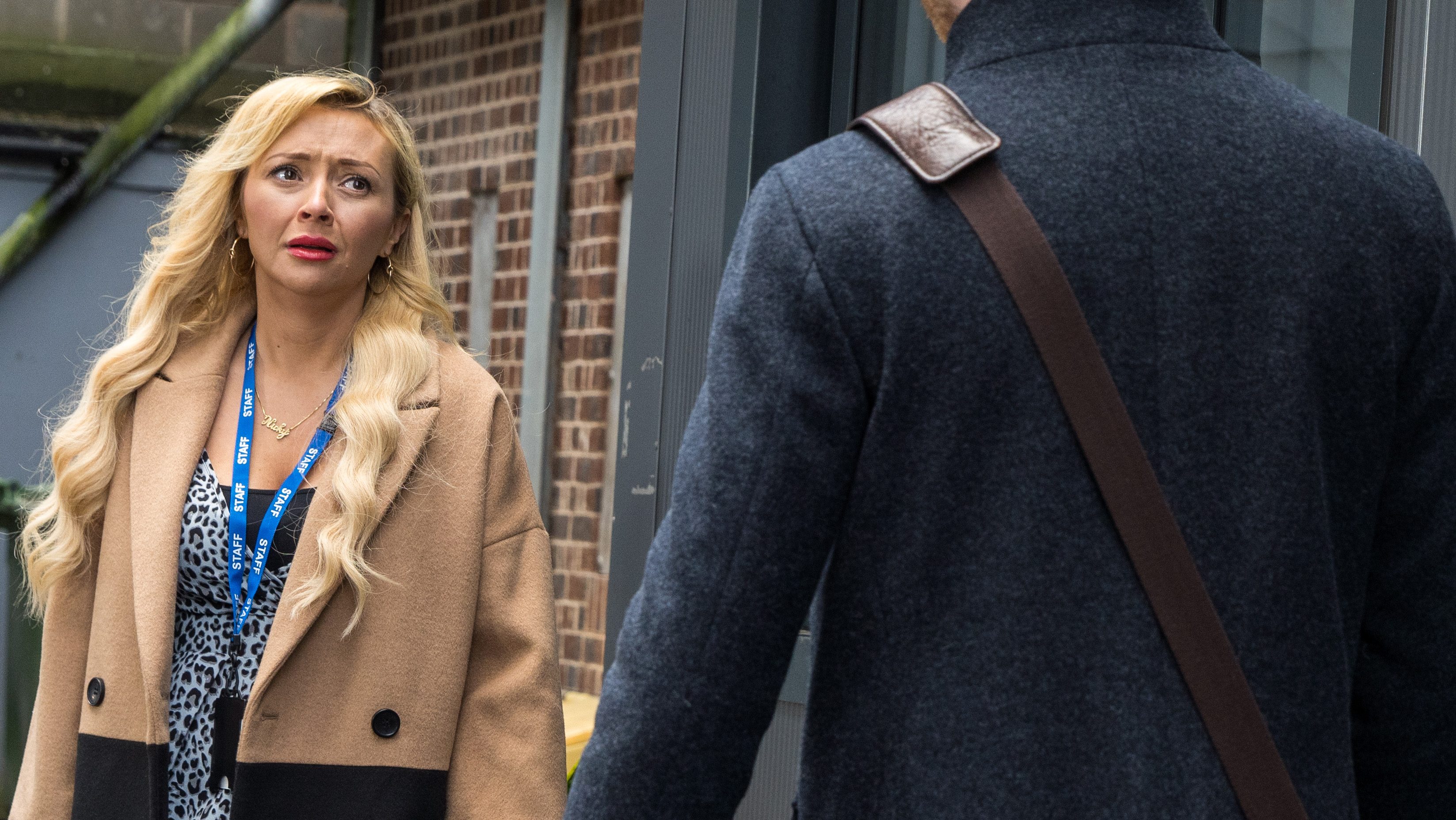 Daisy Midgeley (Charlotte Jordan) does a spot of match-making in tonight’s Coronation Street when she decides to set Nicky Wheatley (Kimberley Hart-Simpson) up with a date with her ex, Ashley.

Daisy isn’t playing Cupid out of the kindness of her heart, of course. It’s all a cunning plan to keep Nicky busy so that there’s less risk of Daniel (Rob Mallard) being tempted to stray in her direction.

Ashley is a footballer and has quite a bit of money, so Daisy reckons that Nicky won’t be able to resist him.

Ever since Nicky returned to Weatherfield, Daisy has been unsettled by how close she and Daniel seem to be.

Now that Nicky is working at the school and she and Daniel are organising a school trip to Edinburgh together, Daisy’s insecurity has reached new heights.

The pair act very strangely with each other and a clearly embarrassed Nicky wastes no time in getting out of the Rovers before things can get too uncomfortable.

The damage is already done, however – Ashley tells Daisy all about Nicky’s past life as a sex worker.

Daisy decides to confront Daniel with this new information. ‘She assumes that Daniel doesn’t know,’ Charlotte Jordan told us.

‘She thinks she’s got this ridiculous piece of gossip, and can’t wait to tell him because she thinks that that’s going to somehow darken the image of Nicky in his eyes – which is obviously totally incorrect, and super judgmental anyway.’

So how will Daniel react? Will he tell her everything about how he met Nicky (‘I just wanted someone who wouldn’t mind dressing up in my dead wife’s clothing…’), or will he pretend that he knew nothing about her former job?

It’s all set to be an uncomfortable evening for him – but where will it leave his relationship with Daisy?

And once secrets start to spill out, they have a nasty way of spreading…