NCIS is getting fans ready for season 19 with a big promotional push all over social media. CBS has dropped a 30-second premiere teaser, a new key art poster, and a plethora of images from the first episode. The long-running procedural has a lot to promote for the upcoming season, including two new cast members and a brand-new night and time in the CBS primetime lineup.

They are doing all of this while remaining tight-lipped about what’s coming next for Gibbs (Mark Harmon) and his team. However, one cryptic comment from star Diona Reasonover has some fans thinking that Kasie Hines could be in danger. 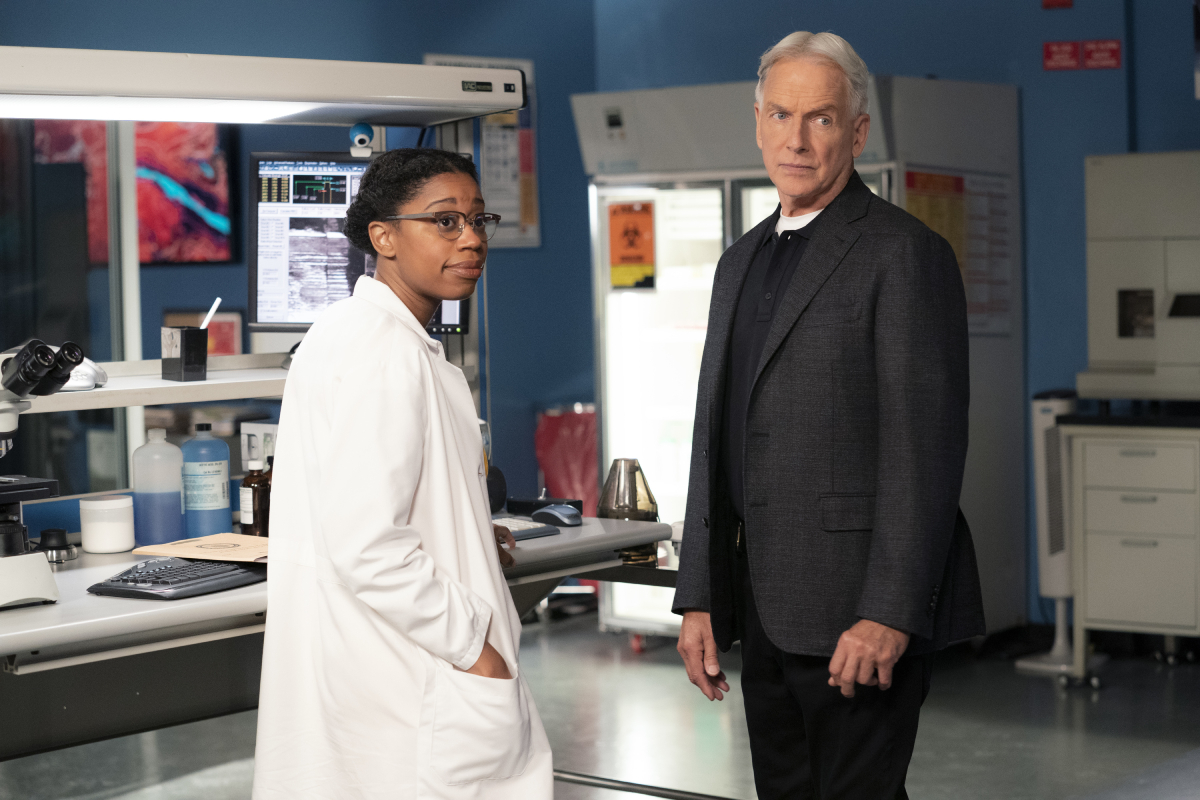 ‘NCIS’ season 19 picks up exactly when season 18 left off

NCIS fans got their first look at season 19 when CBS released the 30-second teaser for the season premiere episode titled “Blood in the Water.” The clip shows that the new season will pick up exactly when last season left off — after the explosion of Gibbs’ boat Rule 91.

In the official episode description, CBS revealed that Gibbs’ team would finally meet Pam Dawber’s Marcie Warren, an investigative journalist who appeared in four episodes at the end of season 18.

“As the NCIS team searches for Gibbs after wreckage from his boat is discovered, they find out he was tracking a serial killer with journalist Marcie Warren (Pam Dawber), who wrote an exposé on him,” the official description reads.

Katrina Law and Gary Cole join the cast for season 19

After dropping the teaser, CBS released a promotional poster for season 19 that featured the new look of the NCIS cast. The image also had a few surprises.

“We think it’s about time this diner had a name. Grab a cup of coffee at Elaine’s Diner. #NCIS,” read the caption of the official NCIS Twitter account.

‘NCIS’ fans think Kasie Hines could be in danger

In another post from the NCIS Instagram account, they featured two more images from the newly-named “Elaine’s Diner.” One was from season 18, and it featured Gibbs and Marcie sitting at the counter when they first met. The other was a pic of Kasie and Jimmy from season 17. Fans will recall this special St. Patrick’s Day episode featured the two characters stopping at the diner for bagels and getting held hostage in a robbery.

In the comments section of the post, Reasonover wrote, “And now Kasie gets her 🥯 to go!”

Many fans thought Reasonver was simply referring to the tense episode from season 17. But one had a feeling that she was hinting at danger for her character in season 19. Could this cryptic bagel comment be a clue that Kasie will find herself in another bad situation in upcoming episodes?

“@dionareasonover I feel like this comment might mean something that I don’t like the sound of….💀,” the fan wrote. “I’m just talking about what diona said….. not the pics….. it might be a hint for what’s to come….. who knows with ncis at this point😂.”

‘NCIS’ fans want to know who’s walking out the door

With all of the new images and talk about NCIS season 19, fans have been looking for clues and sharing their speculation about what’s coming next. In the key art poster from Elaine’s Diner, there’s a blurry image of someone walking out the door. And fans are going crazy trying to figure out who it is.

“Who’s just walking out the door? Is this a clue?” one fan asked. Another speculated, “Wonder who the guy is leaving… Is it a Doctor or Spurgeon… Maybe Deeks?”

“Oh, I didn’t see that person at the door,” a third commented. “Hard to tell – too blurry – but it does look like a male. Wouldn’t that be exciting if was Tony though!”