Sean Murray has spent 18 seasons playing Timothy McGee on NCIS. But that doesn’t mean that he doesn’t occasionally have moments of stress when he’s in front of the camera. He recently shared a story about shooting a challenging scene and how his then-co-star Pauley Perrette helped him through it.

Sean Murray was filming an episode with ‘mountains of dialogue’

As cybersecurity expert McGee, Murray often has to deliver highly technical dialogue. Usually, that’s not a problem for him, but there was one episode where he struggled a bit.

“We were doing an episode that was a really heavy McGee episode and there was lots and lots of tech talk, which I’m actually good at because I know and understand a lot of it,” Murray said in an interview with the Chicago Tribune published on Jan. 26. “But this was an episode where I just had mountains of dialogue in every scene and the pace of shooting television is just go, go, go, go.”

Toward the end of shooting, Murray had a scene with Perrette in her character Abby Scioto’s lab. He had a monologue he was supposed to deliver, but his brain “hit a wall.”

“I remember feeling panicked and looking at Pauley after rehearsal and saying, ‘I’m not going to remember a word of this. I can’t do this,’ he recalled. 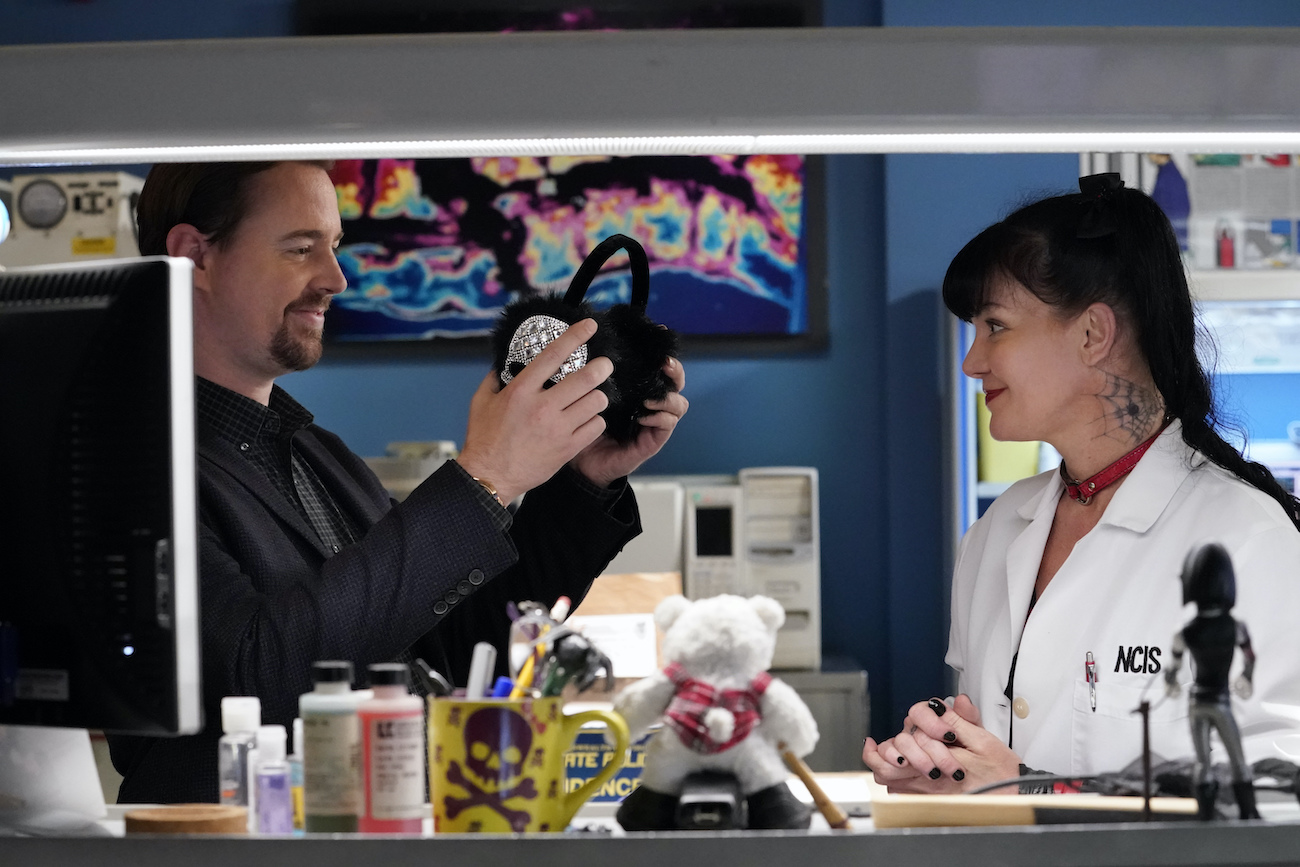 After Murray confessed his concerns, Perrette gave him some advice.

At first, Murray was resistant, telling Perrette “that goes against everything that acting is about!”

Murray eventually relented, but he didn’t feel great about it

Despite his initial reluctance, Murray eventually realized he had no choice but to follow Perrette’s advice.

“[I]t became a matter of pure survival; you’re there to get things done,” he said. “So I did it. I wrote down the monologue and I stuck it to the computer and I read the entire thing during the scene and I felt like the worst actor in the world.”

[Spoilers ahead for the Jan. 19 episodes of NCIS.]

Murray has had a long run on NCIS, but could recent events mean he’ll no longer have to memorize that tech-heavy dialogue? After being shot by Gibbs (Mark Harmon), McGee is in the hospital recovering from his injuries. But despite a brush with death, McGee isn’t going anywhere, Murray said in a recent interview with TVLine.

Instead, upcoming episodes will focus on McGee’s recovery and how he deals with knowing that Gibbs shot him, even if is was to save his lie.

“A lot of it is not necessarily just physical but emotional,” Murray said. “Just wrestling with and coming to terms with … the fact that somebody so close to you, that’s like a father figure to you, more so than even your real father was, shoots you.”