Naga Munchetty was hit with major backlash and hundreds of Ofcom complaints following an interview when she and co-presenter Charlie Stayt appeared on Saturday Kitchen last week. The two were accused of being rude and criticising the cookery show’s presenter Matt Tebbutt for his interview questions. Today, Naga addressed the matter.

During a live link between the show, Naga teased Matt asking him if he had a nice and relaxing week, making a nod at all the complaints.

“I can’t think of anything going on this week, to be honest,” replied Matt, sticking with the joke.  “We are missing you here obviously, in the studio today Naga.”

The Breakfast presenter continued: “I’m glad you said that. But you’ve got some great guests coming up.”

“Yeah I have,” said Matt. “Shall we stay with this for a while or shall I move on,” he added with some resentment in his tone. 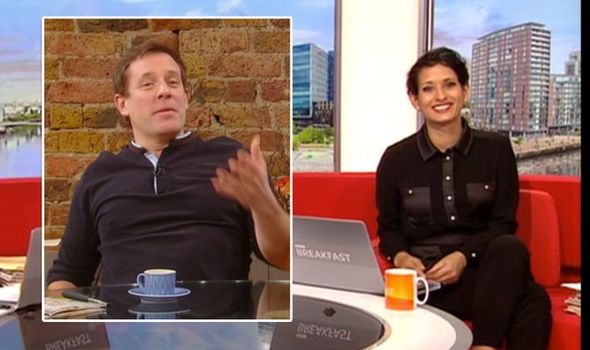 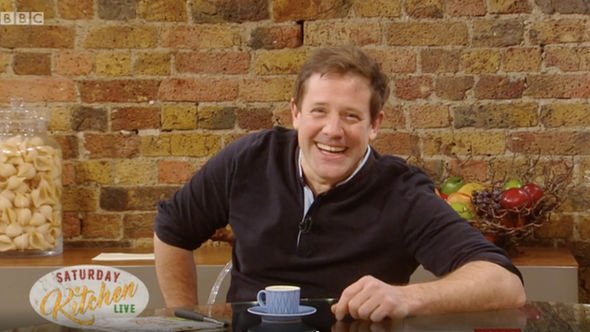 Naga however was ready to face him head-on: “You know what Matt? Bring it on. I mean seriously, did you now learn? Did you now learn the lessons from last week?

Matt though wasn’t willing to keep on the banter and said: “I’ll move on.”

He then introduced his guest for the day, Emily Atack, who is making her second appearance on the show.

“This is a live one, this is scary,” she said and Matt hit back: “Why is it scary? Should have been here last week?”

“I heard,” the actress replied. 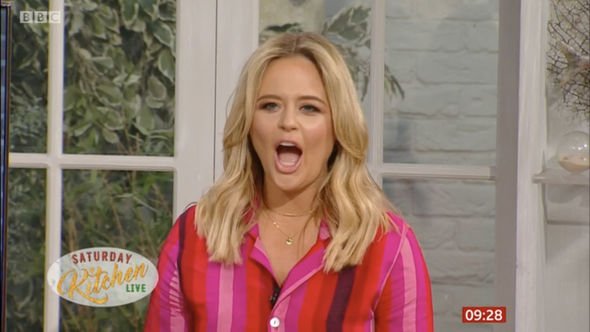 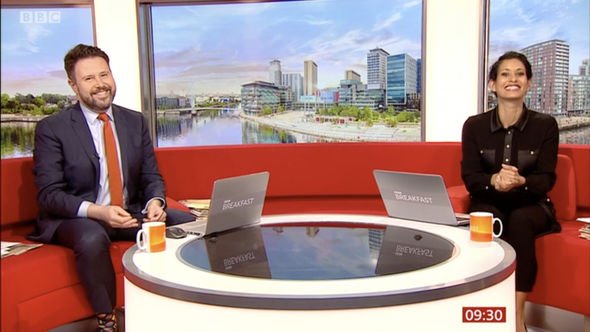 Before handing it back to the Breakfast studio, Matt quipped: “There are no newsreaders in the studio, it’s shaping up to be a good show.”

Before saying goodbye, Naga wanted to speak to the week’s guest: “Can I offer Emily some advice?

“Emily, if you are nice to Matt he’ll push it towards heaven. Just thought I’ll let you know. He gets his sweet revenge in his own way.”

Over the past week, BBC Saturday Kitchen has been hit by more than 100 complaints after the recent controversial episode.

Those watching at home accused the Breakfast presenting duo of “inappropriate” behaviour to host Matt, which came as they drank and ate during the programme.

At one stage, Naga told viewers: “For everyone who had turned off the news for a bit of relaxation, don’t tune in to Saturday Kitchen.”

Charlie also ridiculed Matt’s questions, with the TV host admitting he was losing control of the studio: “I want to see the list – he’s worked hard on these. How do you switch off? Great question,” he said.

“Can someone tell Naga and Charlie they’re not presenting?” one viewer fumed.

Another commented: “Naga & Charlie were pretty awful guests in my opinion! I thought they were very rude and disruptive – they are fellow presenters!”

The BBC subsequently issued a statement over the controversial episode, saying: “Saturday Kitchen Live’s format allows for an informal chatty style and the guests are encouraged to feel relaxed in the studio.”

“Some viewers found the behaviour and comments of the guests this week to be inappropriate and that they were rude to presenter Matt. We appreciate the feedback and we shared it with the Saturday Kitchen team.”

Saturday Kitchen airs Saturday mornings at 9.30 on BBC One.

Look at me: why television is now pop culture’s main game