The Scottish National Party MP Ian Blackford joined presenters Charlie Stayt and Naga Munchetty on Saturday Morning’s BBC Breakfast to discuss the cost of living crisis in Scotland. However, as the conversation got heated, viewers hit out at Munchetty for interrupting the MP.

In an effort to support the nation, she put pressure on Westminister to put a freeze on the price cap, and Ian Blackford joined the show to discuss the crisis.

After introducing the MP, the BBC host asked Blackford what Sturgeon planned to do.

To which he responded: “At the end of the day, these are the matters reserved to Westminister and what we are saying is the price cap that was announced yesterday is unaffordable.” 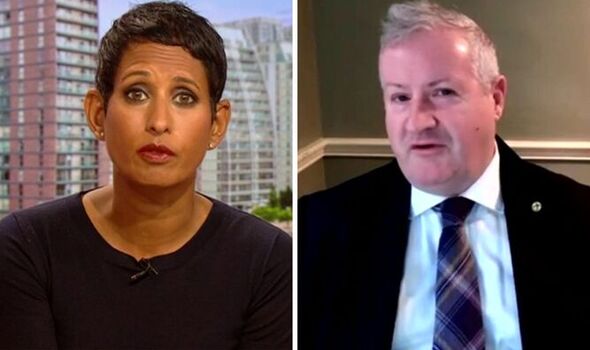 I’m A Celebrity… Get Me Out Of Here line up revealed: Caitlyn Jenner confirmed