Jeremy Kyle shuts down guests amid fiery debate on Rushdie

Jeremy Kyle has been standing in for controversial journalist Piers Morgan on his TalkTV show Uncensored while he takes a couple of weeks off. Tonight, Jeremy entered a fiery debate with guests, Conservative author Douglas Murray and Abdullah al Andalusi. However, things took a heated turn when they spoke about author Salman Rushdie, who was stabbed on stage in New York. The pair failed to answer any of the host’s questions, which led to Jeremy becoming frustrated and cutting them both off.

“He is now off of a ventilator but remains in a critical condition. The 75-year-old has faced years of death threats over his satanic novel.

“Comedian Dave Chappelle was attacked on stage in May, and then Netflix faced repeated calls to drop him over his jokes on gender and trans issues.

“Performers face the ever-present threat of cancel culture, [and] on the same day that Rushdie was attacked, comedian Jerry Sadowitz had his Edinburgh show axed over complaints of racism and misogyny. 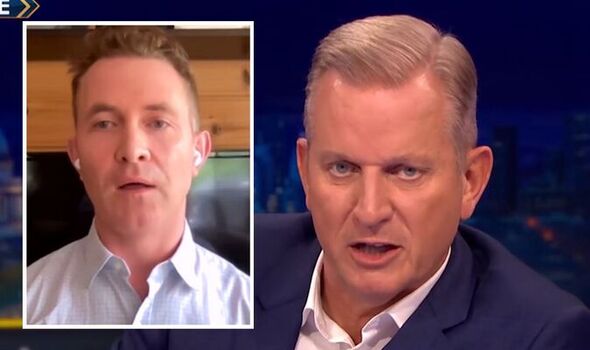 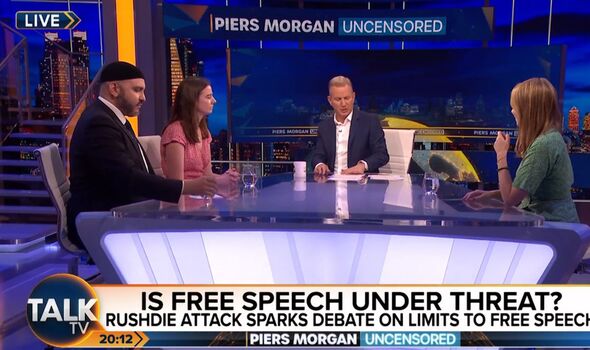 “Britain’s own Jimmy Carr faced a massive backlash for a joke about gypsies and the holocaust, a joke he said could have ended his career.

“For us tonight, there is one big question, is there such a thing as too much free speech, or should we always defend the right to offend?

“To quote Piers Morgan, has the world gone nuts, my friend?” to which Douglas replied: “You said is there any limit to free speech?

“And I am rather disturbed we are discussing this. It is three decades or more since the satanic verses affair. 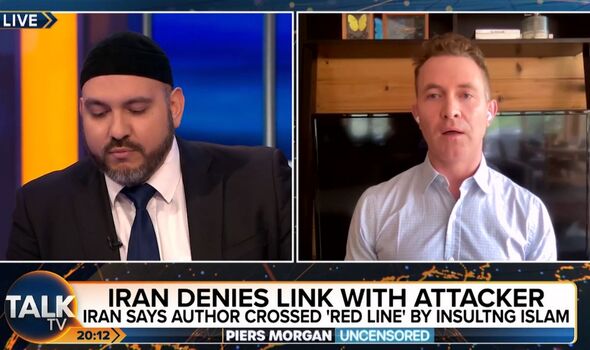 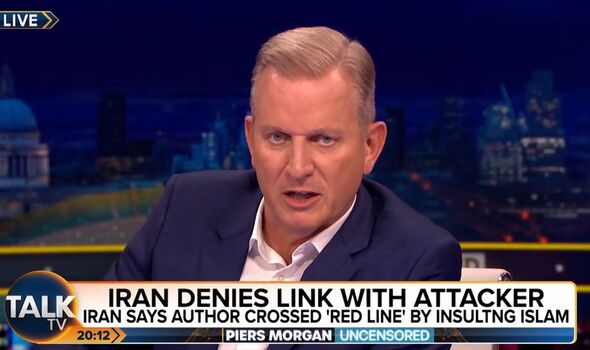 “We had these debates back then, where are the limits to free speech? I am rather disturbed that people have been killed over their right to speak.

“We are still at this elementary playground level of discussion, our societies have perfectly good laws in place, and we are not adapting our own speech codes.”

Moving over to his other guests, Jeremy began with Abdullah, and asked: “Quite a strong rhetoric from Douglas Murray, but government has said that Rushdie was to blame for the attack?”

Abdullah exclaimed: “Firstly, I find it rather strange that Douglas Murray, who has had a history of advocating for restrictions of free speech.

Douglas sighed before slapping down: “You should just answer the question. You will notice that this lunatic can’t answer a basic question.

“Why don’t we start with the basics for you? What a weasel you are, what an absolute weasel you are. What you will find is if someone put a million dollars on someone’s head, and somebody who attacked us you would think they would bare some responsibility.

“Because you are a dishonest weasel, you are not willing to do the basic thing of condemning the attack.”

Furious that the pair weren’t directly answering the questions and constantly speaking over one another, Jeremy pulled the plug.

He exclaimed: “I tell you what I would like to demonstrate, this is my programme,” before moving on to the other guest’s thoughts.