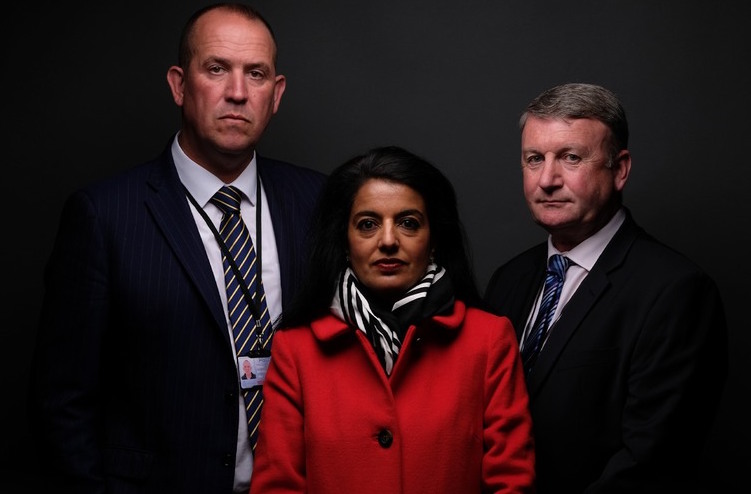 A big old whodunit, set on a windswept Scottish island occupied by a shady host of local characters. It’s the kind of set-up we’ve seen hundreds of times before – but Murder Island is a little different to your run of the mill detective drama.

This is a brand new Channel 4 reality show, where members of the public attempt to solve the mystery to win a big, fat cash prize.

Dreamed up by best-selling crime writer Ian Rankin over lockdown, the first episode drops four teams of two into the mix to solve the murder, with their investigation overseen by a host of police bigwigs – led by led by Parm Sandhu, a former Chief Superintendent with the Met Police.

The game is afoot, and things get off to a strong start.

On hand to take on the case are Andrew and Rick, brothers with policing in their blood who get off to a good start. There’s also self-declared nosy parkers Dot and Rox, Miss Marple obsessives Caroline and Chrissie, and astute pairing Sarah and Richmond.

And what’s the case? A free-spirited woman by the name of Charly Hendricks who had recently moved to the island has been killed. Her body is found at a shabby property she’d been renting from a local landlord, and it’s quickly discovered she was having a romantic relationship with a local shopkeeper.

While the players are picking through the clues, the viewer gets dramatisations of Charly’s final few weeks, showing her running away from her family to the island.

As well as attempting to solve the main mystery themselves, the viewer follows the contestants as they try their hand at detective work.

The pairs are critiqued on their crime-busting techniques and reprimanded for their errors as the episode progresses. Their mistakes range from little things like taking too many photographs at the crime scene, to massive blunders like walking through blood trails and picking up evidence.

The case itself gets intriguing pretty quickly, too. As it turns out, the woman who found the body is involved in an eco tourism project, buying up land across the island – could Charly have found herself at the heart of a property dispute?

Before seeing episode one, you’d be forgiven for having reservations about Murder Island. Murder Island could so easily have come across like a televised version of a naff work away day, or a real-life version of those tedious games you probably played over zoom during the darkest days of lockdown.

But the genuine insight that the former Met officers offer into the nitty, gritty of murder investigations elevates it to another level, and the solid reconstructions and performances by the actors make compelling viewing.

The whole thing comes across like a cross between the underrated Hunted on Channel 4 and a particularly grizzly episode of the Apprentice, with detectives looming in the background taking notes on the contestants like federal versions of Nick Hewer.

Like all good whodunnits, we found ourselves knee-deep in theories within the first half hour minutes, and we’re not ready to put down our magnifying glass and take off our deerstalkers just yet.

In truth, the real mystery is why no-one has thought of doing this properly on TV before. Immersive murder mysteries have been taking place in country houses across the nation for donkey’s years – so why has no-one made a go of it on mainstream telly before now?

On the basis of episode one, TV bosses have been missing a trick.

Murder Island continues next Tuesday at 9.15pm on Channel 4.

What did Taylor Selfridge say about being fired from MTV for her racially insensitive tweets? – The Sun