Monty Don joined Naga Munchetty and Charlie Stayt on BBC Breakfast earlier today to discuss the brand new series of Gardeners’ World which is hitting television screens later this evening. The presenters were keen to find out how this year’s series was being made considering the social distancing rules still in place and it wasn’t long before the horticulture expert discussed his mindset towards every episode they make.

Naga said: “You love it [gardening] still, you love it! I was reading that you say you make every programme as if it’s the last.”

Monty replied: “I love filming and I think you want to do well – the whole team wants to do well – and just because it’s a very calm programme.

“What you see is gentle and flows, you know as well as I do there’s a lot of paddling under the surface to made that happen and there’s a lot of skill – not from me in particular – but everybody involved is really good at it.

“And so, I certainly feel ‘today this could be our last programme ever, let’s make it the best we’ve ever done. Let’s really go out on a high’ and tomorrow we’ll do the same!’ 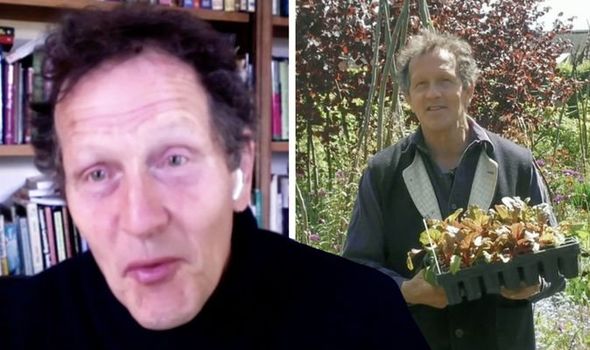 “And, that way it ups the anti a bit,” he continued to explain.

“It’s fun, it’s a pleasure to do because we’re in our element, I’m gardening, I’m outside, I’m filming which I like doing, I’m sharing with other people and in the last year I’ve hardly seen anybody.

“So it’s a pleasure to have communication with people. It’s all good.”

“As you well know Monty,” Charlie said. “People like to know how things are made. You are obviously working with restrictions – social distancing and other things – how did it work in the garden in terms of filming and who was allowed there and all that!”

“Hardly anybody,” Monty replied. “It’s been very, very odd because normally, for the last 18 years or however long I’ve been doing it, a crew of about seven or eight will turn up at 7.30 in the morning.

“We spend two days and it’s very much a physical team, we all know each other, some people I’ve worked with for 20 odd years or more and so it goes. 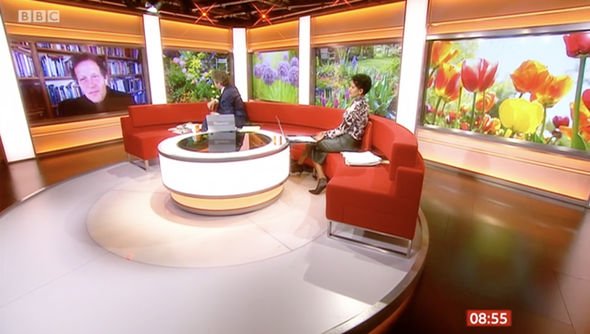 “It’s a collaboration. Now the whole thing is shot with mobile cameras, we have five miles of mobile cabling around the garden, we have four containers that have been trained into our carpark and there is a crew – an incredibly skilful one – but I don’t work with them!

“The whole thing is done by remote control!” He added. “And I speak to robot cameras.

“When you saw me on that little clip, there is no one else in the garden, there was me on my own and that’s how it’s been for the last year.”

Tonight, Monty will be back in Longmeadow welcoming viewers and Spring into his garden.

There are plenty of changes in store for the presenter to share with those watching at home.

As well as getting on with some essential pruning and weekend tasks.

Monty will be seen lifting and dividing perennials and shows others how to sow chillies. 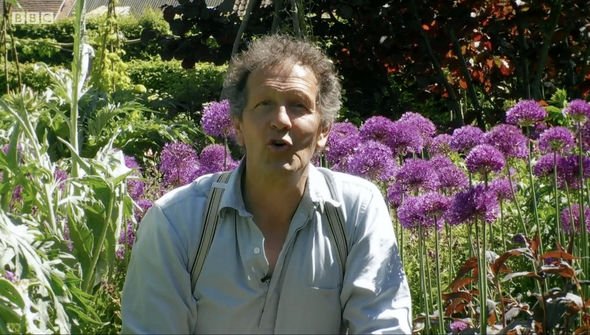 He will also make headway on growing this year’s vegetables.

Plus, Carol Klein is on hand to share the highlights of the plants that shine out in winter at Bressingham Gardens in Norfolk.

BBC Breakfast airs every day at 6am on ITV and Gardeners’ World returns this evening on BBC Two at 8pm with a brand new series.

Liz Cheney says she would not support Trump in 2024: 'We cannot embrace insurrection'